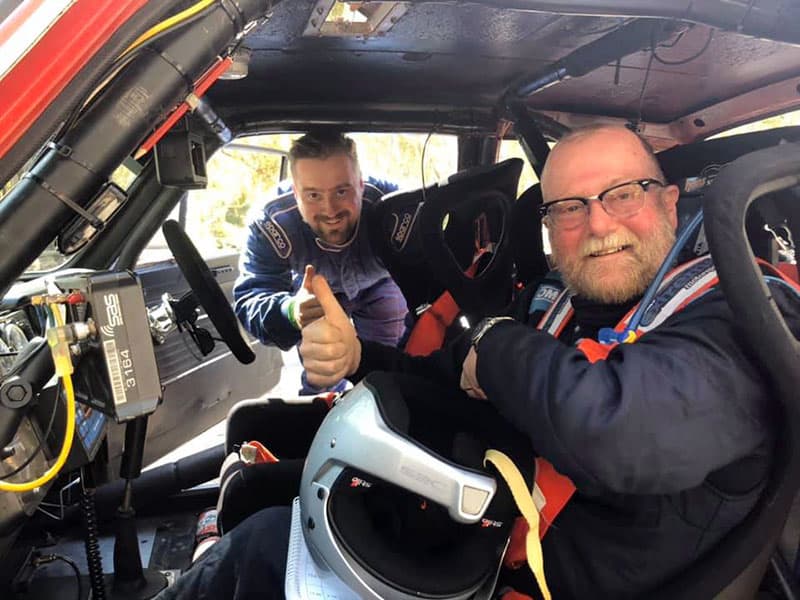 RallySport Magazine is saddened to hear of the passing of long-time Victorian competitor, Ted Perkins, after a long battle with cancer.

It is with a great deal of sadness that I sit and write this for Member 439 Ted Perkins, who slipped quietly away to that great raceway in the sky on Thursday evening.

I would like to offer Di, Joel and Amelia our sincerest condolences at this time. If there is anything the club can do in anyway please just ask.

Ted joined the Pakenham Auto Club in August 1994, although he had already being a competitor at our autocross’ prior to this date. He had been a long time friend of Life member Mick Kelly.

His quest in 1994 was to become part of the PAC Winton Six Hour relay race in his Volvo rally car. Ted competed in many PAC events over the next twenty six years and was a great friend and mentor to many in the club.

He competed in more than twenty circuit races quite often winning his class in his Mk 1 Lotus Cortina, he has a replica Lotus Cortina that he used in many rallies, he would talk about his adventures in the Classic Outback Trial or Alpine rallies for hours.

He was a terrific help at club events over many years acting as course checker, road closure official and Six Hour team manager being just some of many jobs he gladly took on.

Last Saturday I had morning tea with Ted, son Joel, John Hadden and fellow club member Tim Craig at his factory in Moorabbin where he was helping his son Joel in rebuilding Joel’s Excel Rally car, it is a lovely memory that I can reflect on forever.