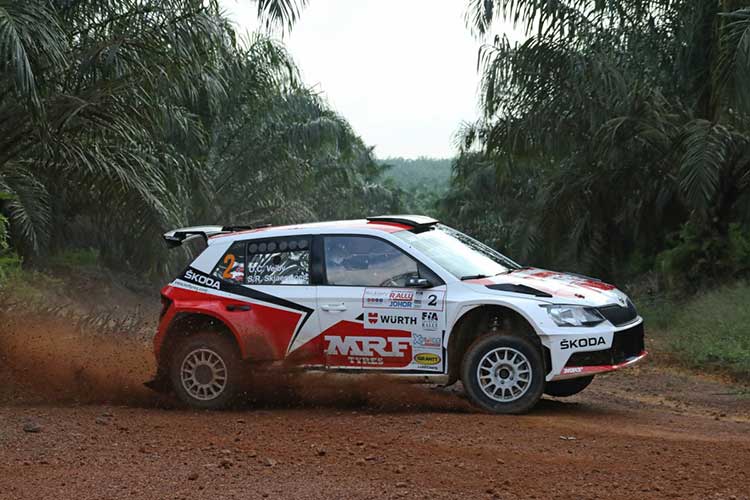 Ole Christian Veiby extended his lead in the APRC with victory in Malaysia. (Photo: APRC TV)

He headed a one-two result for the MRF Skoda team, and extended his championship lead to 10 points with two events to go.

His teammate and the initial leader, Gaurav Gill, finally rose to second place on the final stage after first breaking a steering arm, then suffering a failed alternative belt, the latter after a collision on a stage with fellow Skoda driver Yuyi Sumiyama.

The remaining APRC events this year will be held in Japan and then India.