Dutch Peugeot driver Kevin Abbring became only the second foreigner to win Belgium’s famous Ypres Rally in eight years, and the first non-Skoda driver to win in that period.

Bouffier had been challenged on the first day by Hyundai driver, Thierry Neuville, who threw away a close lead with a spectacular crash, but then on the second morning the leader, Bouffier, was delayed by engine mounting problems and was unable to catch Abbring in the final race to the finish.

It was Abbring’s second successive overall win in a Belgian championship rally.

This year’s Ypres rally saw a major breakthrough.  The event, which had been a round of the FIA’s European Rally Championship for over 40 years, was this year a round of the new TER series instead, and as an experiment was also a round of the British national series.

In the end the top TER competitor was sixth finisher, Giandomenico Basso, who was delayed on the first day with engine trouble, while the top British championship finisher was Keith Cronin in seventh. 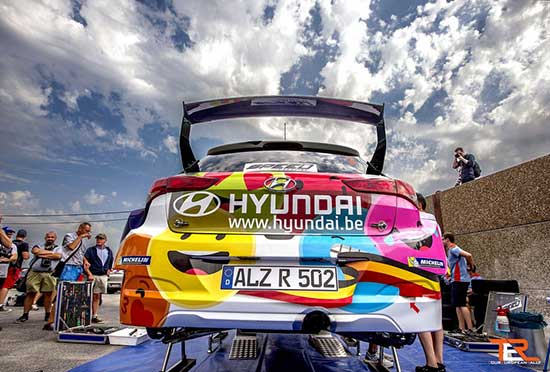 In a curious twist of fortune, the Ypres Rally is managed by Hyundai’s WRC team manager, Alain Penasse, who arranged for the Belgian driver Neuville to be a promotionally attractive pacesetting competitor.

Also, his team’s official entries of Neuville and the Korean trainee driver, Chewon Lim, both rolled their cars …