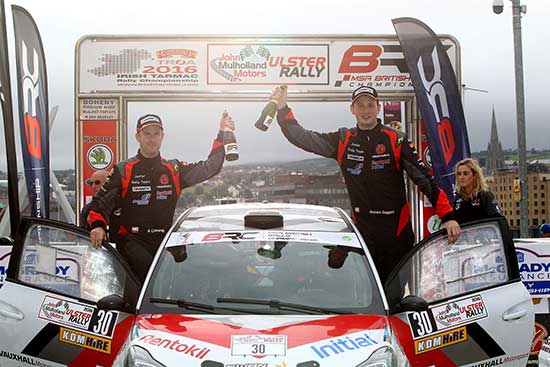 Based again in Londonderry in the west of the province,  the stages will be run in the counties Londonderry and Tyrone with two regroups, one in Londonderry’s Guildhall Square on Friday, and the other in Strabane Town Centre on Saturday of the event.

There will be night time stages on the Friday night before a full day of competition on Saturday.

Now it can be told …   The worst was still to come for Nikolay Gryazin’s co-driver on the recent Rzeszow European Championship Rally, after their heavy accident when in third place overall and leading the ERC Junior Under 28 category.

While both Gryazin and co-driver Yaroslav Fedorov emerged from the wrecked Fabia R5 intact, as Gryazin explained: “Yaroslav hurt his foot when the car number 22, the Fabia of brothers Jarek and Marcin Szeja, went off and crashed into our stricken car.  He fell into a ditch when he tried to run away.” 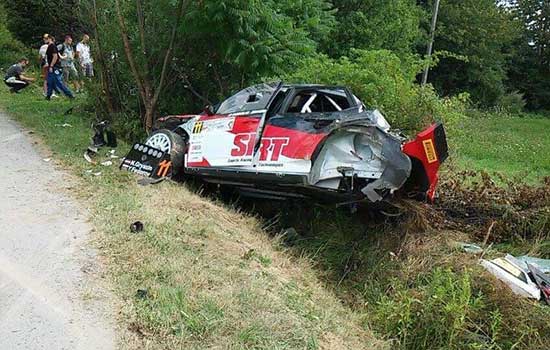 Other top championship scorers this year have been Carl Tundo in Kenya and Guy Botterill in South Africa. No championship contender scored on the opening round in Ivory Coast.