There was plenty happening in the rally world over the weekend, and as always Martin Holmes provides extensive coverage of who did what, and where.

… Finally the Bet One Jipocar team has presented their 2017 specification Fiesta WRC, the first 2017 car to be released to a private team, during initial pre-Swedish rally testing.

… Volkswagen refugee driver, Andreas Mikkkelsen, has been offered the position of guest commentator for Red Bull at the Swedish Rally.

Last week’s Sno*Drift rally, opening round of the 2017 Rally America series was definitely a different rally.

After Leg 1 an Open light class car was leading overall with another one in third and a two-wheel drive car in fourth.

The early lead went to Patrick Moro’s PMR Motorsports SR004 special, but he had engine failure on stage 2.  Jon Kramer’s old Subaru took over the lead but lost several minutes off the road on the spectator stage, and Ardadiusz Gruszka’s Mitsubishi Mirage R5 Proto took over the lead and won by over three minutes. 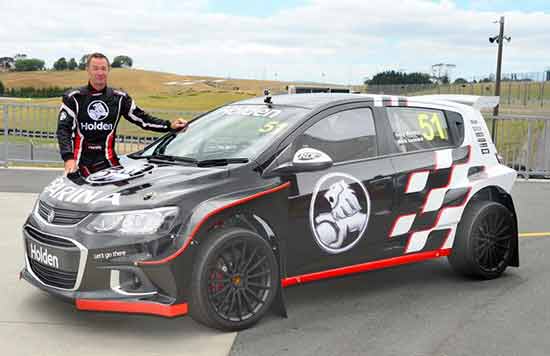 Greg Murphy and his new Holden Barina AP4. (Photo: Geoff Ridder)One more modified AP4 formula car is due to appear in New Zealand championship rallying this year.  This will be the Holden Barina (clone of Opel Corsa and Suzuki Swift) for Greg Murphy, for 20 years a Holden touring car driver.

It is reported that of the four cars produced for the 1.6 litre turbo AP4 formula, all except one currently runs with a larger engine.

Robert Kubica has decided to return to the race trscks and enter Le Mans and the World Endurance Championship, notwithstanding that he has a Fiesta WRC and a Renalt Clio S1600 availabe for rallying.

Armin Kremer’s premature retirement at Monte Carlo has prompted him to abandon this year’s WRC2 aspirations and has cancelled his planned entry for Mexico Rally.

Instead he will give his support for the European Junior champion Marijan Griebel. Griebel will take over driving Kremer’s BRR prepared Fabia R5.

First round of the Swedish Rally Championship was the short Svenskt Masterskap Rally-Sprint.

Many favourites had punctures, cutting corners in snow-free conditions (but icy, watered road surface).  All five R5 entries suffered punctures at least on one run.

Mats Jonsson had a troublefree run in the ex-PG Andersson Skoda Fabia WRC, but struggled to get to grips with the car, lacking test time. 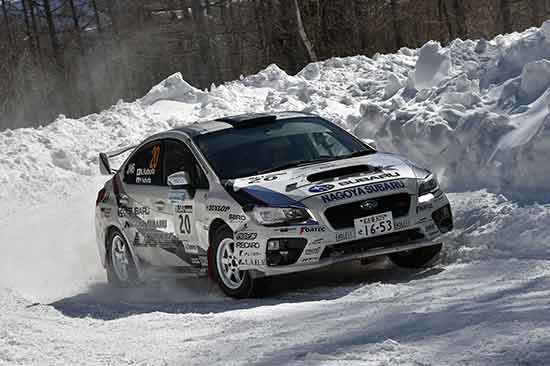 While their sons are preparing for the Swedish Rally in Europe, their Subaru driving fathers have been busy in Japan.

The Tsumgoi Rally was held for the first time as a Japanese championship event and was the first snow and ice rally in the JRC since an event in Hokkaido in 2002.  Studded tyres were, as usual, forbidden.

Declan Boyle retired his Fiesta WRC after a puncture and then engine trouble.

The event started in in wet conditions after overnight rain, then the weather turned very cold and the event was shortened because of icy conditions.

After missing the Sno*Drift Rally in their native USA the week before, the American Subaru team went to the opening round of the Canadian championship, the very cold Perce Neige (“snow drop”) rally at Maniwaki, Quebec, where they scored a 1-2 result for David Higgins and Travis Pastrana.

The Swedish Rally organisers confirm that Henning Solberg has been given late permission to change the class in which he has entered.  It is reported that he now hopes to run in a Fabia R5.