Four weeks later he then enters the Neste Rally Finland.   On both occasions, Osian will drive a Ford Fiesta R5 built and run by M-Sport.

Across the border in Austria, the Schneebergland Rally was won by Niki Mayr-Melnhof, ahead of veteran fellow Fiesta R5 driver Kris Rosenberger 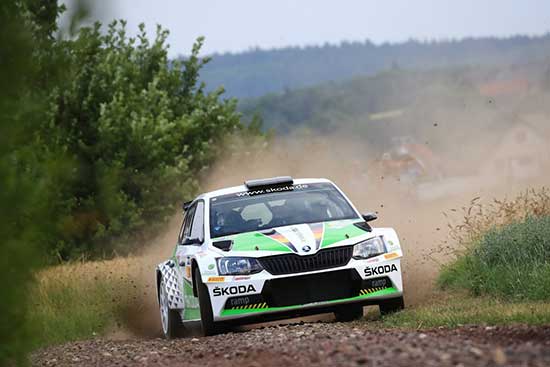 Skoda Fabia R5 driver Fabian Kreim.Realisation of the pressures on the teams created by the late finish to the Saturday leg of October’s Wales Rally GB has led to changes to the Sunday route, enabling a later start that day.

This has been done by cancelling the previously planned first stage, but there are still five stages to be run on the final morning.

Congratulations to 32-year old Jari-Matti Latvala.  It has been announced on Instagram that Maisa Torp accepted his proposal for marriage – romantically on Midsummer eve.