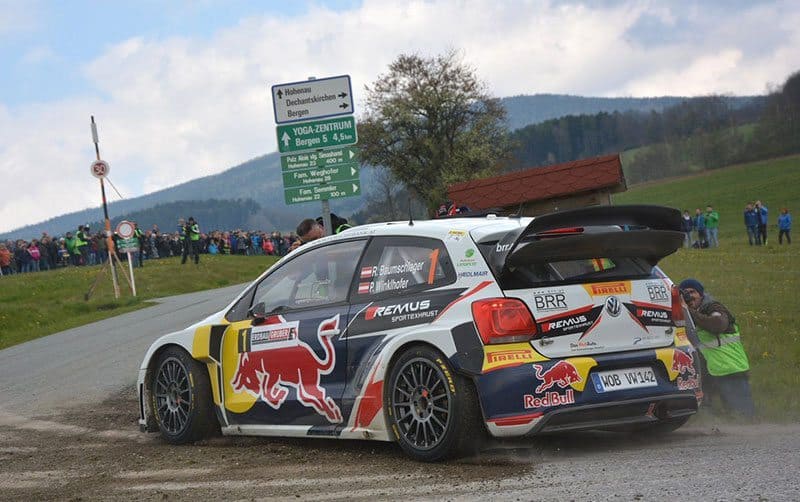 The Austrian championship ended with the Waldviertel Rally, held for 37th and, sadly, the final time.

Economic pressures have led to the decision that this famous series of events held in Lower Austria, originally known as the Semperit Rally, will not be organised in the future.

Raimund Baumschlager scored a last stage 5.4 second victory and his 14th national title, driving a 2016 version VW Polo WRC which he drove for five of the seven rounds.

He snatched the title from Fiesta WRC driver Hermann Neubauer.

Leading through the second day of the four-day Roger Albert Clark classic car rally is Jason Pritchard in front of Martin McCormack.

Escort Mark II cars are dominating the event, which finishes on Monday.

The official WRC Promoter launch for the 2018 season will take place earlier than before, at the Autosport Show at the NEC in Birmingham on January 11.

It is anticipated that all four registered teams will present their new colours schemes for the season.

Toyota has recently been testing new, even more aggressive aero appendages to their Yaris WRC, ready for next year.

First public appearance of an R4-Kit car is to be at the end-of-season French championship Rallye du Var (November 23-26).

Driving as zero car will be Stéphane Sarrazin in Oreca’s prototype Toyota Etios.

This year Julien Maurin and Teemu Suninen have also been helping to develop this concept car, which will then form the basis of the kits necessary for customer preparation companies to install in other makes of car.

Sarrazin said: “From the start, I have been very involved in the testing of the kit. The testing sessions have proven the car is reliable and efficient, now it is time for those involved in rallying to see it for themselves.”

The Rallye du Var is the local rally for Oreca, whose recent experience has centred on running the Toyota driver trainee programme with Eric Camilli and Suninen, earlier running S1600 cars for Brice Tirabassi and Simon Jean-Joseph.

Citroen’s C3 R5 is also due to run as a course car at Rallye du Var in the hands of the 2017 national champion Yoann Bonauto.

Pierre Budar, Citroen’s chief customer car engineer, said: “Our tests were all without major technical problems and we were able to reach the level of performance we had set ourselves.”

Stephane Lefebvre and Craig Breen had also been helping development of the car on 4000km tests on gravel and asphalt.

Bonauto said: “I started my career with Citroen as part of the Saxo Challenge, now I have secured my first works drive!”

Customer R5 cars are due to be released by Citroen in the first half of the 2018 season.

His time over the competitive sections was over 17 hours.