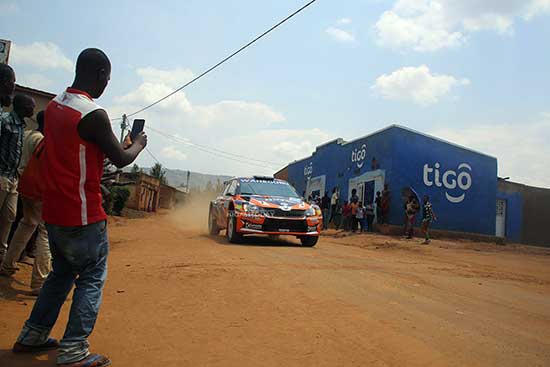 One point from the title! Kenyan driver Manvir Baryan won every stage on the Rwanda Mountain Gorilla Rally, sixth and penultimate round of the FIA’s regional African Rally Championship in a Skoda Fabia R5.

Manvir Baryan took a convincing win in the Rwanda Mountain Gorilla Rally.The final round of the series is in Zambia in October.

The event saw first stage retirements for two favoured drivers, Kleevan Gomes (Evo IX, rolled) and Rudy Cantanhede (Evo IX, suspension). The rally was based in Kigali and run in the south east of the country.

This weekend sees the penultimate round of the FIA European Rally Championship at a new venue.

Promoted by the business of local rally driver Max Rendina, the Rally di Roma Capitale will feature a parade by competing cars around the city’s most famous landmarks, including the Colosseum, Palazzo Venezia, Altare della Patria and Campidoglio. A true rally photographers’ dream!

This event will run concurrently, but separately, to the penultimate round of Italy’s premier CIR championship.

Rendina scored a spectacular success when he won the 2014 FIA’s WRC2 Production Car Cup after his car was personally blessed by the head of the Roman Catholic Church at the start of that season.

Another opportunity for the 20 year old Finn Juuso Nordgren, Neste Rally Finland’s 2016 “Future Star”, this time with Skoda Motorsport who are starting a campaign to search for young talented drivers.

Juuso Nordgren will be their first young gun when he drives a Fabia R5 at Rally RACC Catalunya.

On the 2017 Neste Rally Finland he challenged for the lead before a spin, puncture and broken steering. 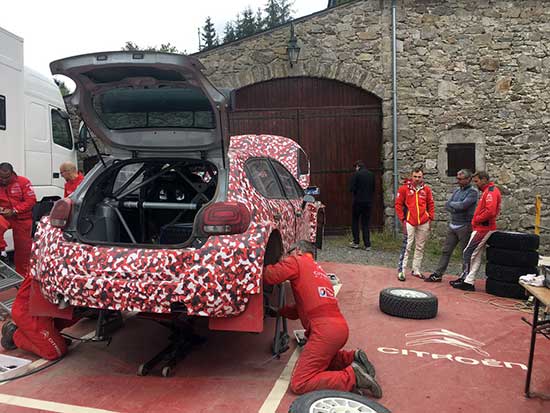 Citroen have been out testing their new C3 R5 car for next season.

Citroen have been out testing their new C3 R5 car for next season.Testing has started for Citroen’s new C3 R5 car with pictures of the heavily camouflaged test car being progressively released to the media.

No images have yet been released of Volkswagen’s planned R5 car due to appear in competition next year.

Reaction to the disappointments of being rested came first from unhappy Citroen driver, Craig Breen, who told his Irish fans who had booked their way to Spain:

“Sorry guys and gals, it’s true. We will not be taking part in Rally Spain. It’s my turn to give the others a chance. I am sorry for all my fans travelling there to support. I will try to plan something to repay all of you at the event.”

Sounds like a very large bar bill is on its way …

“We will not give up. We remain under contract until the end of the 2018 season and still have some rallies remaining this year to show what I know we are capable of. I am happy to be back in the car again for Rally GB and Rally Australia.”

Fabia R5 driver Dominik Dinkel won the German championship ADAC Rallye Niedersachsen after Fabian Kreim fell back after going off the road and finished third, behind the Hyundai i20 R5 of Rene Mandel.