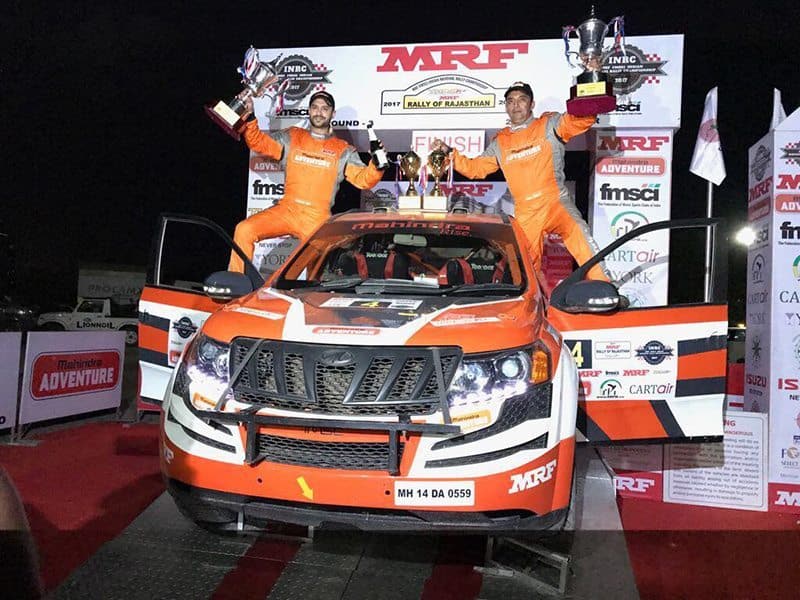 There was a sensational ending to the first rally of the New Year, the national championship Janner Rally in Austria, when the leader 24-year old Simon Wagner retired his 25 year old (!) Mazda 323 GT-R with gearbox failure.

Three stages before the finish the long time leader, Niki Mayr-Meinhof, had already retired suddenly when the fuel pump on his Fiesta R5 failed.

Second eventually was the Fiesta R5 of Gerhard Aigner.

Following on from his championship winning Asia Pacific Rally Championship title, Gaurav Gill was back in India winning his third out of four wins in the current national series.

His latest victory was on the Rally of Arunachal, based at Ziro in the far north-east corner of the country. This time he was back again in his Mahindra XUV500.

“They were the fastest and most technical stages that I have seen in the INRC in many, many years,” Gill said.

“We had a great car, wonderful set up and tyres, and we really enjoyed this win.”

Coming this week is the Autosport International Show in Birmingham, where the offical presentation of the 2018 World Rally Championship will take place.

It will be the first chance to see the designs of the 2018 World Rally Cars in public and their official liveries.

Also due this week is the publication of the full entry list for the opening round of the 2018 WRC, the Rallye Automobile Monte-Carlo.

Finnish driver Teemu Suninen has been announced in his home country as likely to enter eight rounds in the series in a WRC car (which will not include Monte Carlo), with extra events in WRC2.

Suninen has so far only contested two rallies in World Rally Cars, finishing fourth and sixth in 2017.