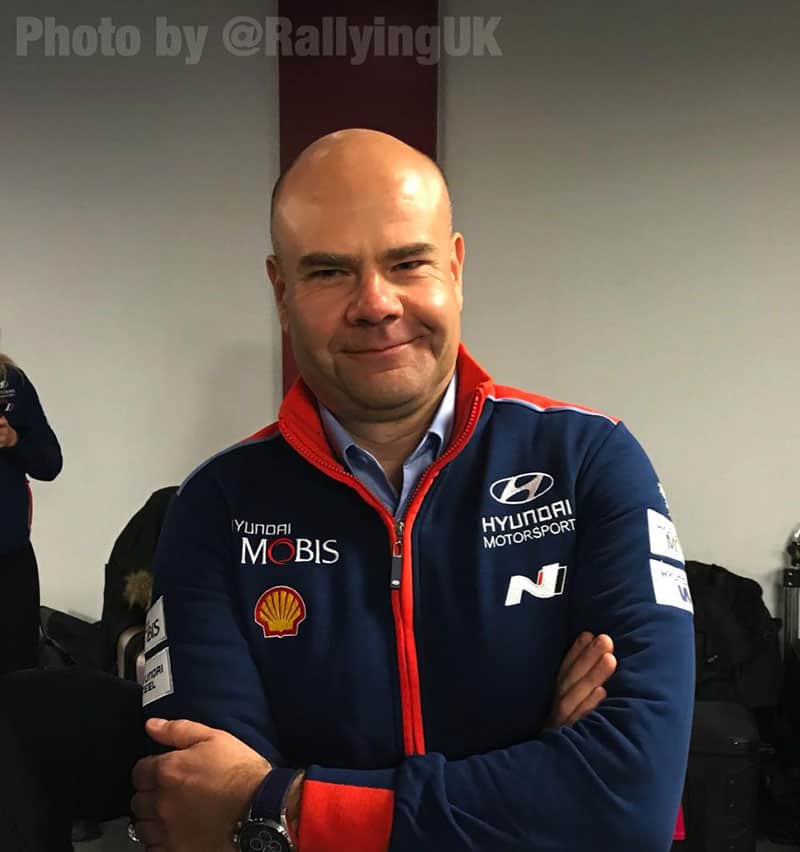 Reality about Corsica as expressed by Andrea Adamo (pictured above), team director of Hyundai Motorsport:

“We have arrived at the end of Tour de Corse in first position, but we cannot say that we have won this rally. We have inherited the victory as a result of a faster competitor’s misfortune.

“We would have finished in second place – which itself would have been an encouraging result and thanks to the fantastic efforts of Thierry and Nicolas – but to win truly you have to be the fastest and on this occasion we were not.

“Taking first place is of course a very positive thing for our team. We have been pushing hard and this will definitely act as a morale boost, but we have to be clear with ourselves where we are performance-wise, and where we need to be.”

Evans won four stages. Evans won more stages than Neuville, Toyota than Hyundai. Neuville did his public respect no favours by his expletive fuelled comments when he finished the final stage, thinking he would be beaten by Evans.

He later said: “I’m really disappointed for Elfyn, who did a really good job, but I think we deserved it as well”.

On their final national championship round before the WRC Rally Argentina, victory at Tafi del Valle went to Fiesta MR driver Federico Villagra. He finished nearly a minute in front of Gerónimo Padilla (VW Polo MR), with the Chevrolet Agile MRs of Miguel Baldoni and Marcos Ligato.

Ligato had been second until delayed by a puncture. Ligato leads the series by three points ahead of Baldoni.

A decision has been confirmed that Rally GB will have a new central service park for Wales GB, moving from Deeside close to be border with England to Llandudno.

There was a rule that recce cars should have a limit of 40kph when travelling through villages. Penalties were applied in the usual way, based on the excess of speed and more for repeat offences. Six crews were penalised, fines varying from Euros 325 to 1200 …

This rally is widely thought to be the most demanding for co-drivers. Winning co-driver Nicolas Gilsoul said: “I struggled. I gave Thierry some strange notes. I said turn right whereas we both knew it was left.” …

In addition to the huge entry for the WRC event, over 70 drivers competed on the historic section of the event. This was won by Marc Valliccioni’s BMW M3 E30. 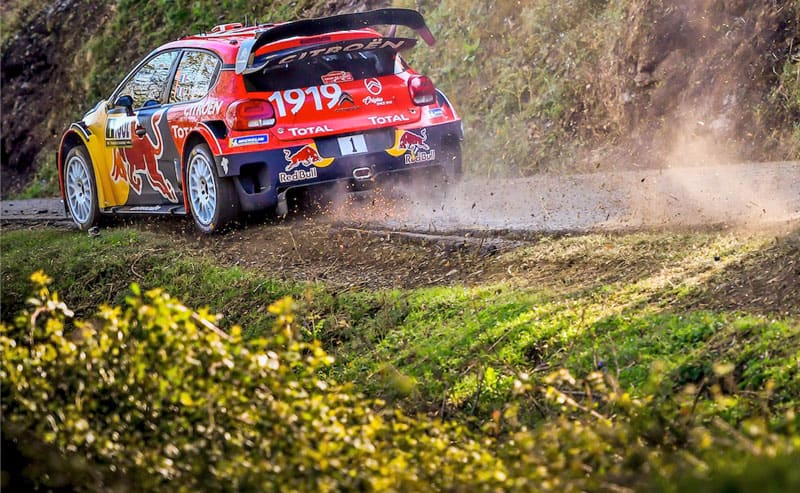 Regarding Citroen’s second place which disguised their disappointing performance, Sebastien Ogier said: “For sure the final result is much better than our performance.

“We came here with a specific goal (a win) but we are far from achieving it. We never had the speed to compete with the best. We weren’t really competitive.

“We didn’t even win a stage. It’s a bit unusual for me and for the team. There is plenty of work to analyse to understand what went wrong.”

Little surprise is the decision from Hyundai Motorsport that Sordo will drive their third car in Argentina and Loeb in Chile. 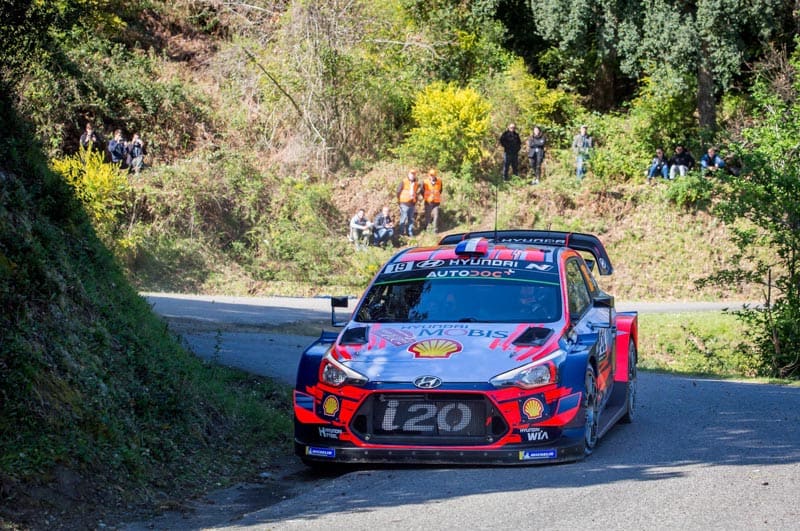