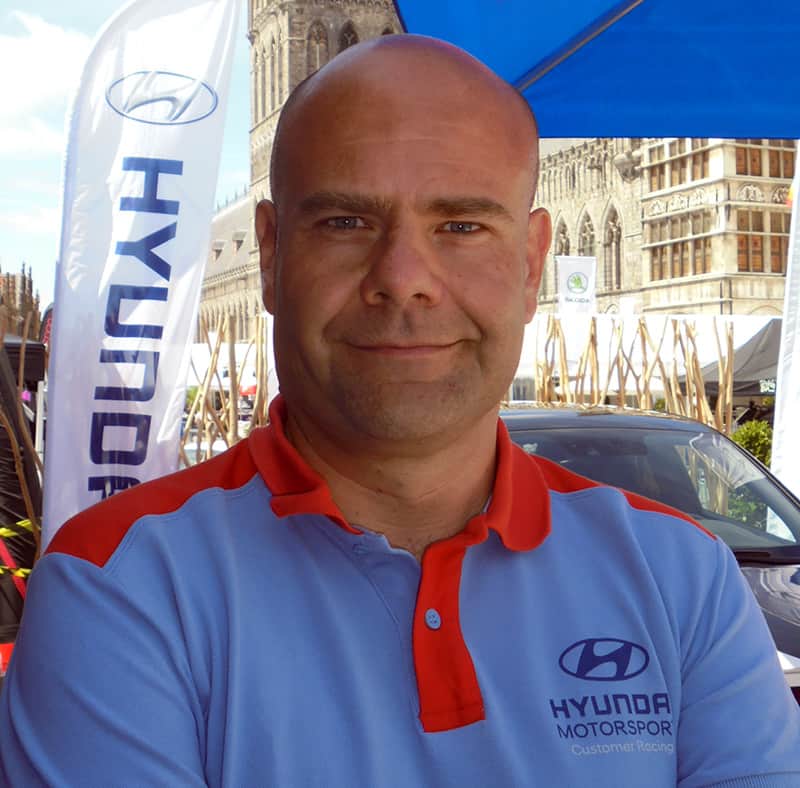 Two WRC Team Principals move on in a month! Firstly M-Sport’s restructuring of their WRC team caused Richard Millener to move into the position of Team Director, with M-Sport’s founder and owner Malcolm Wilson moving into a commercial responsibility.

Now Hyundai Motorsport GmbH have parted ways with their Team Principal Michel Nandan after six years with the team. His place will be filled by their Customer Racing Manager Andrea Adamo.

This means that the WRC’s most experienced team leader in 2019 will be Toyota Gazoo team’s Tommi Makinen – after only two years!

No reason for 60-year old Nandan’s move has been given by Hyundai, but there is widespread assumption that the lack of the team winning any official WRC titles must have been one.

Surprising changes are not new for Hyundai. In 2003 the team suddenly withdrew from the WRC near the end of the season following a financial dispute with the British based team running their programme.

Nandan had considerable experience in the WRC with Toyota, Peugeot and Suzuki teams. Adamo’s first responsibility will be at Monte Carlo where Sebastian Loeb will make his debut with the Hyundai team, shortly after his entry in the Dakar Rally.

Two new events have been added to the calendar for the 2019 FIA Asia Pacific rally championship, both in Australia. In June will be the Rally Tasmania, in August the Eureka Rally.

Like fathers like sons: 22-year old rallycross driver Niclas Gronholm, son of twice world champion Marcus, is to enter the Arctic Lapland Rally in a Fabia R5 (an event Marcus won twice). It will be his first major rally.

Meanwhile, 16-year old Oliver Solberg is to compete on the Rally Aluksne in Latvia in the same Volkswagen Polo GTI R5 which his father, Petter, drove on last year’s Rally Catalunya.

Did you see @OliverSolberg01‘s exciting news that kicked off the New Year? He’ll be driving at Rally Aluksne in the same VW Polo R5 that I drove in Rally Spain 😀💪🏼 it will be a fantastic learning and development experience for Oliver! Stay tuned to his social media for news 👍🏼 pic.twitter.com/3yRJfITkhM

Paddon confirmed for Otago Rally, as Winmax joins the party