Weekend Rally Round Up – June 30

Non championship driver, Craig Breen, led all the way from the fourth stage to the finish, after fellow VW driver Kevin Abbring was leading for the first three stages.

There were many punctures as drivers cut corners and several spectacular accidents.

There was close competition among the five entered British championship cars with four of them heading the BRC competitors on the short first day before British champion Matt Edwards pulled ahead of his rivals, finishing sixth overall followed by Hyundai driver Tom Cave. Rhys Yates and Martin McComack both crashed.

Top British Junior driver was James Williams in a Fiesta R2T, who led his category all the rally.

Thierry Neuville won the supporting Masters category event in a Hyundai i20 Coupe WRC while Eric Camilli drove demonstrations on the stages in a prototype Ford Fiesta R5 Evo.

Less fortunate, Sebastien Loeb drove a Hyundai i20 R5 on the French gravel Rallye Terre du Haut-Var but the steering broke on the second stage.

Apart from a downtown Superspecial on Friday afternoon, most of the rally is held on the west side of the main road from Nairobi to Nakuru, all south of the Equator and based at the Sopa resort on the banks of Lake Naivasha.

There are fourteen special stages totalling 268km, six being run twice, and the total length of the shortest ever Safari Rally is 811km. This is slightly longer than originally planned, because of route changes caused by heavy rains earlier in the year.

In view of the expectation that the event will soon be held as a full FIA WRC event, delegates from Hyundai and M-Sport teams are due to observe the rally.

The event is being run as the fourth round of the FIA’s African regional rally championship, currently being led by Kenyan Skoda Fabia R5 driver Manvir Baryan who won the previous round (Gomes Zambia International Rally).

The Indian Mahindra car manufacturer is to compete in national championship rallying with an R2T version of their small production XUV300 car, replacing the much larger XUV500 car used earlier.

Cars are to be driven by the team’s regular drivers Gaurav Gill and Amittrajit Ghosh. 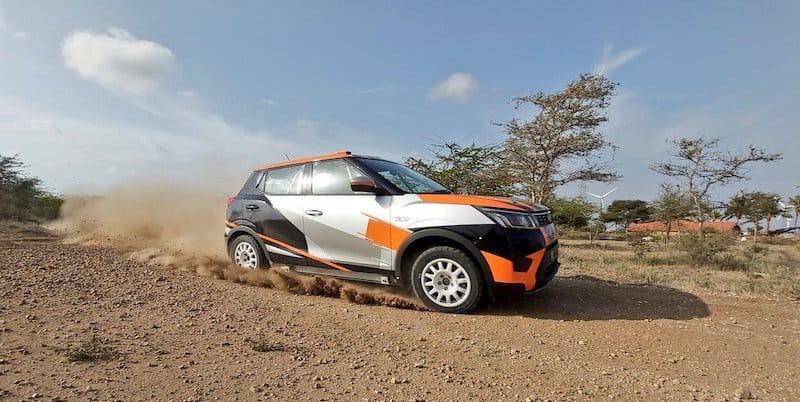 The car has a 1.2 litre three cylinder turbocharged engine and is due to make its competitive debut at this weekend’s Rally of Chennai, the opening round in the INRC’s 2019/2020 season.