There is a very proud family in Wangaratta this weekend after the Whitten family were awarded a considerable honour by Motorsport Australia at its annual awards night on Saturday.

The actual accolade was a prestigious Motorsport Australia Media Service award to Jeff Whitten and Peter Whitten, for their very significant contribution and unwavering support of rallying in Australia through the creation and continued publishing of Australian Rallysport News and latterly, RallySport Magazine.

From humble beginnings in late 1989, Jeff and Peter developed a network throughout Australia and then the world, reporting on all things rallying, from club events to World Rally Championships and on the exploits of drivers, novice and famous alike.

The publication has continued since that date.  That RallySport News/Magazine has been able to weather the rather traumatic transition from print to on-line web-based media is a credit to Jeff and Peter. 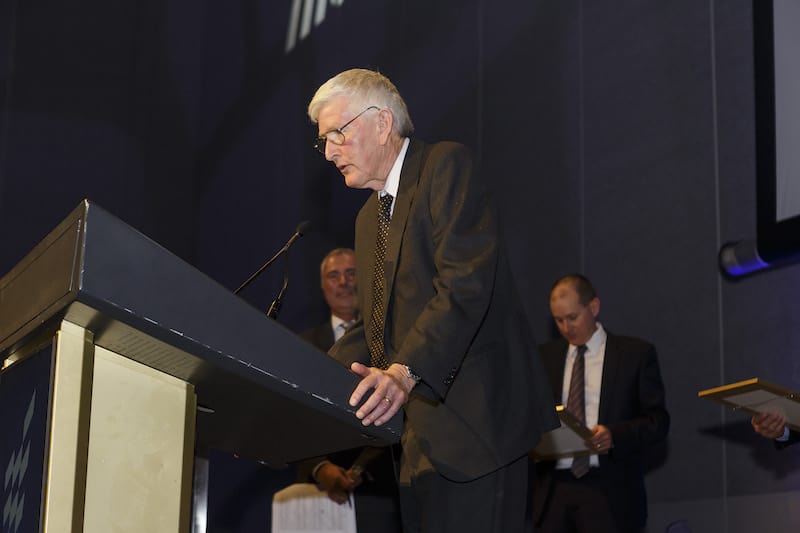 But as we all know, it’s not just Jeff and Peter – Peter’s two sons, Luke and Matthew are following in their father’s and grandfather’s footsteps as they take on more and more responsibility for creating and publishing content.

Add to Jeff’s wonderfully supportive wife, Betty, who keeps the whole family in one piece and Peter’s wife Clare, who performs the consummate support for their three children while Peter is gathering stories and taking photos for the next deadline… and you have a dedicated and enthusiastic family who provide all us rallyists the news of the day, from near and wide.

Peter and Jeff will be far too modest to shout out this award, so let’s all do it for them!

Congratulations to the Whittens and to RallySport Magazine!