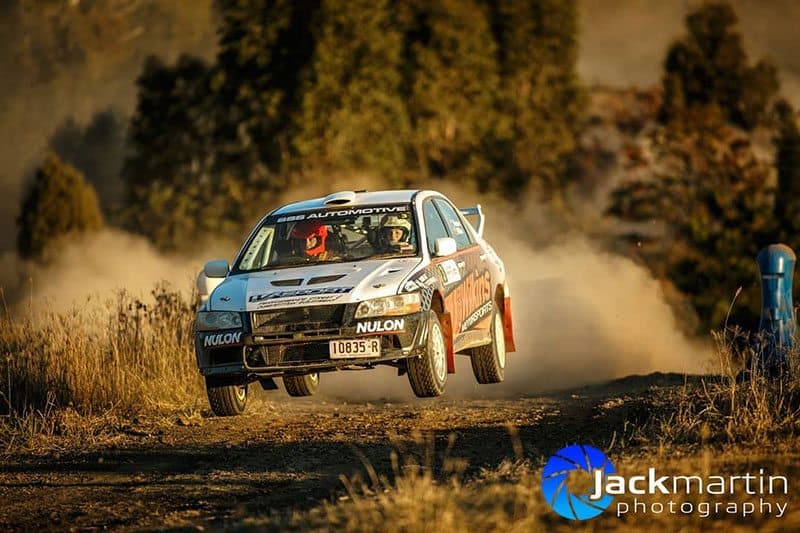 Sunday, May 20th saw a full field of over 60 cars start the Volksmuller Rallysprint, held at the Sydney International Dragway in Western Sydney.

The course, shorter than in previous years due to other events running at the venue, was all gravel with a few other modifications from previous years, including a tricky hairpin and natural chicane on the back straight.

The times were very tight at the top of the leader-board with only 10ths of seconds separating the top 4WD class rally cars.

JJ Hatton in the J-Sport Lancer Evo 9 was pushing the car hard, despite claiming he was only at the event for a bit of fun.  He was entertaining the large crowd with his sideways driving style and with consistent times came home in 2ndoutright. 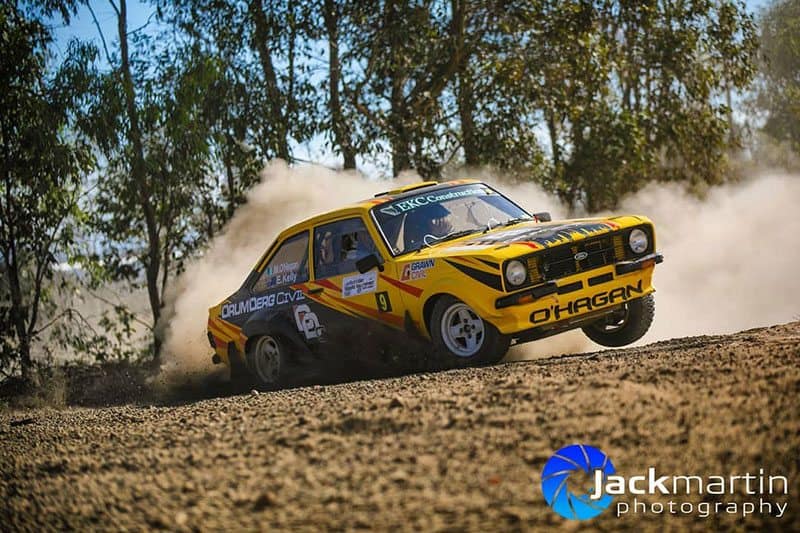 The O’Hagan / Kelly Escort on three wheels during Sunday’s rallysprint.

A standout performance from Tom Ryan in yet another Lancer EVO would round out the top spots on the podium.  The rallyschool.com.au driver didn’t back off throughout the day and showed some great skill finishing a number of runs over the course in 2ndoutright, equalling JJ Hatton’s times.

On his last run over the course, he would clip a tree, slightly damaging the car, but was happy with a 3rdoutright position.

Other standout performances would come from Jake Bramble driving the same rallyschool car as Ryan, he finished in 4thoutright. But the standout drive of the day would be 14 year old Taylor Gill in a Subaru WRX.

Despite his young age and limited experience, he showed great skill piloting the car into 11thoutright and 9thin class. Gill will be a driver to watch in future years. 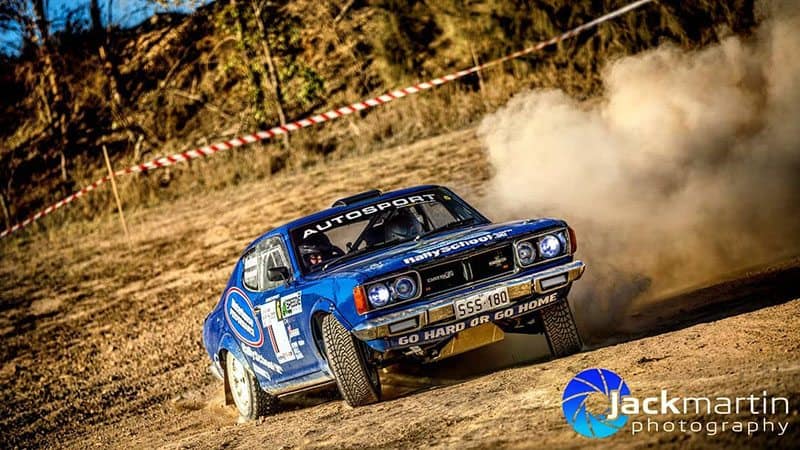 Jack Monkhouse and his Datsun 180B had a good battle with Neal Bates’ Celica.

In the 2WD competition, it was a battle between former Australian Champion Neal Bates in a Toyota Celica RA40 and former Alpine Rally Champion Jack Monkhouse in a Datsun 180B.

Some exciting sideways action and plenty of air over the big jump from both drivers would ultimately see Neal Bates come out on top winning the 2WD trophy.

The Rallysprint was a fantastic opportunity to see both modern and classic rally in a family friendly environment.

Organiser Brett Middleton thanking competitors for putting on a great show and supporting rallying in the Sydney suburbs.