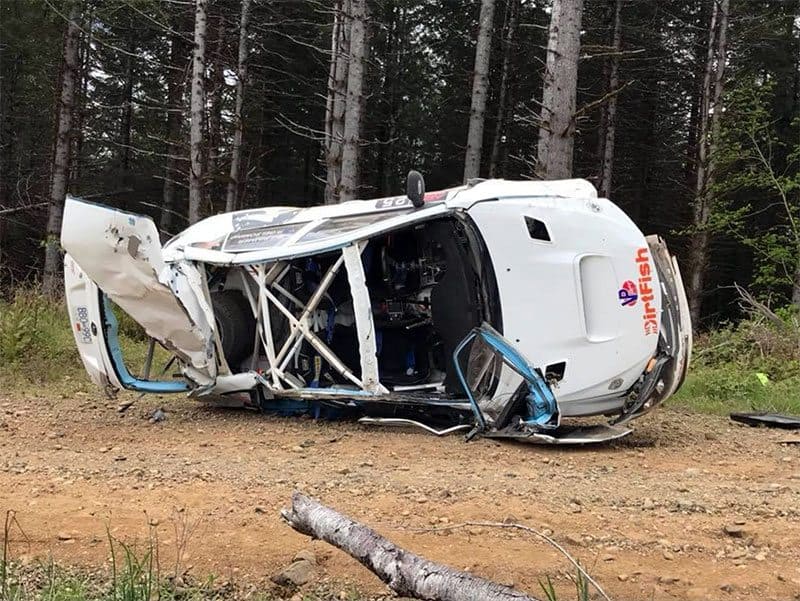 Australian co-driver, Rhianon Gelsomino, is thanking her lucky stars after an horrendous crash at the Olympus Rally in the USA on Sunday.

Gelsomino spoke to RallySport Magazine after the crash that destroyed the Subaru Impreza WRX that she and driver, James Rimmer, were competing in.

“We went off and rolled on tree stumps on the outside of the corner – that’s where the damage happened,” she said. 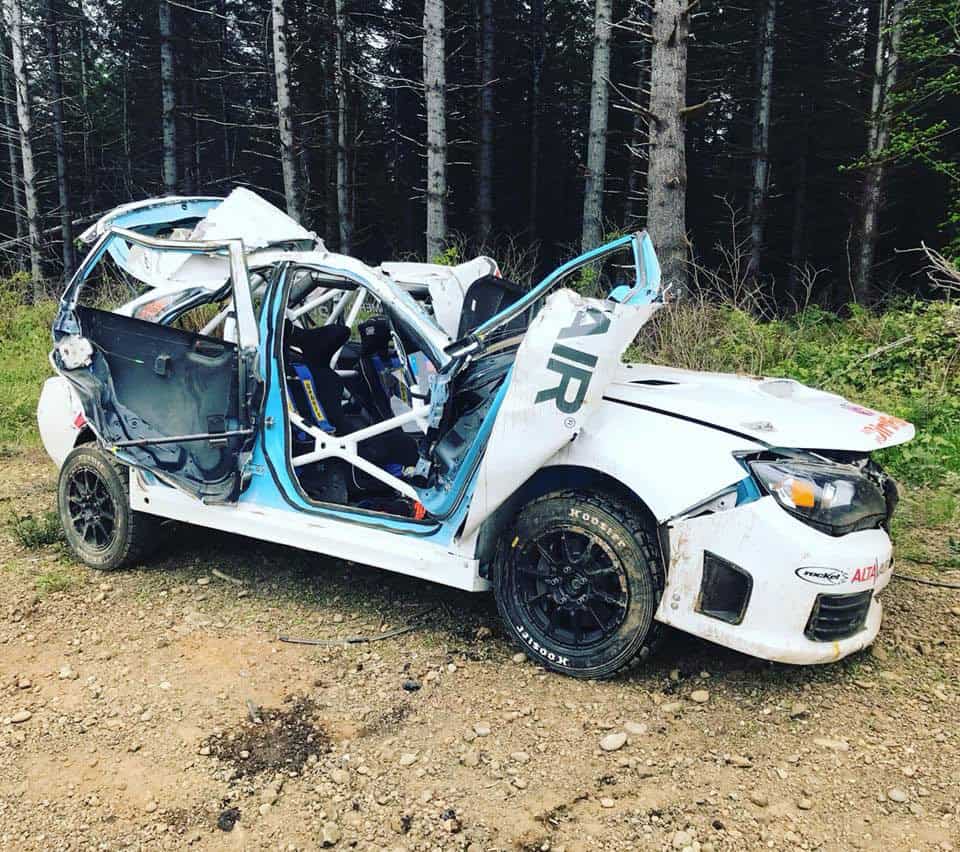 The roll cage did its job of protecting Rimmer and Gelsomino from serious injury. Photo: James Rimmer/Facebook

This is not the USA-based Australian’s first major crash. In 2009, she broke both her legs after a massive shunt on the Rally of South Australia while co-driving for her brother, Brendan Reeves.

Her driver, 21-year old James Rimmer, was competing in only his seventh rally, and had set a number of top three stage times before the crash. 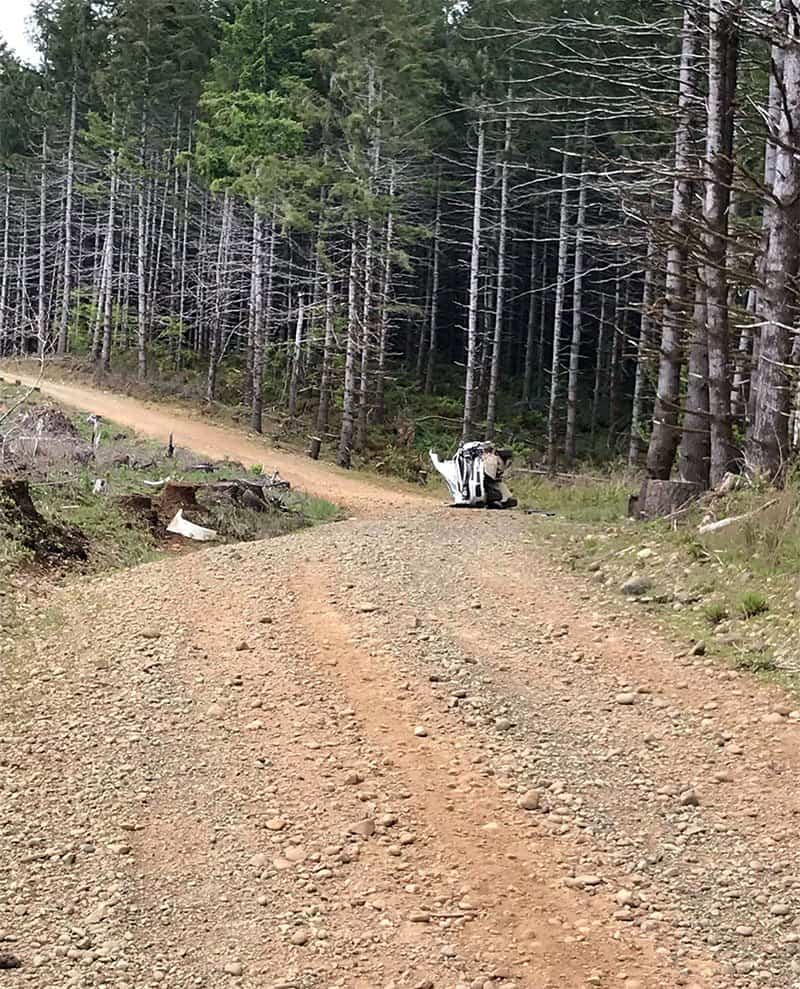 After being discharged from hospital after the accident, Rimmer said on social media:

“Still going through messages and trying to get back to everyone, but wanted to give a quick update.

“Rhianon and I had a big off today at Olympus Rally, hit a tree stump at about 70-80mph and rolled five times.

“The impact took us from 70 to about 20mph, then we started rolling. We landed on our side, but were able to get out of the roof and throw the Red Cross (emergency sign). 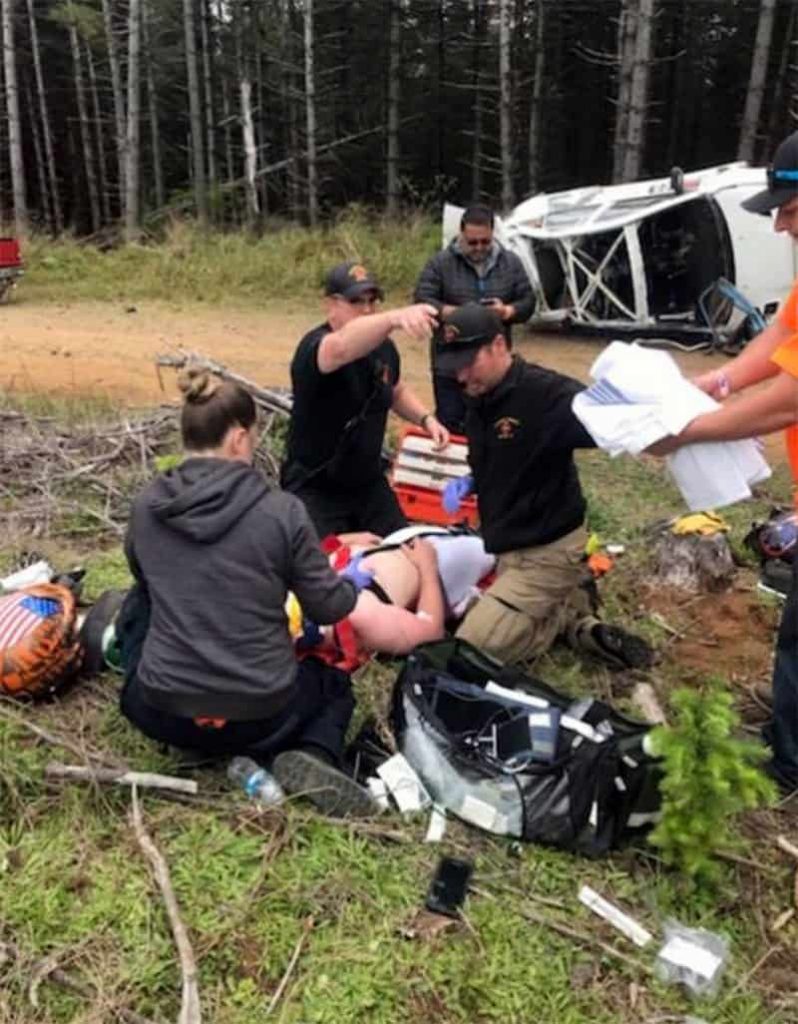 “I was taken to hospital …. no broken bones, but I’ll have a long recovery for my back, which took the brunt of the impact.

“Rhianon was incredibly calm under pressure and walked away unscathed, luckily.

“I’m up and have walked some steps, but still very shaken and very stiff, lots of rest and physical therapy in the near future.

“A huge thanks goes out firstly to Rocket Rally Racing for building a car with a cage that worked flawlessly. I can honestly say it saved my life today. 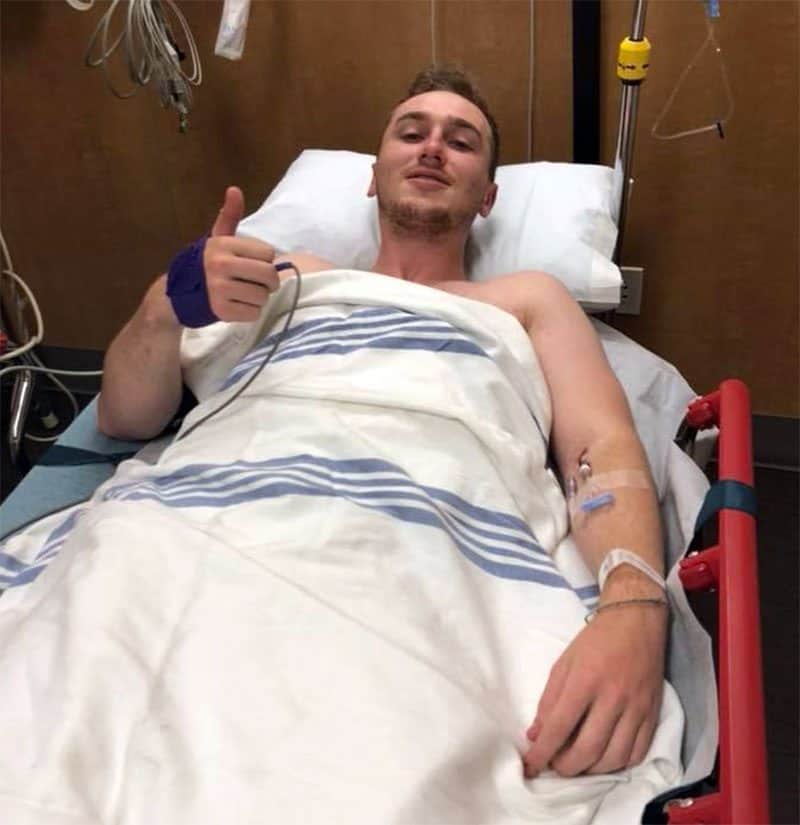 James Rimmer gives the thumbs up during his brief stay in hospital. Photo: James Rimmer/Facebook

“Secondly, to the first responders on scene who did everything perfectly to get me stabilised and to the nearest hospital. And thirdly, to the organisers and everyone else on the road behind us that stopped to help in any way they could.

“Incredibly lucky to have “walked” away from this one. Quite the reality check of how dangerous motorsport can be.

“Hope to be back behind the wheel soon,” Rimmer said on his Facebook page. 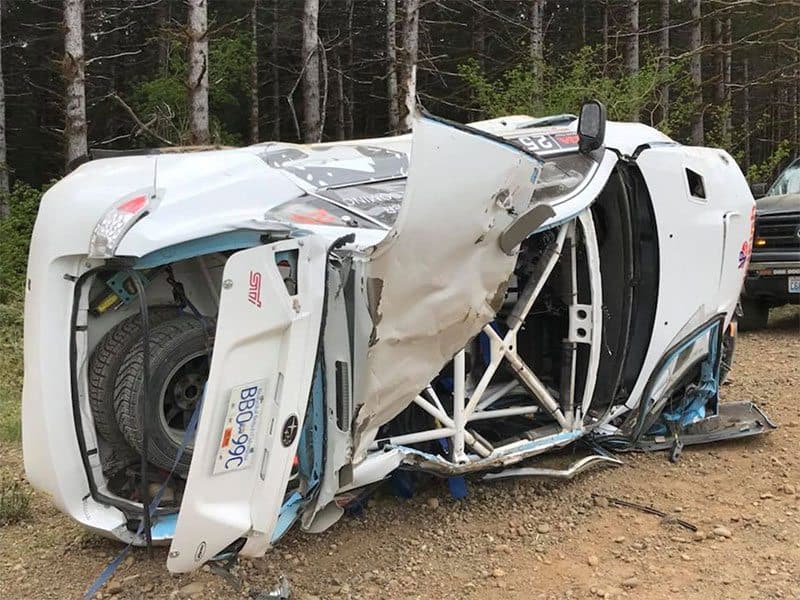 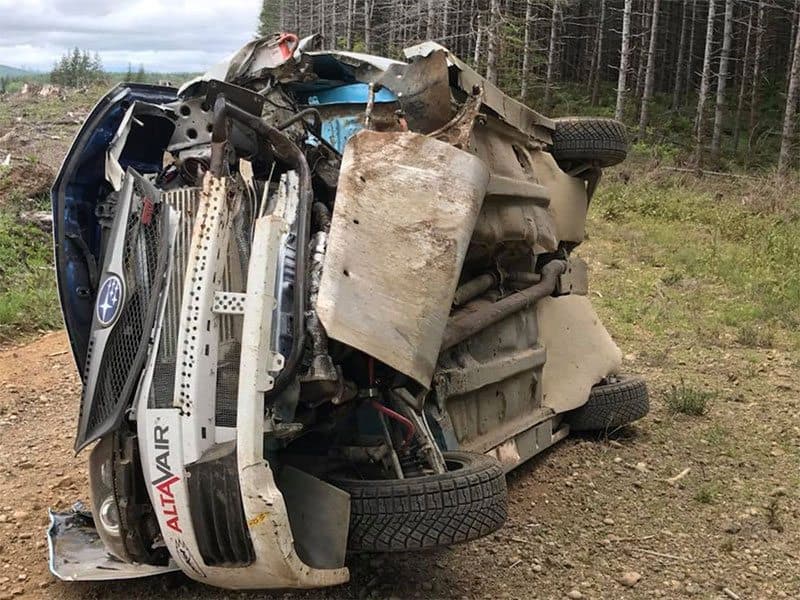