Ryan Williams and co-driver Brad Jones have taken their Ford Fiesta R2 to a win at national level, at Round 2 of the Australian Rally Championship, Rally Queensland.

The duo took all but one stage win on their way to a convincing win in the 2WD class, in their home event.

Williams began rallying in a Hyundai Excel and a Mitsubishi Mirage, then moved into the international spec Fiesta after importing it from Finland last year.

“The Fiesta is an amazing car, as it allows you to easily push the limits, so you can focus more on pace notes and other important factors, without worrying about the car,” Williams said after his win.

After a tough weekend at Round 1 in Canberra, the 23 year old more than made up for it in the forests around Gympie, as he cruised through to take out both the 2WD class as well as the Junior Cup.

“We’re really proud of how the weekend went,” he added.

“Dad and the team put a huge amount of effort into preparing the car before and during the rally, and I’m glad we could repay them with such a good result.

“We were locked in a tight tussle with Max McRae, and I’m super proud that we were able to come out on top.” 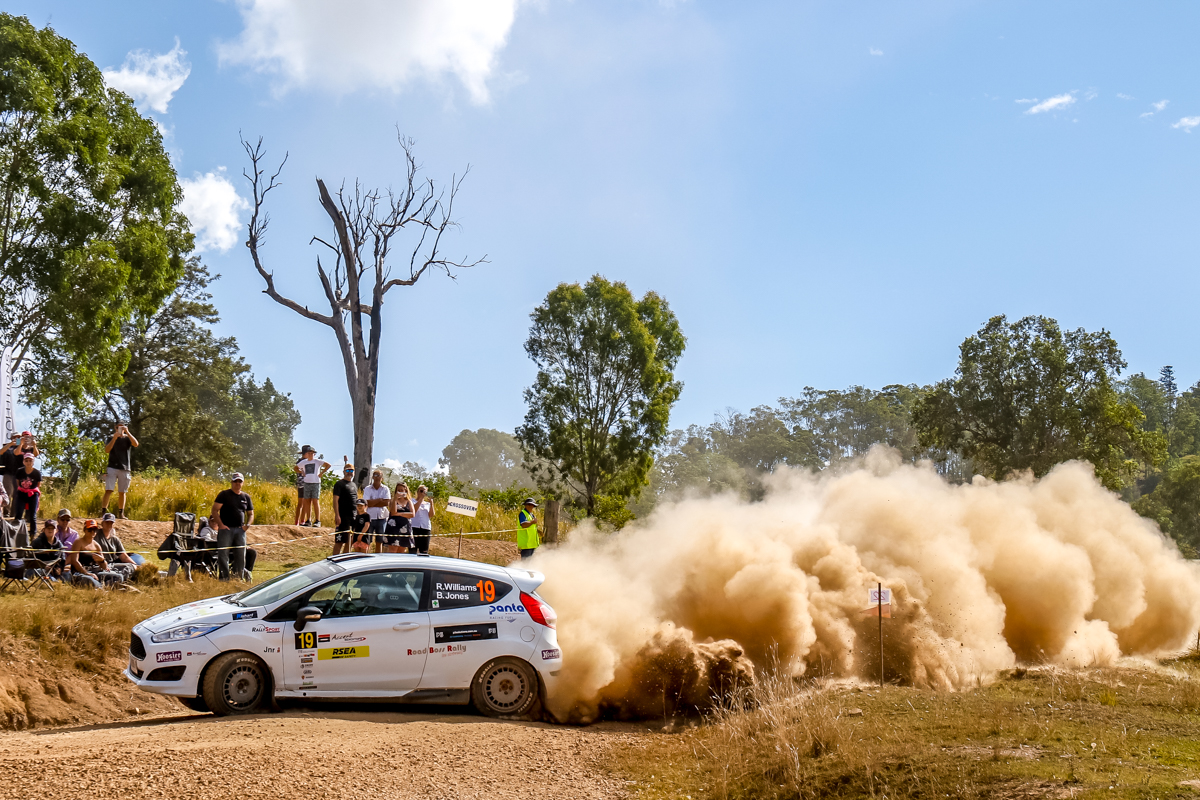 Williams, who now leads both the 2-wheel-drive and Junior Championships, made the most of is home rally, and used it to his advantage.

“The rally was held only two hours from where I live, so I’ve grown up rallying in the area.

“Knowing the area really helps in rallying, as you’re able to read the road surface better and make up time in places where others may not be able to.

“A home rally is also nice, as it’s great to have family and friends there to support us.”

Williams and Jones are now looking ahead to round three, when the championship moves to Tasmania.

“We’ll be making the trek south to Tassie to try and solidify our lead in the championship.

“The roads down there are tricky, and with the event being held in July there’s a high chance it could be wet, so that will provide a challenge in itself,” Williams said.

The third round of the Australian Rally Championship will be held out of Launceston in early July.