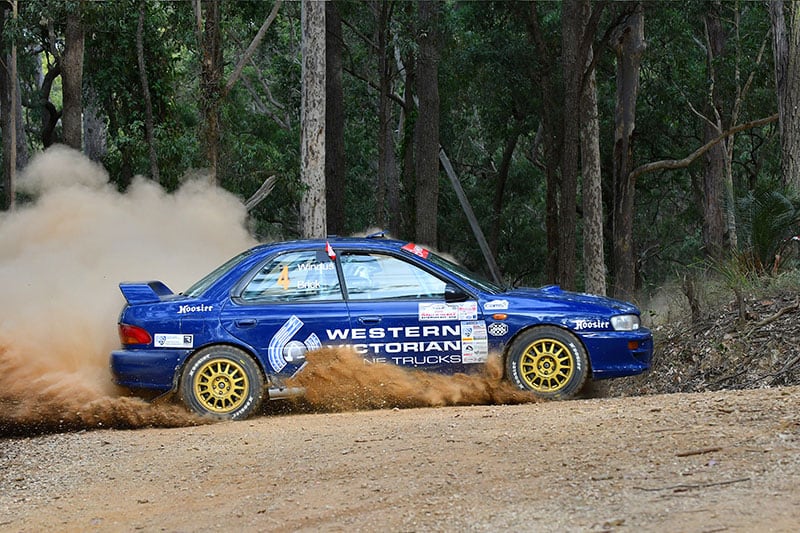 Ballarat’s Arron Windus has taken the lead in the Victorian Rally Championship following round four the series last weekend.

In a further boost for the Western Victorian Crane Trucks team, Darren Windus finished as the first Victorian competitor in the Rally of the Bay, an event that also counted towards the NSW Rally Championship.

Driving a Subaru Impreza WRX, Arron set the early pace in one of the most competitive fields seen for some years.

At the end of the first heat of the event he was still in second place – enough points to give he and co-driver, Dan Brick, a 15 point lead in the Victorian championship.

On the first stage of heat two, however, a small mechanical problem sidelined their Subaru, putting them out of the running for the remainder of the day.

“I’m really happy with our pace considering the lack of experience we have in the region and in the car,” Arron said.

“I tried some new things with my pacenotes which made a huge step forward. Dan and I are really strong together.

“I’m incredibly happy with the weekend that was, even though we weren’t able to come away with the rally win.” 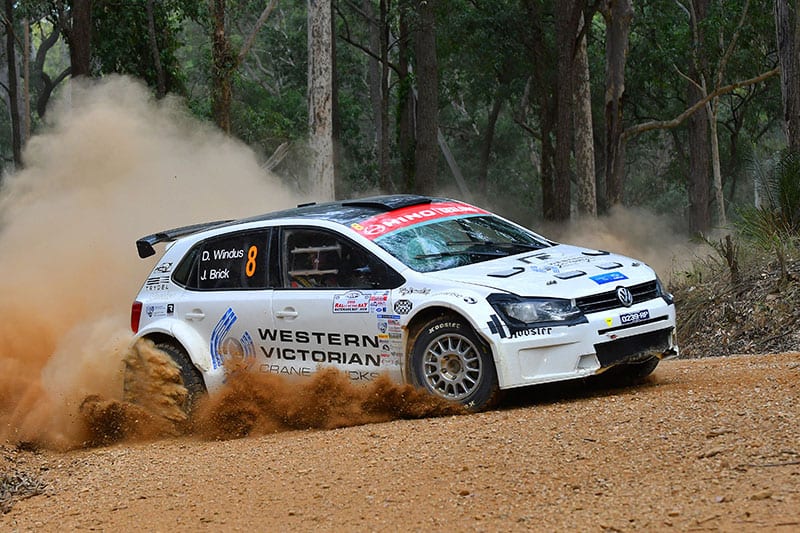 Darren also had a few issues in his Super 2000 spec Volkswagen Polo, but managed to be fast and consistent throughout the day.

Gear selection problems, and getting stuck in another competitor’s dust for over a minute, cost him valuable time, yet he and co-driver, Joe Brick, still come away as the best placed Victorians.

“The car is awesome to drive,” Darren commented.

“It lacks a bit of horsepower so struggles a little on the fast roads, but it makes up for it in the flowing stages, where it really excels.

“It’s really good fun to drive, and the result will give us plenty of confidence heading into our home event, the Eureka Rally, in August.”

The Eureka Rally is a round of both the Australian and Victorian championships, and the local Ballarat drivers will be hoping for a good showing in front of their home fans.

The event starts in Ballarat on Saturday evening, August 24, with the majority of stages taken place the following day.