Four-time World Rally Champion has realised a dream to emulate his boyhood hero Ayrton Senna and tested a Formula 1 car for the first time.

The car at his disposal was the mighty Red Bull Racing RB7, which took 12 grand prix wins and 27 podium finishes on its way to the 2011 Constructors’ title and which earned Sebastian Vettel a second Drivers’ crown.

"One dream came true for me today," said Ogier, after 100km at the wheel.

"It was awesome and of course a big discovery - so different to what I have ever driven before. It was so much fun and actually this car is super-quick but also you feel quickly very comfortable in it." 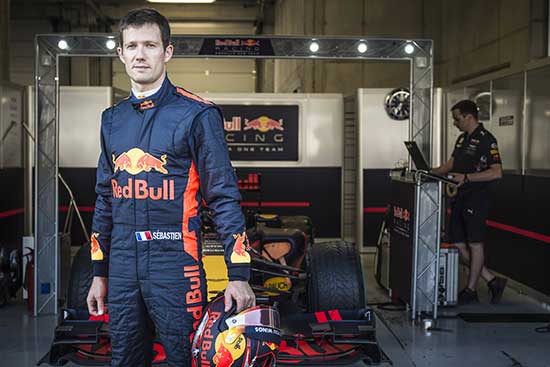 Ogier felt sufficiently at home to experiment with the car's set-up.

"The only thing I played with a little was the traction control," he said.

"I turned it down gradually then removed it completely to finish without any. It was interesting to feel how nervous the car felt without any traction control and how smooth and gentle you have to be with the throttle - it was good fun."

As a youngster, Ogier dreamed of emulating the grand prix exploits of his Formula One idols, including Senna, but over the years his career took off on a different track – onto the gravel, tarmac, snow and ice stages of the WRC.

His achievements mirror those of the legendary Brazilian, who won three World Drivers’ Championships and 41 grands prix before his death in 1994.

French-born Ogier is one of the WRC’s greatest winners, taking four straight Drivers’ titles from 2013 to 2016 and to date 40 event wins and a colossal 493 stage wins.

Currently, Ogier leads the Drivers’ standings in the 2017 WRC, which will conclude at Kennards Hire Rally Australia on the NSW Coffs Coast on 16-19 November.

The season has seen him engage in a fierce fight with Belgian Thierry Neuville, the Hyundai driver’s poor start allowing Ogier to build an 11-point lead heading into 67th Rally Finland on 27-30 July.

“As a kid I was watching [Ayrton] Senna, he was my idol, and of course I was dreaming one day to try this kind of car,” Ogier said.

“For a racing driver to have fun you need to be fast and a Formula 1 car is the fastest car you can drive, so of course every racing driver wants to feel that one day.”

David Coulthard added: “When you are used to rally, you have a lot more cockpit space but with a grand prix car it is a much more compact and hostile environment.

“Physically your senses are attacked a lot more when you're pulling up to 4.5G.”