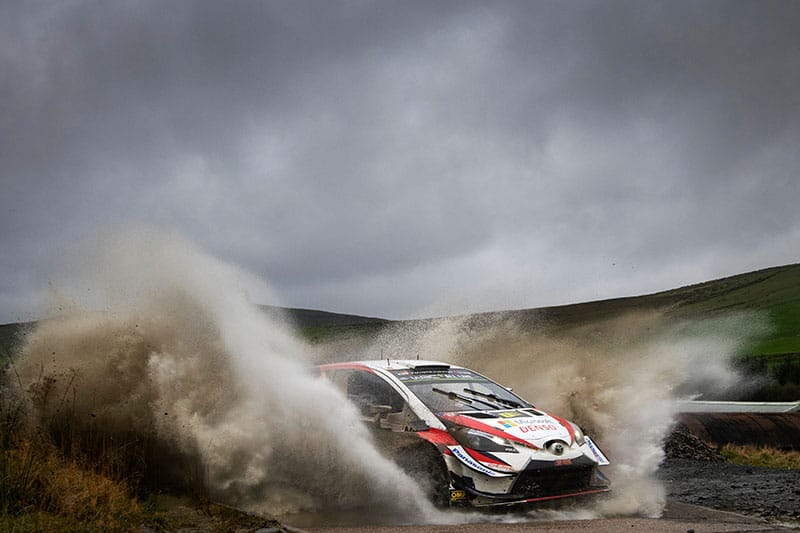 The tussle for victory through the wet, muddy and foggy mid-Wales forests echoed the battle for the world crown between the trio, and Tänak had to work hard to gain vital seconds that extended his lead to 11.0sec with Sunday’s short finale remaining.

It was the first time in three days that the rally lead reached double figures – a far from comfortable margin on greasy gravel tracks where grip levels changed constantly and with more rain forecast for the final day.

The championship leader only won one of the seven speed tests covering 151.24km, almost half the rally’s total competitive distance, but his consistency allowed him to increase his overnight 3.4sec advantage as Neuville emerged as his main challenger in second.

The Estonian’s only problem came when the rear bumper was torn from his Toyota Yaris this afternoon, making it almost impossible for Tänak to hear co-driver Martin Järveoja’s pace notes. 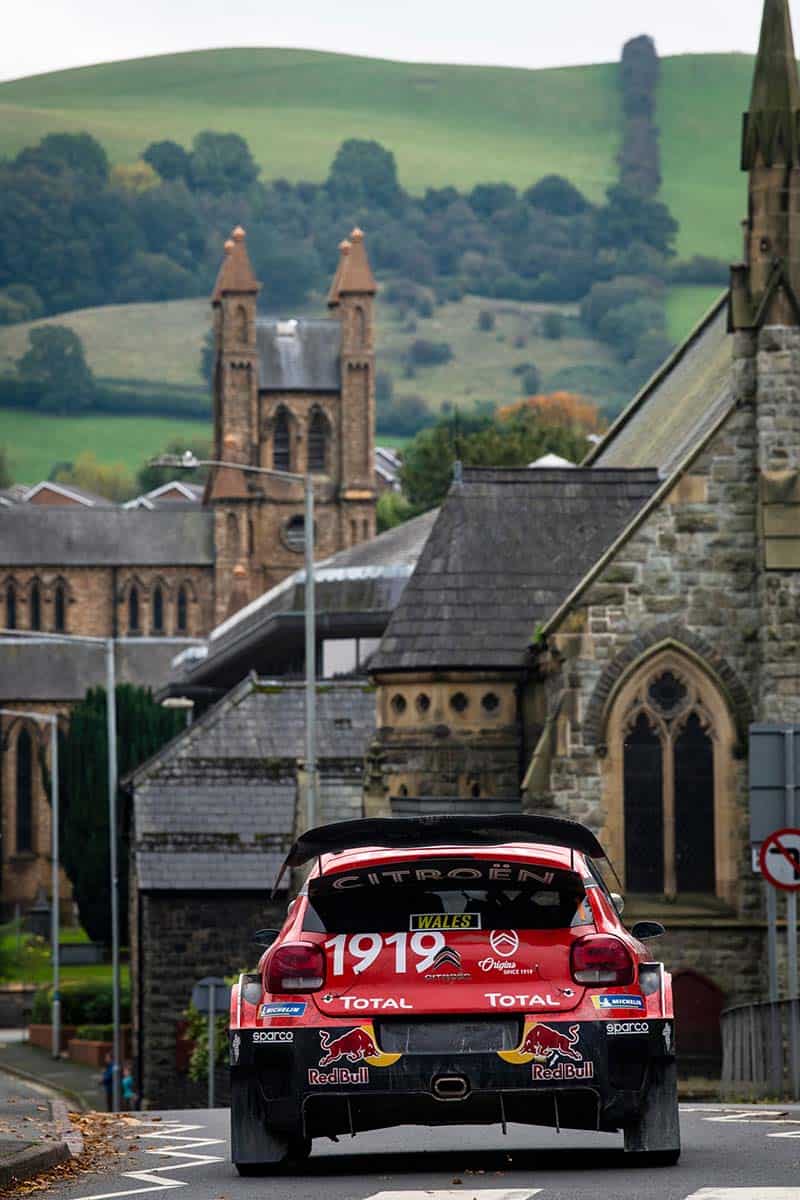 Neuville climbed from fourth in his Hyundai i20, the Belgian winning two tests and conceding only 2.6sec to Tänak during the day.

Sébastien Ogier retained second in his Citroën C3 this morning, despite hitting a bank after a pace note mix up. The Frenchman could not fend off Neuville as the road surface became more polished and ended 6.3sec further back in third.

Kris Meeke, who led for virtually all of Friday, started 3.6sec off the lead but couldn’t reproduce the same speed on faster and wider roads in his Yaris. He ended 26.5sec behind team-mate Tänak, but in a vital points-paying position for Toyota Gazoo Racing’s manufacturers’ title challenge.

Andreas Mikkelsen won a stage en route to retaining fifth in his i20. The Norwegian came under fierce pressure from Elfyn Evans, who won all three morning stages in his Ford Fiesta. The Welshman was less dominant this afternoon but was only 4.5sec adrift tonight.