Whether or not you believe that the WRC was in such a dire need of jazzing-up that a dramatic new formula was necessary, the 2017 World Rally Car formula certainly got off to a splendid start.

To have the four teams all fighting each other so closely was a dream-come-true for any championship promoter, though whether this was because of, or despite, the withdrawal of the Volkswagen team is a moot point.

The present situation has been good for the promoters, good for fans and good for sport, but what do the teams, the people who pay to run for the cars, think?

We asked the Citroen, Hyundai and M-Sport teams for opinions if 2017 was any different to previous years for running World Rally Cars. Their opinions were all largely the same.

Firstly, we asked if the 2017 cars are more expensive to run than their predecessor World Rally Cars.

Interestingly all agreed that the only area in which costs have significantly risen is in the extensive use of fragile carbon fibre parts on the bodywork, especially the extra parts added for aero work. The rougher the rallies, the more expensive a rally can be.

Clearly if and when the levels of performance take a significant step forward, costs will increase in various other ways, but so far there is a good compromise between performance and costs. 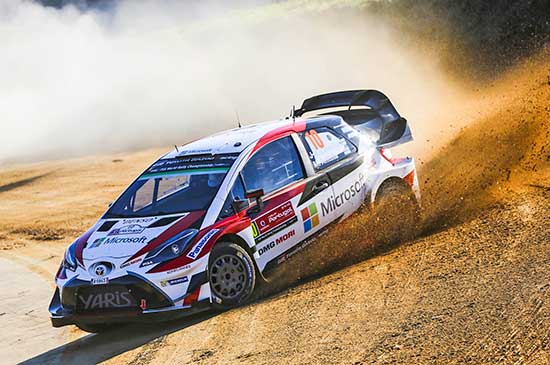 Now that the initial design work has been carried out, we asked if working with these new cars had unearthed any unexpected technical challenges.

The general reaction was that all the cars in their initial state of development had proven competitive and basically reliable. No new technology is in place at the moment.

Now that reliability has been achieved, in which direction is future Word Rally Car expected now to go? So far the emphasis has been on maximising drivability and suspension movements, but inevitably other aspects will gradually come under scrutiny.

The general consensus was that central differential systems, now part of World Rally Car designs for the first time in seven years, must be the most significantly uncharted territory.

And finally, have the new looks of the cars helped in the promotion of the sport?

The new formula cars have been enthusiastically noted by TV viewers and event spectators, though the work in promoting the championship still leaves a lot to do.

There is a feeling of satisfaction in the service parks at the way the formula is working out, unlike what happened in the early ‘eighties. That was when, within months of the Group B rules being announced, the Evolution buzzword came into motorsport-speak, and we all know the road that took us down.