WRC star a guest presenter at Hall of Fame presentation 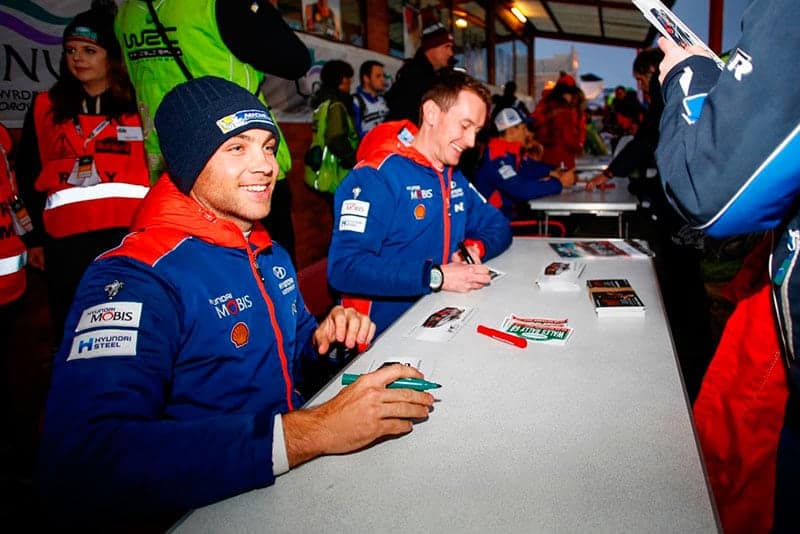 Kiwi WRC star Hayden Paddon will be a special guest presenter at this year’s Australian Rally Hall of Fame dinner on the eve of the Pedders Eureka Rush Rally in Ballarat on Friday 23rd August.

Paddon is the only Kiwi to ever win a full round of the WRC, following his win in the Rally Argentina with Hyundai in 2016.

He will be a special guest presenter at the Australian Rally Hall of Fame dinner giving up his time before recce of the rally the next day.

“It’s an honour to be asked to be a part of the Hall of Fame Dinner and great to see Wayne Bell, the man who took Hyundai into rallying, being honoured on the night,” said Hayden.

Although Paddon is no longer a  works WRC driver for Hyundai, the flying Kiwi is still closely aligned with the marque in his native New Zealand where  he has been campaigning a Hyundai i20 AP4 car in the New Zealand Championship and will drive Hyundai i20 R5 machine of Tasmanian Marcus Walkem in the Eureka Rush Rally, in a bid to win the Pacific Cup and qualify for the Asia Pacific Championship final.

The Rally Hall of Fame has announced the five new inductees who will be honoured at the dinner in Ballarat.

The new group of inductees will join the 31 current members who have been announced since the Hall of Fame was inaugurated in 2013.

The new inductees includes two drivers and three people who have been critical in the running and organising of rallying over many decades.

Driven: My Story – by Hayden Paddon