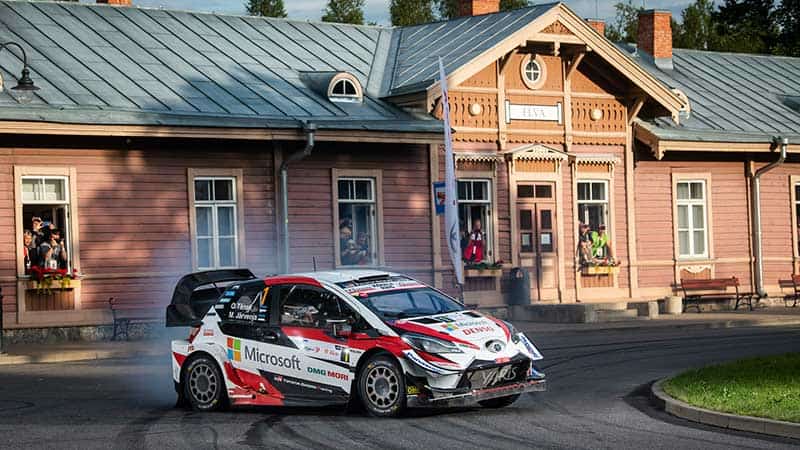 This year’s inaugural WRC promotional rally in Estonia proved a huge hit with fans across television, social media and live attendance, according to new figures.

More than 100 countries screened Shell Helix Rally Estonia, as the WRC’s stars and their spectacular new-generation World Rally Cars featured in the three-day rally in southern Estonia, exciting big crowds in one of the series’ fan hotspots.

Numerous live special stages were produced by host broadcaster Postimees Group, along with daily highlights programmes. All were also available to watch on the championship’s popular WRC+ platform.

Figures show that one in four men in Estonia watched at least five minutes’ TV coverage of the rally.

All four of the series’ manufacturer teams – Citroën Total, Hyundai Motorsport, M-Sport Ford and Toyota Gazoo Racing – were in action, keen to use the high-speed gravel roads as a key part of their preparations for Neste Rally Finland three weeks later.

Home hero Ott Tänak delivered the result his country’s fans craved by steering his Toyota Yaris to a dominant victory ahead of Andreas Mikkelsen at the biggest autosport event in the Baltics.

The rally attracted 50,000 fans, a 25 per cent rise on 2018’s attendance. Two of the most popular attractions were Friday night’s start ceremony in Tartu and the rally-closing speed test through the city’s streets on Sunday, which was followed by the podium ceremony.

It also proved a big hit on the social media platforms of the WRC, the rally, manufacturer teams and drivers, reaching additional fans during an otherwise quiet weekend between championship rounds. 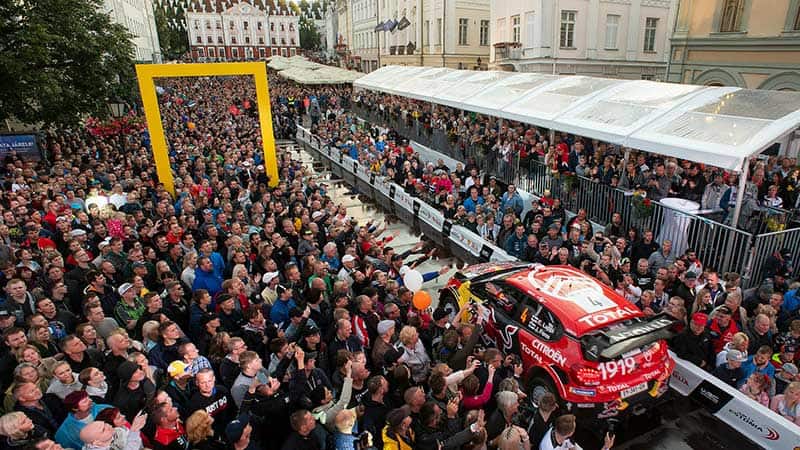 Huge crowds packed the start ceremony in Tartu to watch WRC stars such as Esapekka Lappi begin the event.

There were 25.8 million impressions and 2.7 million video views on WRC and event channels. Alone on the official websites of WRC and Rally Estonia, the promotion generated an additional 1.5 million page views.

“Fans and media in Estonia support the WRC and the success of Ott Tänak and Martin Jarveoja with incredible passion and we valued the opportunity to be represented at an event in a country which displays such fervour,” he said.

“Although not a championship round, the presence of our star drivers and manufacturer teams provided the opportunity for fans, both from Estonia and further afield, to enjoy the excitement of the WRC ahead of the following round in Finland.

“We appreciated the great support from the Estonian Government, the Estonian Autosport Union and Rally Estonia to make this event happen,” Ciesla added.

WRC’s Rally Estonia partnership was the latest in a series of high-profile promotional activities, which have also included the 2019 season launch at Birmingham’s Autosport International show and a central Milan roadshow at the end of last season.