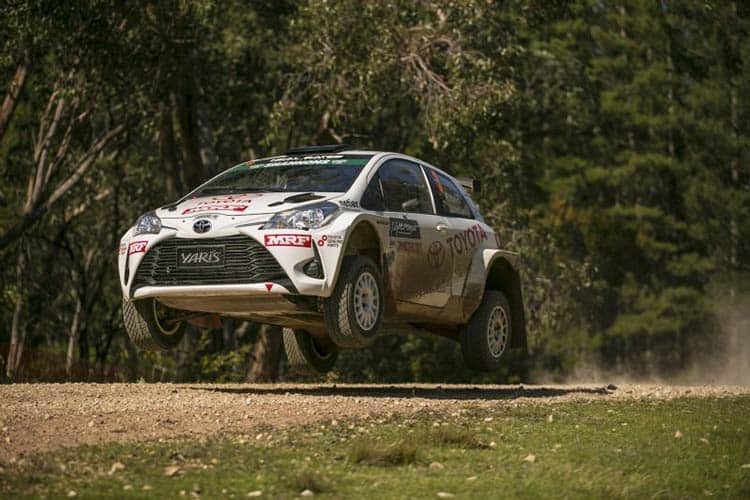 Toyota Genuine Parts rally driver Harry Bates has praised the potential of his brand new 224kW Yaris AP4 car, saying it is the way of the future.

Bates had a frustrating debut in the Yaris at Rally SA due to an electronics gremlin, which limited him to competing in just one stage over the weekend.

Now he is looking forward to November’s Rally Australia – the final round of the Australian and World Rally Championships.

“Once we have this car sorted it will be something special, that’s for sure,” he said.

“Every time I drive it I have feel more comfortable and see more potential.”

Bates’ father and crew chief, four-time national champion Neal Bates, said the plan was always to debut the car in Rally SA, as the first step to sorting it for Rally Australia.

Harry Bates went into Rally SA leading the series in the team’s proven Corolla S2000 car. He is still an outside chance of catching new points leader Molly Taylor.

“We did 100km of testing and a media day with the car running perfectly, then it developed a misfire at the start of the rally,” Neal Bates said.

“The stage Harry ran on Sunday morning confirmed our view that having a smaller car is the way forward.

“He said it was more nimble, the brakes are great and the suspension is fabulous. It will be a fast car when we iron out the bugs.

“Now we will look to doing more rallies to fine tune it before we go to Rally Australia.”