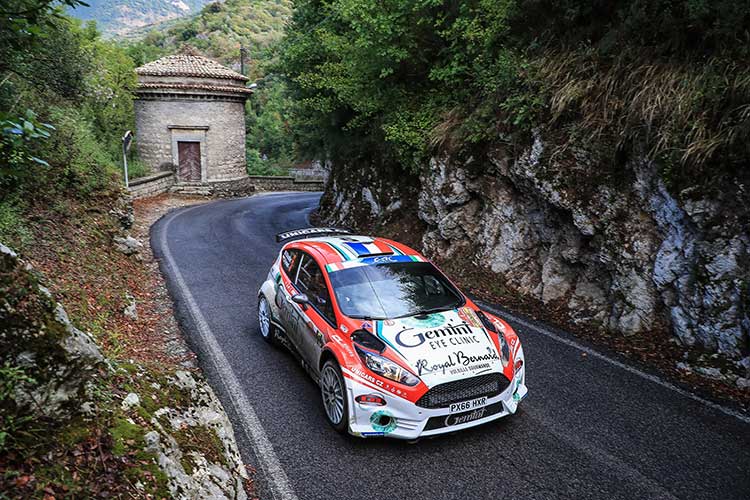 Bryan Pouffier won a thrilling ERC round in his Fiesta.

Bryan Bouffier scored a last stage victory when he beat Kajetan Kajetanowicz by 0.3 seconds on the Rally di Roma Capitale, penultimate round of the FIA European Championship.

The rally had an strange start, with the qualifying stage being cancelled because of uncertainty of closure of access roads, and after a super special held in Rome itself, the second orthodox stage was stopped when Albert von Thurn und Taxis blocked the track with suspension failure on his Skoda.

Alexey Lukyanuk set off and was chased hard by Kajetanowicz, a battle soon joined by Bouffier.

Then on the final stage of Day 1 held in darkness, Lukyanuk lost his lights and impacted a rock, losing a wheel. There was disorder with red flags being shown to competitors, leading to a third cancelled stage.

Day 2 saw a thrilling battle between Kajentanowicz and Bouffier, the lead never more than 3.3 seconds all day.

The Junior under 27 category started as a fight between the two Opel Adam team-mates Chris Ingram and Jan Huttunen, but they were eventually overtaken by Peugeot driver Filip Mares, while Jan Cerny led the Under 28 category almost all the way, finishing ahead of Nikolay Gryazin. Czech drivers won both Junior divisions.

The final ERC round will be the rescheduled Liepaja Rally in Latvia, on the first weekend in October. 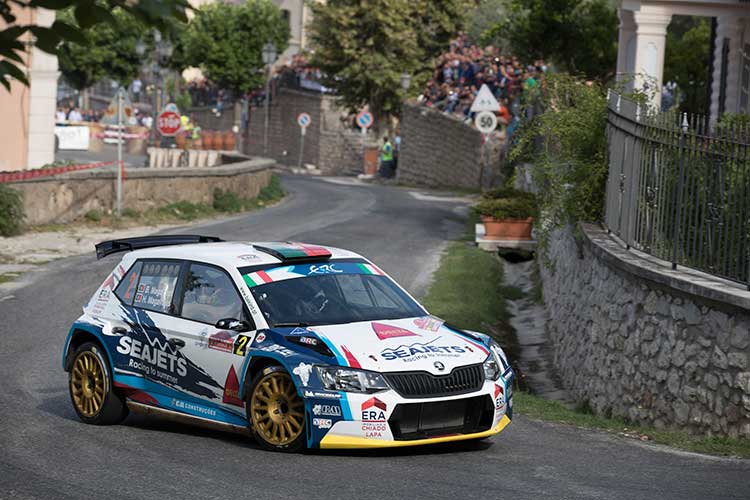 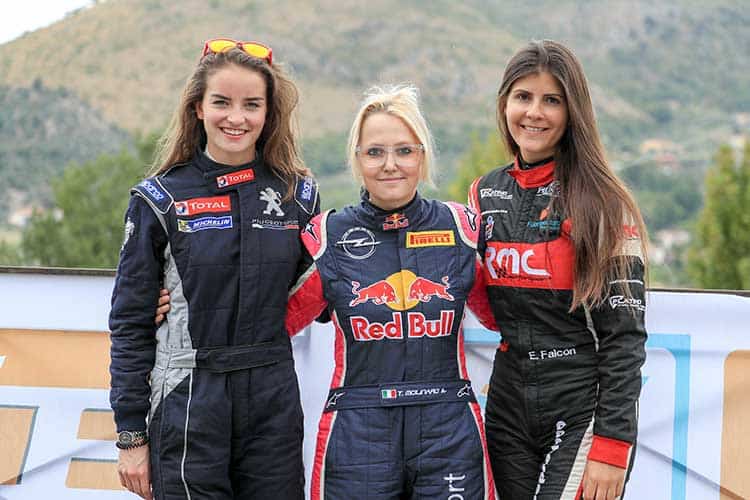