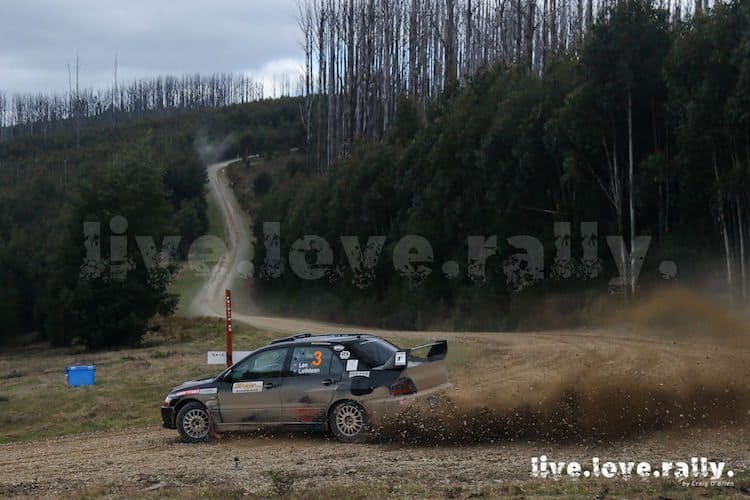 Warren Lee on his way to victory in the Marysville Stages. Photo: Craig O'Brien/Live Love Rally

Warren Lee and David Lethlean won the Marysville Stages on Saturday, the penultimate round of the Focus on Furniture Victorian Rally Championship.

Based in the town of Marysville, the rally covered approximately 115 competitive kilometres an hour and a half north of Melbourne, over fast and technical roads.

Lee and Lethlean, aboard their Mitsubishi Lancer Evo IX, won the event by over a minute ahead of Ben Hayes and Tony Robinson in a Subaru WRX.

Franco Liucci placed third in a Mitsubishi Lancer Evo VI, only five seconds ahead of a fast finishing Lindsey Wright.

Seeded cars one and two, event favourites Simon Evans (Datsun Stanza) and Glen Raymond (Subaru) both hit trouble early and were unable to finish either heat.

The final round of the championship will be held on Sunday, October 22. The popular Akademos Rally will ensure a great finale to the season.