He may be best known as the ‘video guy’ for the NSW Rally Championship, but John McCredie started as a rally driver of some note, winning an Australian title. With plans to return to the drivers’ seat, McCredie has been head down and tail up preparing an even better video package for this year’s NSW championship. He tells us what producing eye-catching video footage of our favourite sport involves. * * * * * RSM: Back in the day you rallied a Datsun 1600 and a Suzuki Swift? How long is it since you've competed? John McCredie: It’s been 18 years since I’ve competed in a gravel rally. The last rally I did was the Rally of Queensland in 2002. That didn’t end well for the Daihatsu deTomaso that I was driving, after going off the road on a ‘left 4’ that we should have noted as a 3. I think I’m probably best known for driving the Suzuki Swift GTi. It was a fun car and built well, but lots of things used to break in it, so we had plenty of DNFs along the way. In 1995 we entered as many events as we could in the Suzuki and managed to score enough points in the ARC to win the A1 class, which is probably why I am still so fond of the Swift. 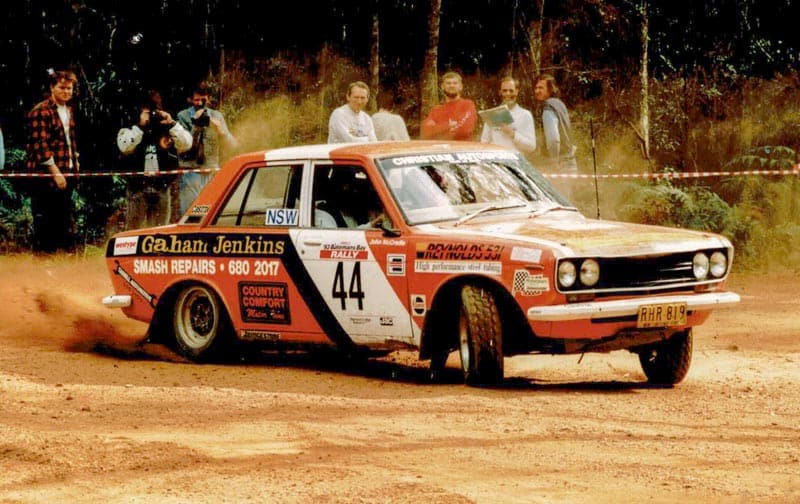 Like hundreds of others, McCredie's rally career started in a Datsun 1600.

Why did you stop competing? The Daihatsu we crashed in 2002 was a leased vehicle, and once we got it fixed the owner wanted to sell it, so we looked at other cars and never really found anything that suited our budget. Other life events, such as children and school fees, soon took priority, so I looked at other ways to stay involved in rallying. 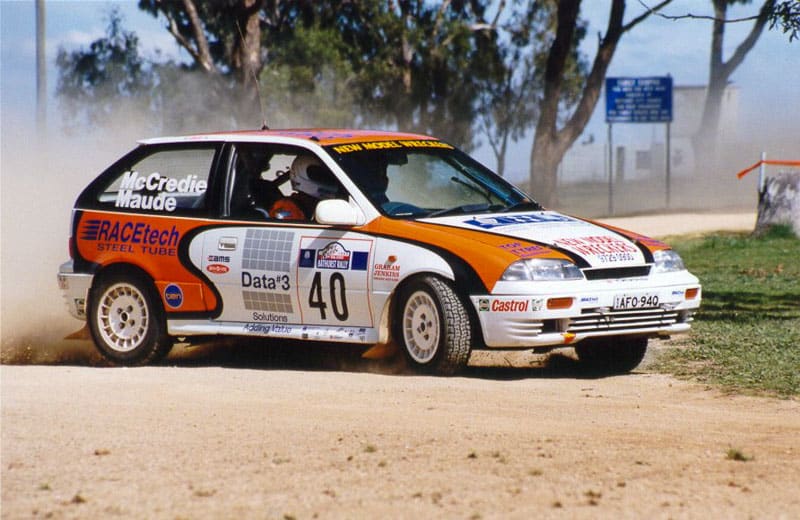 McCredie in action at the Bathurst Rally in his Suzuki Swift GTi in 1999.

Do you have any plans to get back behind the wheel? Yes. In fact, I recently bought an ex-Bruce Garland Holden Jackaroo and plan on doing the Sunraysia Safari in September and next year’s Condo 750. My co-driver has also bought a classic Escort, so there are plans afoot there too. In recent years you've run your own video production business, and have been doing the official coverage for the NSW Rally Championship. How did you get involved in that? The NSW championship coverage came about after I put together a story for the Batemans Bay round of the series out of my own pocket. I was then approached to develop a budget and present a proposal that was accepted by the NSW rally panel. The work was all part time at first and I was holding down a full-time job at the same time. A little over two years ago I decided that I didn’t have as many financial commitments and would try to make a living out of video productions, which includes covering the sport I love. But I first got involved with TV back in 2004. I was asked by the organisers of the NSW round of the ARC if I could escort the Channel 10 crews around. After that event I was asked by Network 10 if I could assist at the rest of the ARC rounds, which I did. 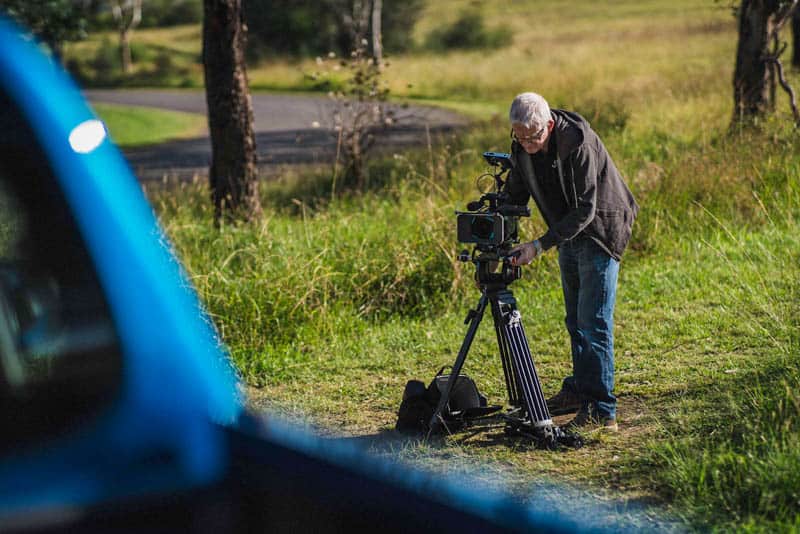 John McCredie has made the transition from competitor to video production editor.

North One TV then took over the ARC TV coverage and I worked with them through 2007 and 2008. That involved a few WRC events as well. When Black Magic Media took over the ARC TV coverage, I approached them about a role and ended up working on the ARC and many other events, such as Targa NZ, World Jet Boating, Bathurst 12 Hour and many other cool rally and non-rally events, with Paul Mullan and his team. What sort of equipment did you need to purchase to cover rallying adequately? I have standardised on Sony equipment and we use a range of different professional cameras. I have tended to buy older second-hand equipment rather than new, because it gets such a battering out in the dust, rain, and even snow. We have lost a few cameras to the dirt and elements over the years. Presumably as technology evolves, so too does your equipment? Yes, to an extent, but our main cameras for out on the stages are now 12 years old. But they are still very reliable HD cameras and you can pick them up easily on the used camera market (I have 4 of them). But, we do use newer 4K cameras such as the Sony FS7. We use that as our main camera for interviews nowadays, but you won’t see it out in the dust just yet! What does planning for a regular NSWRC event entail? Probably a lot more than most people realise. I develop a full camera schedule that includes stage maps, camera location maps, directions for getting to the stages and a safety section. I spend a lot of time studying Google Maps and also talking with event directors about filming locations. Typically, the camera schedule and production manual is about 30 pages and takes about two days to build. 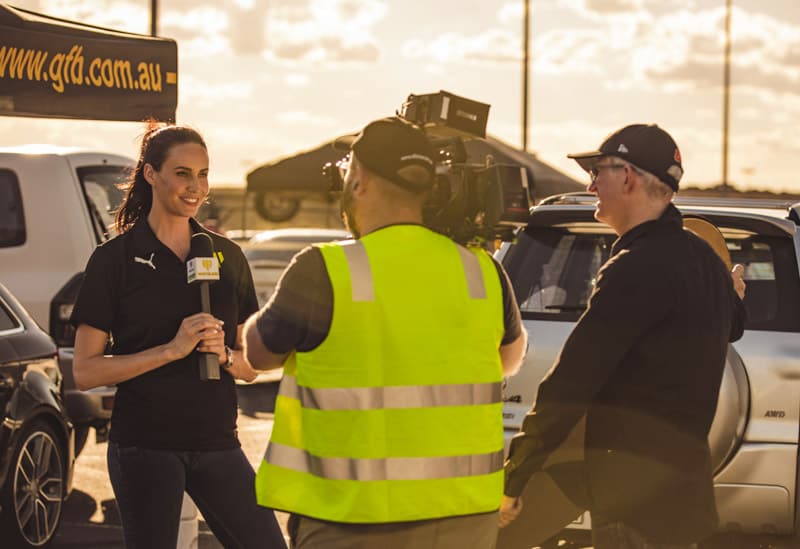 Interview duties for John McCredie (right) at the Tarmac Rallysprint Series in Sydney.

How many people do you have working with you on an event? We work on a pretty tight budget, so we have a team of six on most events. I take two camera operators and three assistants, and myself. My camera operators are usually the same team (Dave Sheerman and Neil Blackbourn), but at a few rallies we have had extra camera guys to get additional footage for the rally, which have been paid for by the event. We try to get a camera into every stage at every event to maximise our coverage, and also hang around long enough to at least have footage of every car on at least one stage. Typically, the assistants are volunteers provided by the event, but on some events, I have also provided the assistants. In 2019 we also had an official photographer as one of our assistants for several rounds – thanks Roy Meuronen! What about during and after an event? Briefly step us through what's involved? On the event we typically get a few interviews done before the start. This would usually be the top contenders for winning the event. This gives us something to use for the videos we publish during the event. The two camera operators will then hit the stages and I will usually shoot the start line of the first stage and then start editing a video to get out. The two camera crews will drop footage to me during the day so I can get at least two videos out during the event. I will also do Service Park interviews and head to the finish of the final stage to do final interviews. 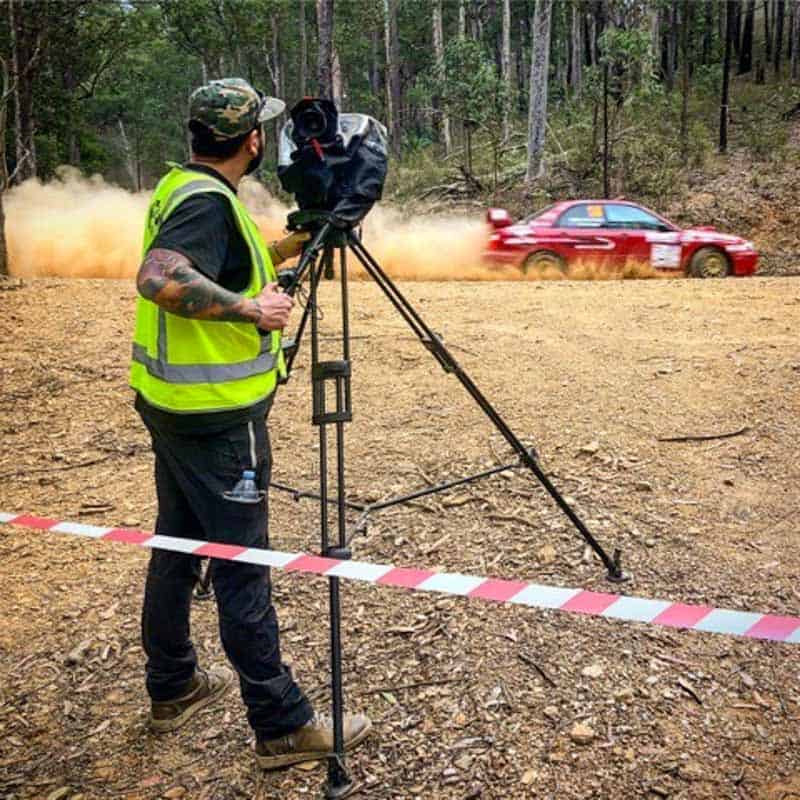 McCredie has two cameramen who record the action from the NSW Rally Championship.

Once the event is over, the crew clean cameras and I edit a winners’ video to get out late on the night of the event or early the next day. I spend a lot of time in the passenger seat of the car between stages and on the way home from events editing. I have mastered editing and not getting car sick over the years. After the event, I will usually spend the full week writing the stories, voicing it and editing up NSW Rally and East Coast Classic feature stories. Are there any advances in the coverage that we're likely to see when rallying starts up again? Yes. We have some plans for changes this year. Rather than produce post event videos, we plan on editing and publishing the videos on event. We will have a new guy dedicated to editing so that I can write the stories and voice them on the day. The final wrap-up video will likely go live late on the day of the event or early in the morning the day after. The videos won’t be as long as they have been in the past, but we’ll also be focussing more on the many personalities in the championship. And, can you really get the same thrill from rallying behind the lens, rather than behind the wheel? No! I have loved covering events across Australia and NZ, but I am forever looking at the footage and thinking that I could have taken that corner better (even if I couldn’t), and wanting to get behind the wheel. 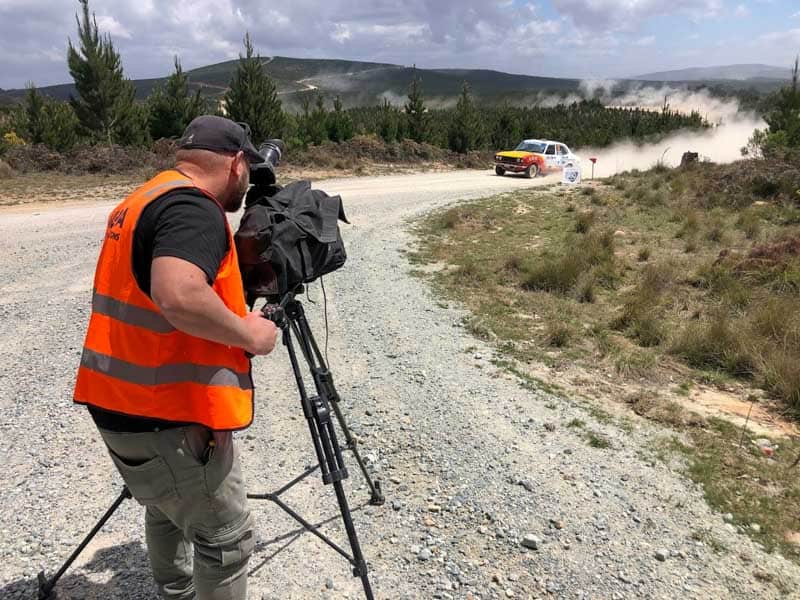 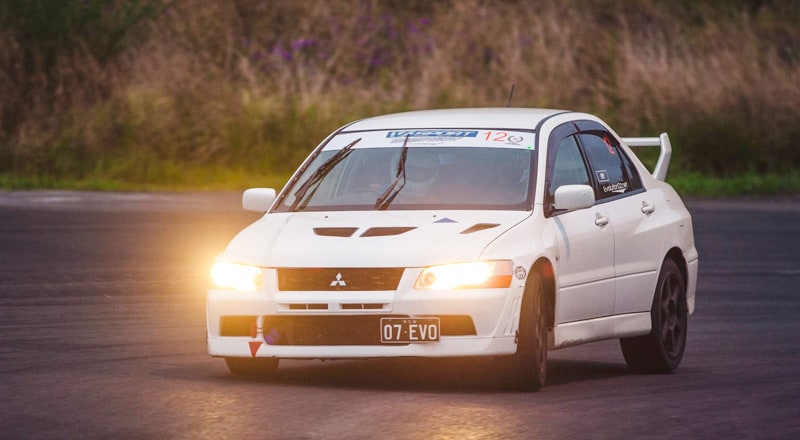 John McCredie competing on tarmac in his Mitsubishi Lancer Evo 7.