The name Dave Rowley may not ring a bell with you, but the Yorkshireman is a key person behind Subaru Australia’s rallying success.

What is your official title?

How did you get into rallying?

As a kid in Yorkshire I used to go and watch the old RAC Rally that went through Harewood Park, near Leeds .

For some reason, getting showered in mud, which was quickly washed off by the rain and snow, sparked a life-long fandom that I’m lucky to pursue in my Subaru role.

What is your favourite rally moment you’ve experienced?

There have been many, not least Molly’s 2016 Championship win, which was a great culmination of our re-entry into domestic rallying, teamed with Les Walkden Rallying. The fact that Molly was the first female winner was also special.

Watching Possum Bourne in action was always inspiring too. In fact, any time spent with Possum outside of the car was entertaining too. He had an absolutely infectious personality.

I always tried to be polite and offer to make him a coffee when he came to the office. The problem was, by the time I made it, he was usually on my phone making a lengthy international call trying to tie up some sponsorship deal – all the while looking entirely comfortable with his feet up on my desk.

For me, some of the team work in service is just as rewarding as the on-stage action: I think it was in Tasmania in 2005 when our crew had 20 minutes to change the gearbox in Cody’s car, in freezing weather and bad light.

A big crowd formed to watch and the crew didn’t crack under pressure, finishing with seconds to spare, getting a huge round of applause from spectators and enabling Cody to go on to win the heat and the rally. It was inspiring stuff. 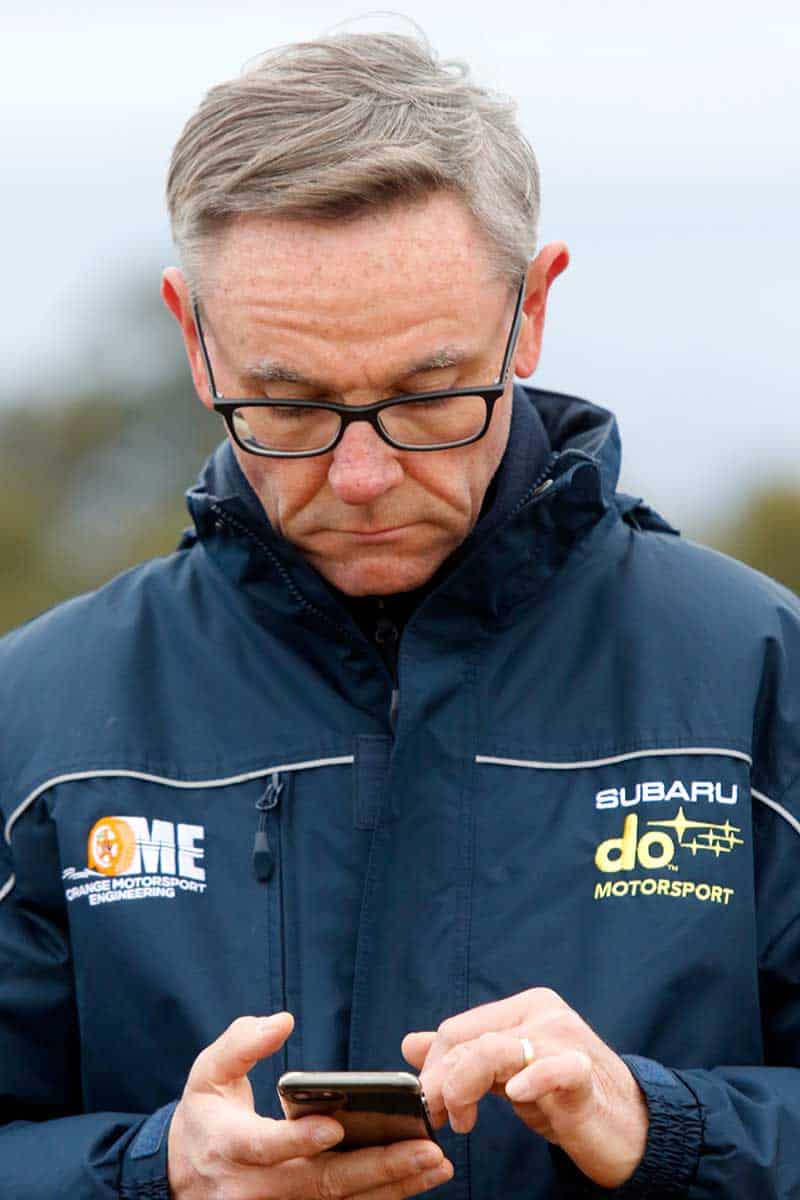 What is your favourite rally?

All of them .. .but I do miss the days of the Mineshaft in Canberra.

Who is your favourite driver?

In the current crop, it’s got to be Molly Taylor! But historically I must name check the late, great Possum Bourne. I really believe he would have been a true World Rally Championship contender if he’d been born in the northern hemisphere.

Of course, the incredibly talented Cody Crocker and Dean Herridge also contributed so much to our rally heritage in the days of Team Subaru and Subaru Rally Team Australia, as did Dean’s dad, Rob, right at the start of our domestic rallying journey.

What is your go to snack food?

The sheer pleasure of a CWA (or similar worthy organisation) bacon and egg roll on the day’s first spectator stage: I can convince myself it’s okay because it’s for a good cause, so it’s the right choice.

Normally, I try to be super-disciplined, so cashews and almonds are the go. 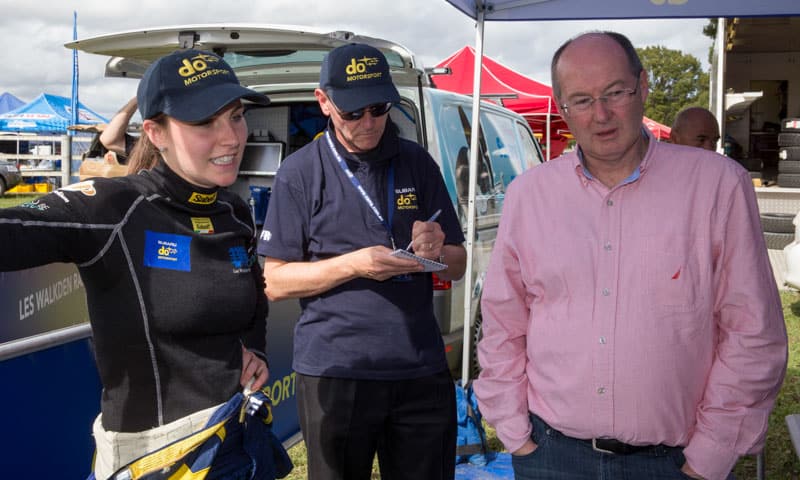 Subaru have a prestigious history in rallying. How does this play into considerations when planning a rally program?

We’re ever-conscious of the “blue Army” of Subaru motorsport fans, so a key question is always: what do the fans like?

In our previous era, that was probably measured more by legs on the ground at an event, but now, social engagement via Facebook and Instagram is a key consideration.

If we get traction on those platforms – or should I say, All-Wheel Drive traction – we know we’re resonating with our audience.

Of course, teaming with the right motorsport provider is essential too. We had incredible success with Possum Bourne Motorsport, capturing 10 consecutive Championships, then after a 10-year break, teamed with Les Walkden Rallying to win our 11th title straight out of the box in 2016.

Now Orange Motorsport are doing a great job keeping us in contention in 2019.

Molly Taylor is an amazing ambassador for Subaru. How does the company see her contributions to the brand?

Molly makes a fantastic contribution and her engagement with young families and kids, besides our traditional motorsport audience, is amazing.

You’ve only got to see parents and kids swarming around Molly in the service park on rallies to realise she is such a positive spirit and influence.

She does some great work with charitable organisations too and takes time out to make inspirational speeches in schools and various forums.

Molly also engages with people who might not be that familiar with Subaru, which is a great asset in generating interest in our brand. 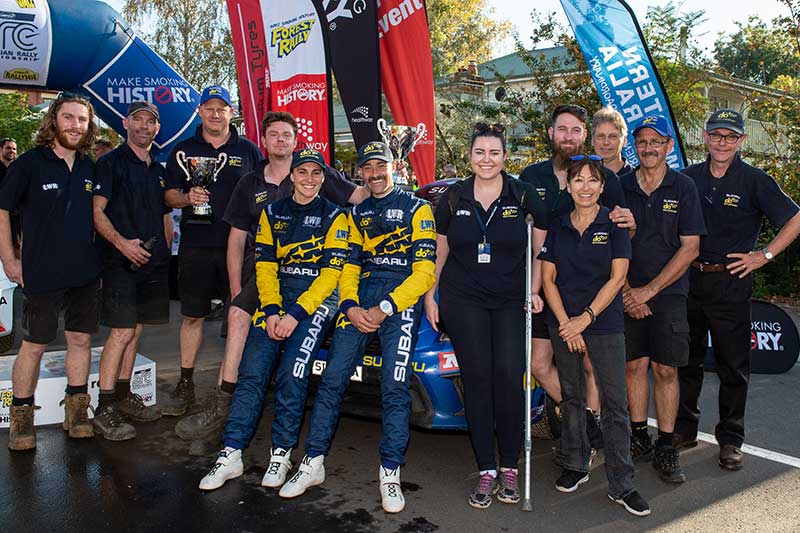 Dave Rowley (far right) with the Subaru do Motorsport team at the Forest Rally in April.

Taking a step back, you were in the middle of Subaru’s domination throughout the 90s and 00s. How did you see these times, in what many would describe as ‘the peak of Australian rallying’?

I started at Subaru in 2000, so parachuted into a fantastic adrenaline-charged environment, thanks to Nick Senior, that really was irresistible in terms of our team’s spirit, ability, positivity and, of course, results.

It became infectious throughout Subaru at a corporate level and that pride in the brand and its products continues to this day, so it’s priceless.

Many believe that Subaru are behind the eight ball as they are running the much larger, heavier WRX. Does this concern you and those at Subaru?

To some extent we’re “the little brand that can.” We remain true to our turbocharged All-Wheel Drive ‘Rex rally heritage and the fact that (at the time of this interview) we are running second in the Championship is a great reflection on Craig Brooks’ Orange Motorsport team and the car. 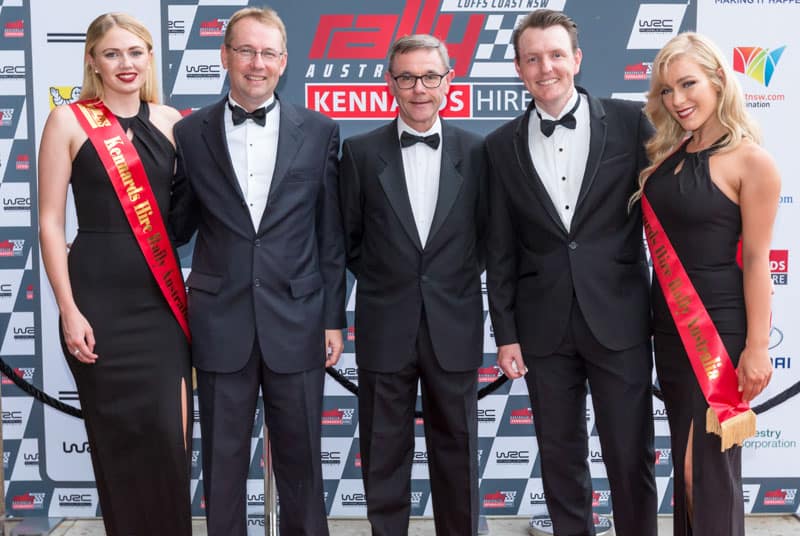 Dave Rowley (centre) glamming it up at the end of season WRC Gala Dinner.

The relaxed rules of the G4 class now make it much easier for cars to fit into ARC classes that may not have fitted in before. Has there been thought of utilising these freedoms to put the WRX running gear into the smaller, hatchback Impreza model, or even the XV?

We’ve made a decision to stay true to our rally roots in the current era.

We want our fans and customers to be able to make a direct association between the car we rally and the car you can see in the showroom.

We don’t sell turbocharged Imprezas or XVs, so wouldn’t want to create frustration by rallying a car that you can’t buy in the showroom.

Subaru have recently released the Levorg, which is a hatchback car. The standard model comes with a 1.6L turbo engine. Is there a possibility that we could see this morphed into an AP4 car? Subaru now have an engine which fits the class specifically.

We’re committed to the WRX STI as our domestic rally platform and have no plans to explore other classes at this stage.

In saying this, has Subaru thought forward about whether they will again go at an ARC title?

We’re happy with our season to date and as always, will conduct a review after the final round in November, to decide on plans for 2020. 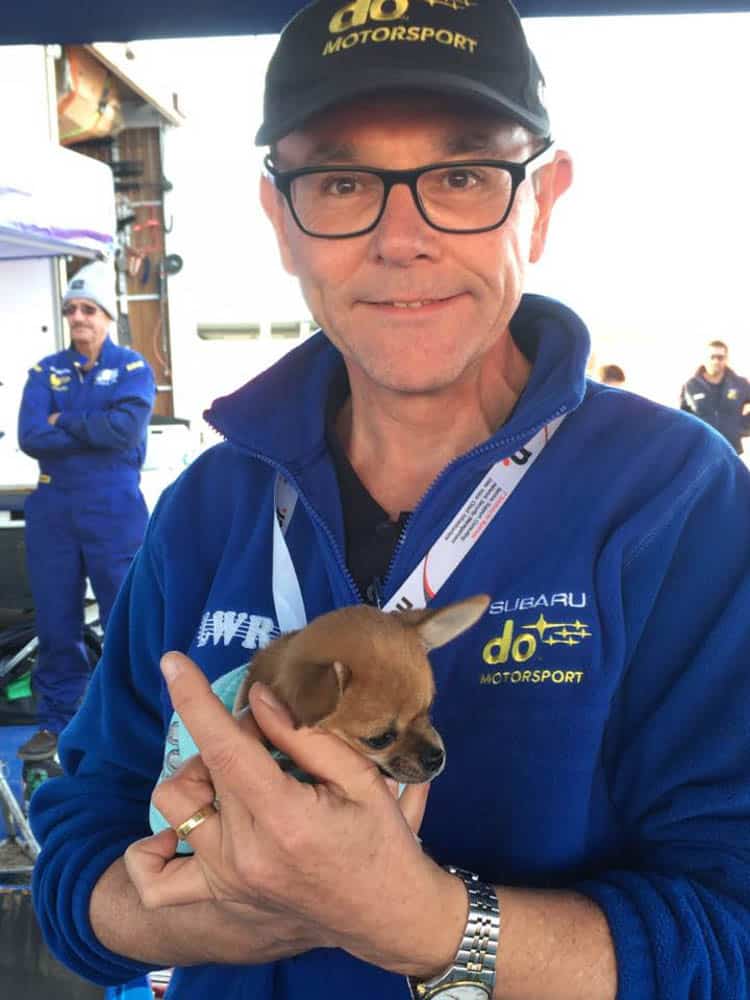