A trip down Targa memory lane 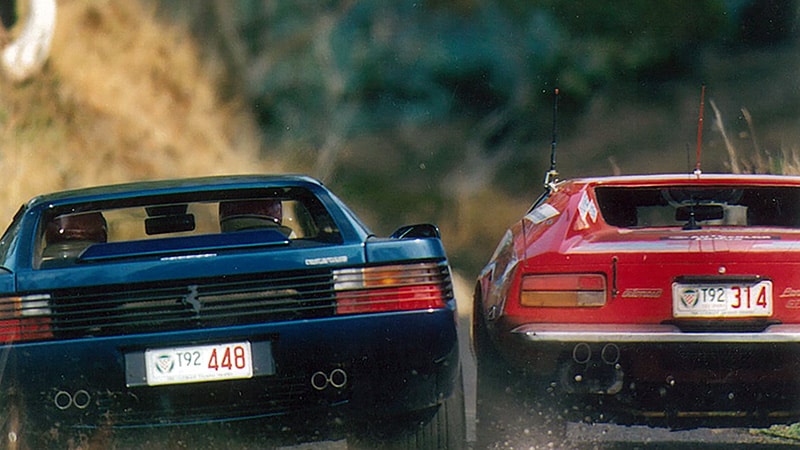 A classic image from the first Targa Tasmania in 1992

With the 2019 edition of Targa Tasmania beckoning, its timely to delve into the archives to take a look back at the inaugural running of the ultimate tarmac challenge.

Since its inception in 1992, Targa Tasmania always promised to become one of the great tarmac rallies in the world.

And it has delivered on all fronts with the event held in the highest respect on the global stage.

From the maiden event, a veritable galaxy of stars have tackled the Apple Isle’s notoriously tricky and technical strips of bitumen.

In 1992 Greg Crick, a prominent Launceston car dealer and accomplished circuit racing driver, was highly fancied in a hot field with co-driver Greg Preece in Honda’s much hyped NSX supercar.

Only a few months before his untimely death of a heart attack during the Bathurst 1000, the 1967 World Formula 1 champion Denny Hulme was entered alongside Angus Mackenzie in a 1990 BMW M5.

Brabham had rekindled his heady Formula 2 days during the 1960’s with Honda by competing in the mid-engined NSX coupe alongside journalist Barry Lake.

Diana later married Australia’s first grand prix driver, Tony Gaze, and led the field away from the Launceston start with her daughter Catherine in the co-driver’s seat.

Local businessman and speedway champ Chas Kelly entered a $1 million Ferrari F40 but had a nasty off-road excursion on Day 3, ending with significant damage to the Italian supercar with a damage bill topping six figures.

The field continued its ‘who’s who’ of world motor racing entries with Sir Stirling Moss in command of a 1967 Ford Shelby Mustang with wife Susie calling the pace notes.

As competition began Crick and Hulme were engaged in a pitched battle for supremacy. Their nip and tuck battle raged throughout the five-day event that traversed the length and breadth of the island state.

After clutching a 40 second lead following the second day of competition from Hulme, the 1991 Australian Sports Sedan champ Crick squeezed out his advantage to just under a minute after Day 3.

Hulme made up the deficit on a wet fourth day to hold a one second lead over Crick going into the 166km run from Burnie to Hobart on the final day.

The intense battle at the front was the stuff organisers had dreamed of as Targa aimed to become as iconic as some of the world’s long lost tarmac rallies in Europe that included Targa Florio and the Mille Miglia from which it draws its inspiration.

Crick managed to snatch the lead back in the closing stages on the final day with some imperious driving as the pressure mounted.

With the penultimate stage reduced to touring status and the final run into Hobart cancelled, the Launceston racer was duly classed the winner by a slender nine seconds.

Moss would be classified 20th outright while Brabham was fifth.

Crick went on to take the 1993 Targa Tasmania which continues to lure many decorated drivers a few decades on.

Following on from the maiden rally which attracted 196 entries, the 2019 event will see 265 cars on the start line.

Stay tuned for all the latest on Targa Tasmania which doubles as the second round of the four round CAMS Australian Targa Championship.