Shamrock Motorsport’s Richie Dalton has taken a career-best result at round five of the 2022 Australian Rally Championship.

Driving his Toyota Yaris AP4, the Sydney-based Irishman won two stages outright on his way to second place in the Adelaide Hills Rally in South Australia.

The mixed-surface event was based at The Bend Motorsport Park near Tailem Bend, and involved stages run on the race circuit and access roads, as well as shire roads stages in the Adelaide Hills.

After the opening four stages on the GT circuit on Friday night, Dalton and co-driver, Dale Moscatt, were sitting in fourth place, despite struggling with the foreign surface.

“It was my first time competing on a race track and it took some time to come to grips with where to position the car on such a wide track,” Dalton said.

“I got more and more used to it as the stages progressed, but when it got dark I also had trouble on the unlit parts of the circuit where my driving lights didn’t quite have enough spread.”

Once the rally moved on to gravel on Saturday, Dalton started to find his groove with a string of second and fourth-fastest stage times.

By the time the field had completed 10 of the rally’s 28 stages the Shamrock Motorsport driver had moved into second place, a position he would hold until the end of the rally.

After fine conditions on Saturday, the weather turned sour early on Sunday morning with the stages blanketed in rain. 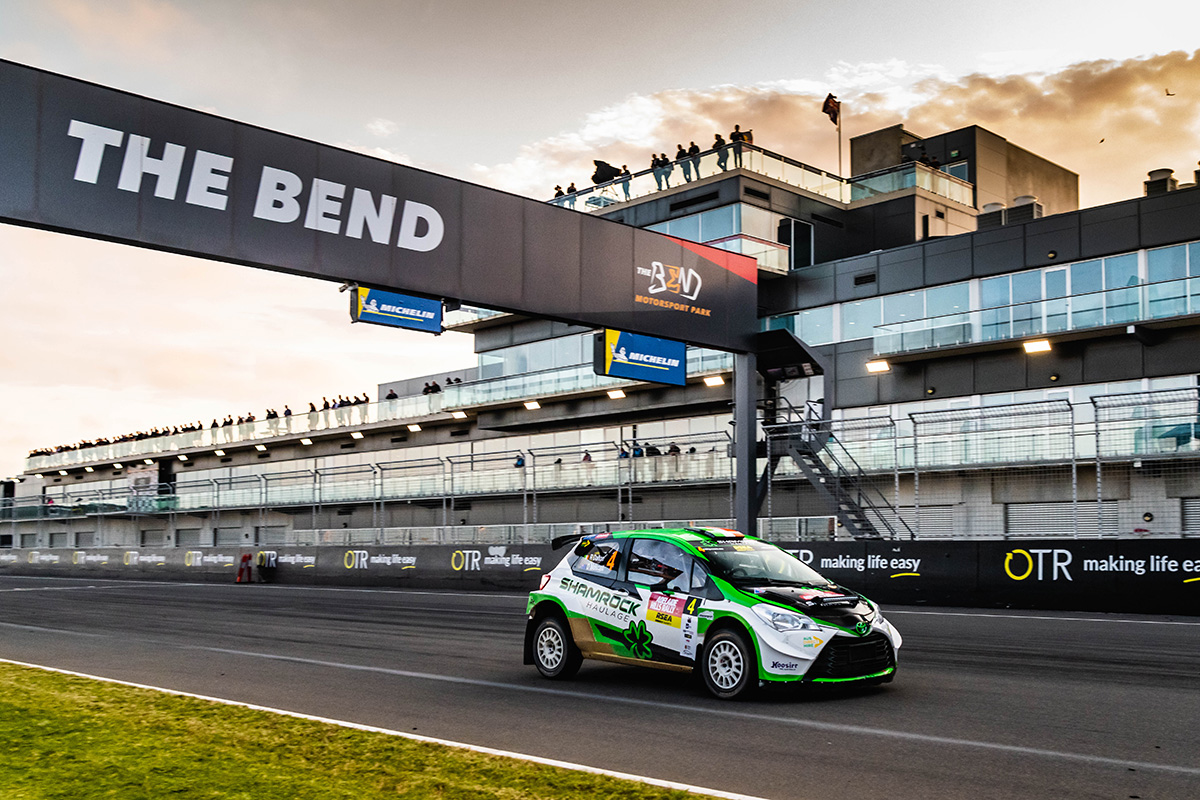 Richie Dalton won two stages on his way to second place in the Adelaide Hills Rally.

It didn’t seem to deter Dalton, however, who launched out of the blocks, setting the fastest time on the opening two mixed-surface stages. In doing so, he beat the two factory Toyota Yaris’ of Harry and Lewis Bates.

“The conditions were diabolical, but I found a good rhythm in the car and managed to keep it clean and tidy on both stages,” Dalton explained.

“Once I got my head around the types of stages being used, I was able to push a little harder, even though it really was a matter of driving straight and trying to keep the momentum of the car up as much as possible.”

With a gap back to third place of nearly two minutes, he was then able to back off his pace and ensure that he got the car to the finish in one piece, which included finishing third on the rally-ending Power Stage.

“To finish in second place was incredibly pleasing after we dropped quite a lot of time on Friday night,” he explained.

“At that stage, I thought that any chance of a good result was gone, but we knuckled down and put a series of good stage times on the board which managed to pay off in the end.” 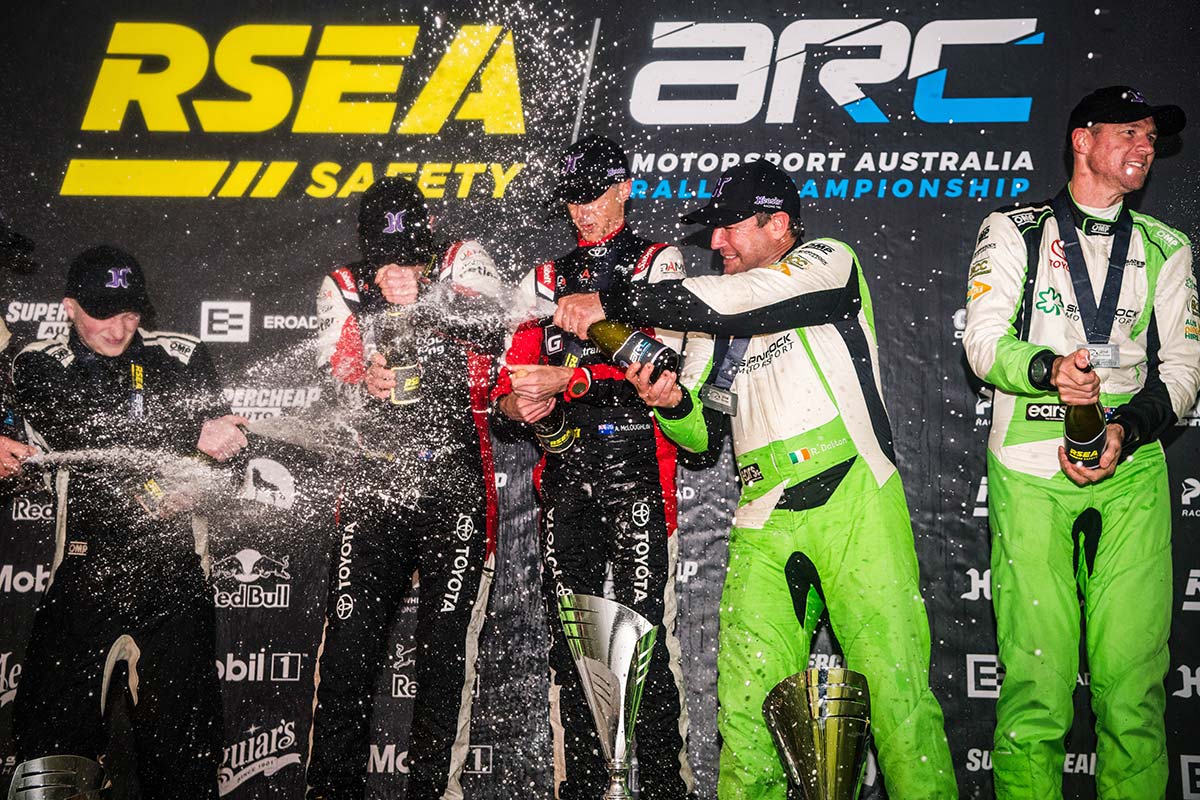 Richie Dalton on the podium after his career-best result in the ARC.

The result leaves Dalton third in the Australian Rally Championship with one round to go, once competitors drop their worst round of the season.

The Coffs Coast Rally, in Coffs Harbour in November, is an event that the Irishman has had success at in the past, and he’s confident of being able to maintain his podium place to create an historic Toyota 1-2-3.