Anniversaries and birthdays are the worst way to be reminded that time is rushing by. This month I expect to reach another landmark in life, my 80th birthday.
Other work milestones for me this millennium started with my 400th world championship rally attendance (Cyprus Rally in 2006), followed by my 500th (Portugal Rally in 2016), my 50th consecutive “RAC” Rally GB attendance (in 2018), and my final WRC attendance (to date) being the Deutschland Rally in 2019.
For me these have been a very worrying development.
The last thing you ever wanted to do during a present-day blink-and-you-will-miss-it world championship event was to have a drink to celebrate. Every sip of alcohol could lead to an important fact missed or an obvious explanation overlooked.
And the idea of having a celebration when you arrived home was an irritation to the family, who found your forever absences an obstacle to the smooth running of their lives.

But more than ever, such anniversaries are a threat to your credibility. Age is considered its own obstacle to judgement, to progress, to keeping up with the times.

In our work we spend so much of our time pretending we are not old, forgetting the first RAC Rally we witnessed was well over 50 years ago, forever trying to understand the latest technical innovations in text transmissions, and NEVER saying “I told you it would be a bad idea”! 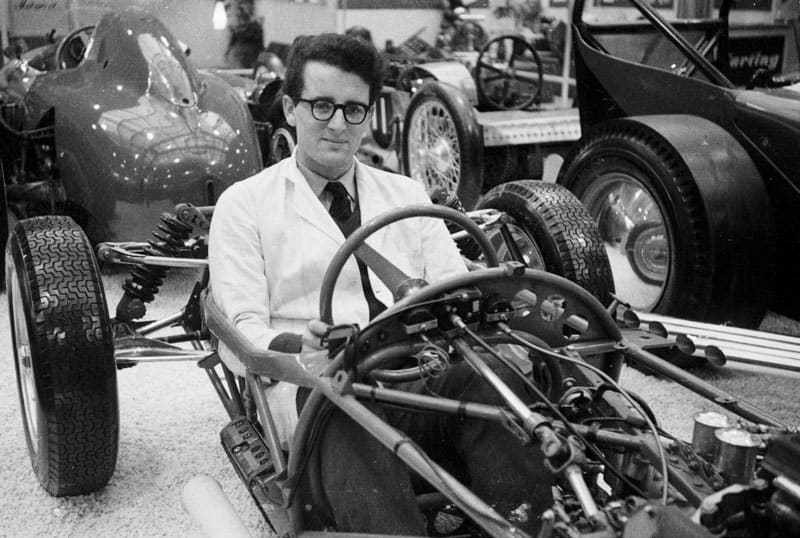 Future journalist Martin Holmes cleaning cars at a racing car show in the UK, before he rose to rallying prominence.

The trouble is that rallying, for me, is as exciting as ever. The ever changing format of events creates a fascinating scenario, the determination to win among the competitors is as strong as ever.
It has always been a privilege to be given a press pass, to enter the special stages, speak to the drivers in the interview areas, and more valuable still – the fact they were prepared to talk with you.
They say that memories are all old people have left to enjoy! For me it all started with my first rally in 1959 while studying at Southampton University.
My competition career finished with the RAC Rally in 1981. From 1962 till 1974 my spare time focussed on navigating on British road rallies, winning countless local or national events, and moving on to national, regional and WRC events.


I have worked on literally hundreds of events with private teams, with works entries on world championship rallies with Ford, Toyota, Renault, Skoda, Datsun, Lancia and Vauxhall. 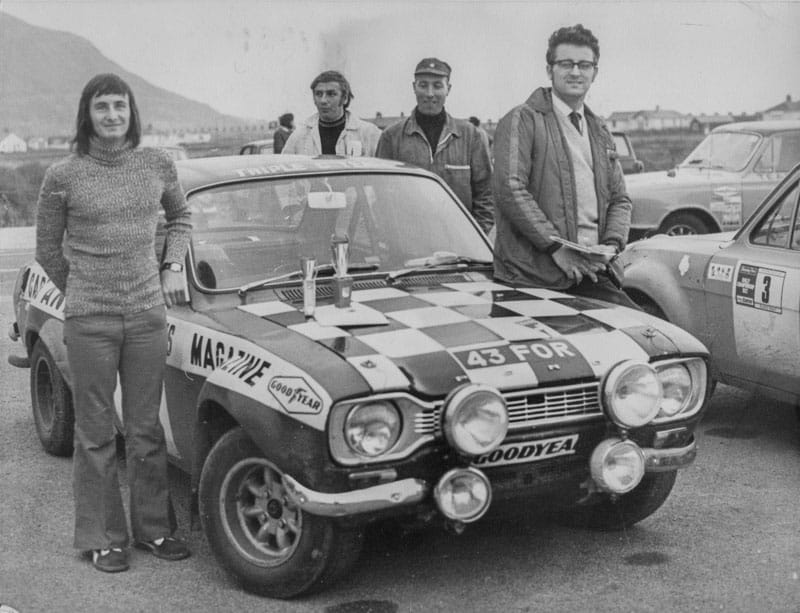 Looking back on the past 500 plus WRC events, there have been some wonderful moments to recall, but most of all the greatest memories have been the places we have been, the horrors of the problems which befell us, the pleasure of working alongside people who were the greatest champions in their chosen profession.
And the fun goes on and on. Every week come stories which lighten up the day. Memorable moments for me have come in many forms, big or trivial, sad or happy.
The loss of Attilio Bettega in Corsica in 1985, where I took pictures of him the day before he died. I rushed to get the film processed, only to discover that the film used had been subjected to a powerful security X-ray machine, when Lufthansa had mislaid my case coming back from the Safari Rally.

Nobody warned me they had done this. I could have used fresh film!

Or the following year, also in Corsica, when I took pictures of Henri Toivonen and Sergio Cresto before their fatal accident.
Or meeting young upcoming drivers like Jari-Matti Latvala on the Tempest Stages Rally, just before his WRC debut appearance on the Network Q RAC Rally in 2002, or learning of the exploits of a 17-year old Andreas Mikkelsen, who moved to Britain in 2006 because he wanted to go rallying, as he was too young to drive in his native Norway. 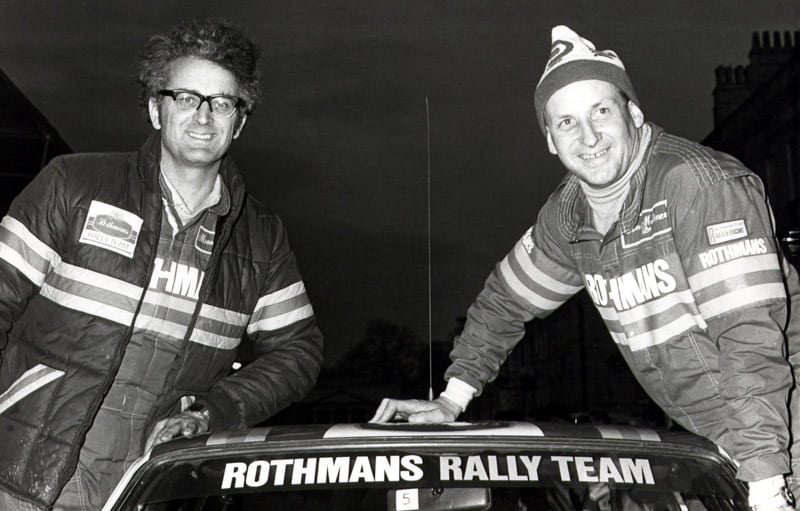 Holmes sat with some of the world’s greatest drivers, including Flying Finn Timo Makinen.

He took his British driving test and two days later brought his Ford Focus WRC to a rally in Wales and won the event overall. The next day he went to Scotland and was excluded when he was lying second, for illegal servicing.
One of the best opportunities I had came in 1991, to interview Juan Manuel Fangio when he was in London, coincidentally celebrating his 80th birthday!
I actually also enjoy the life behind the scenes as well. It is amazing what even the most casual off-the-cuff remark by an official will explain.

The sport is an ever moving jigsaw puzzle. The trouble is that I do not want to give it up, but maybe that is not up to me.

What I know very well is that I can only live the rally life if the commercial world supports the sport, and that is far from guaranteed at the moment. My financial lifeline is the publishing world. Fortunately fans continue to be interested in the sport, despite the increasing proliferation of alternative motor sport disciplines. 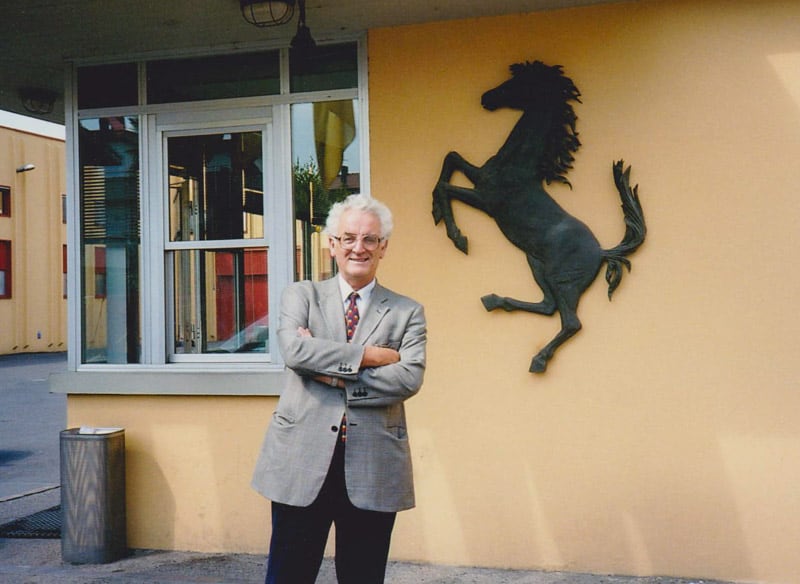 Martin Holmes at the Ferrari headquarters in Maranello in 2001.

They say that older people should not get involved in following the news stories, they should be there to comment on what is going on. But the trouble with rallying is that the sport is centred on the news world, the things happening right now, and that is what makes the sport so much fun to be working in.

Age? Who wants to get old when so much is going on when you are young?

Every time I talked with Timo Rautiainen, Phil Mills, Daniel Elena and look at the office in which they work, I wished that I was 40 years younger, and able to sit where they are.
I remember how Tripmaster distance recorders kept breaking down, when exhausts kept falling off cars, when we could be all alone in the back of a mountain and have nobody to tell when we broke down.
Age just makes you envious, but you also have the worry of seeing beyond what is happening today.
I want to celebrate my 80th birthday, but maybe more than that, even more, I want to start all over again, back to where the youngsters are today. 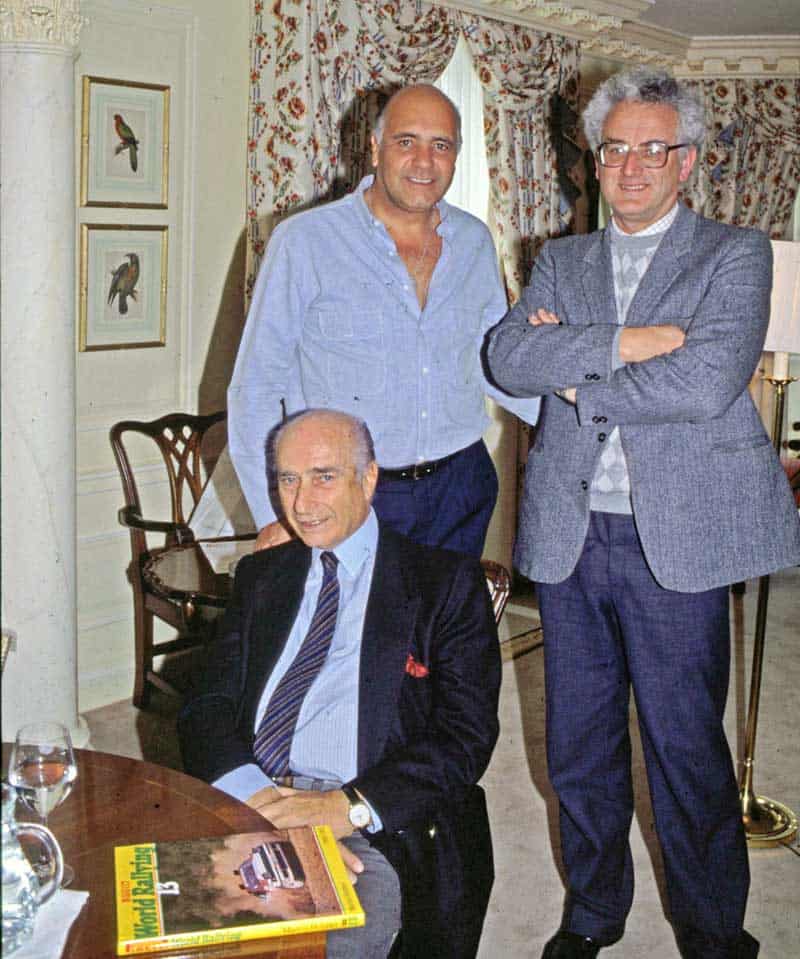 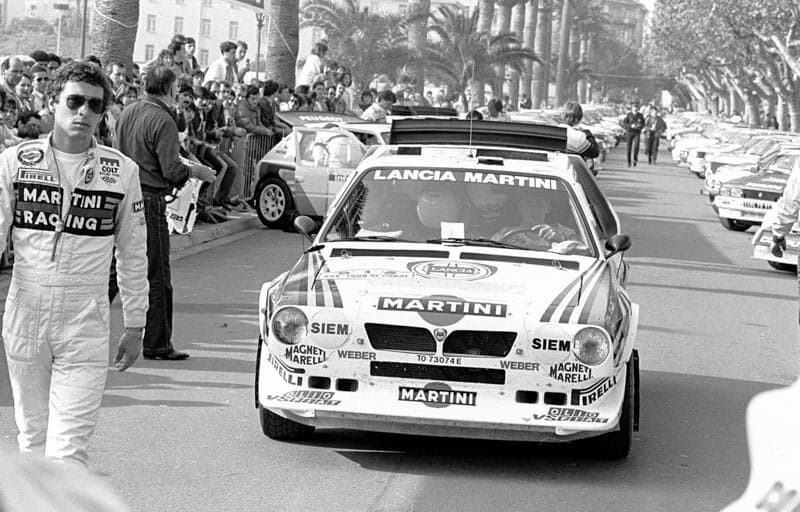 Sergio Cresto (left) and Henri Toivonen on the morning of their fatal crash in Corsica, 1986. Photo: Martin Holmes 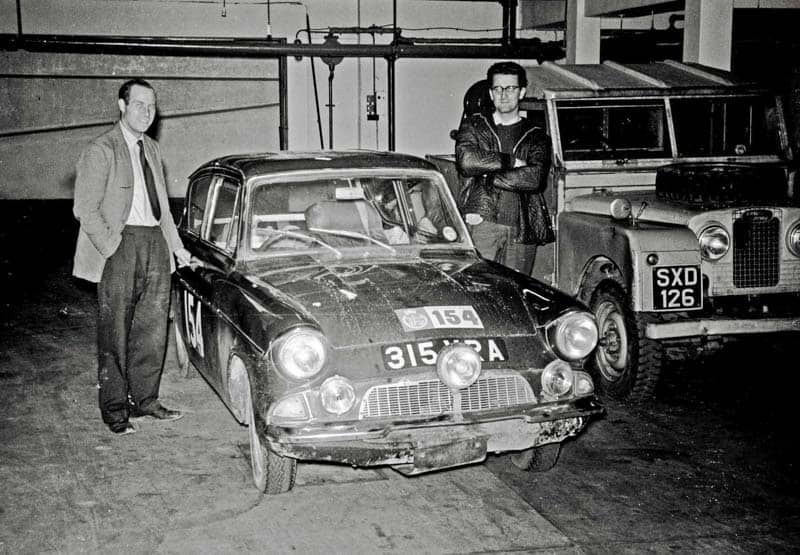 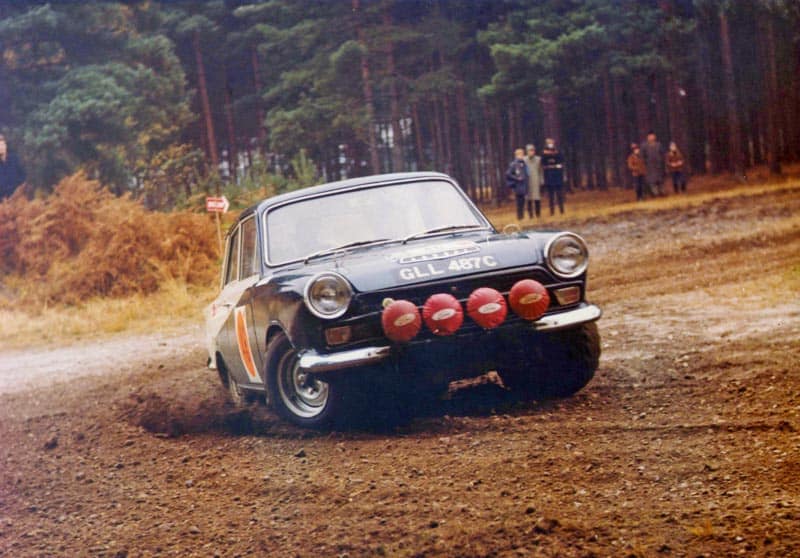 Co-driver for Chris Sclater in a Lotus Cortina on the 1968 RAC Rally. 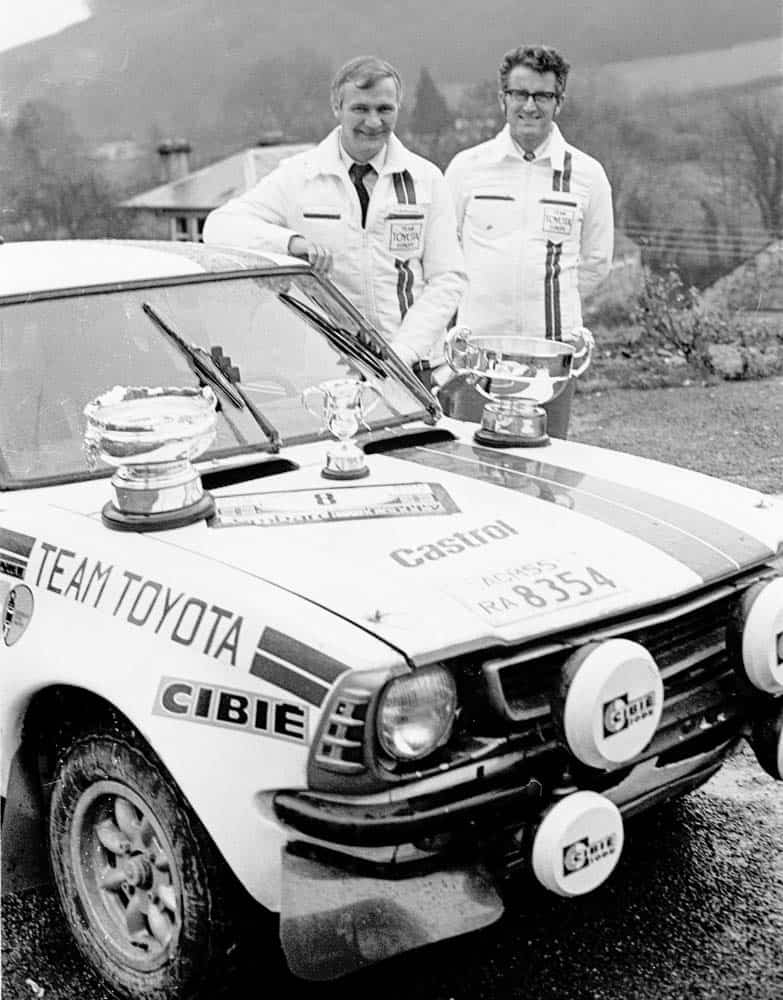 Ove Andersson and Martin Holmes came 5th on the 1976 RAC Rally in a Toyota Corolla. 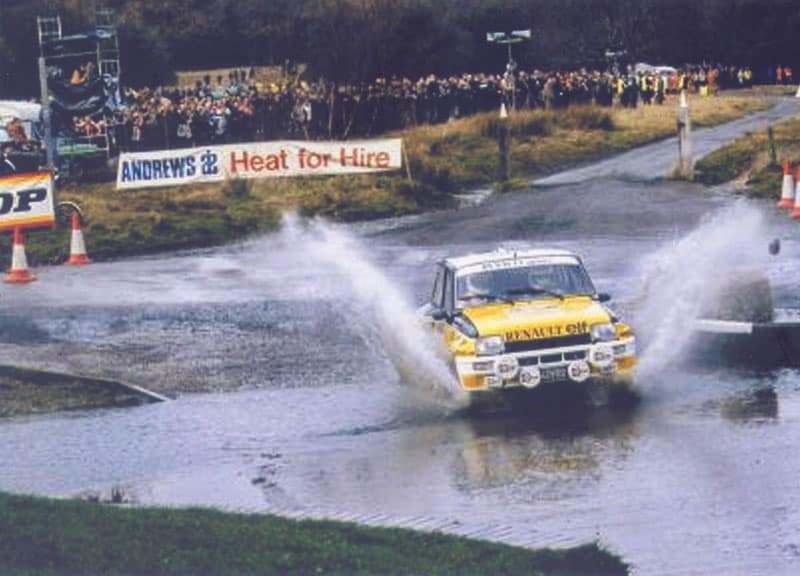 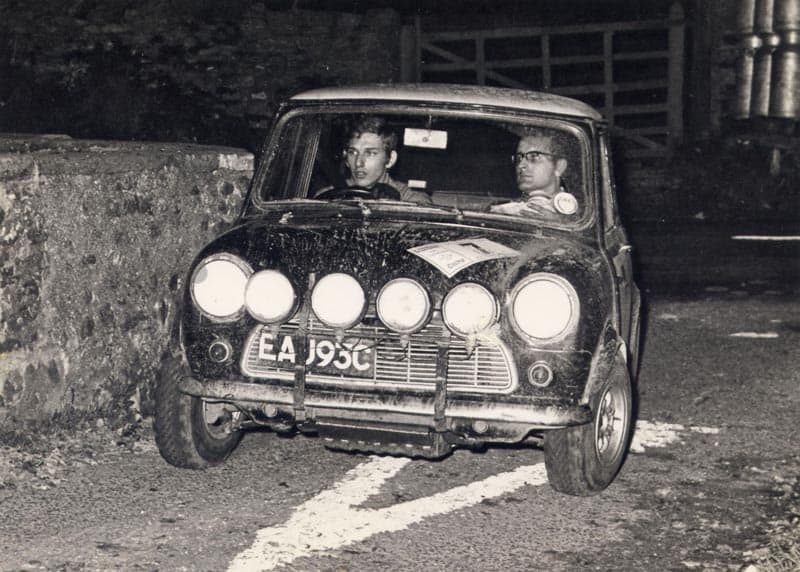 Co-driving with David Cowan in a Mini Cooper on the Illuminations Rally. 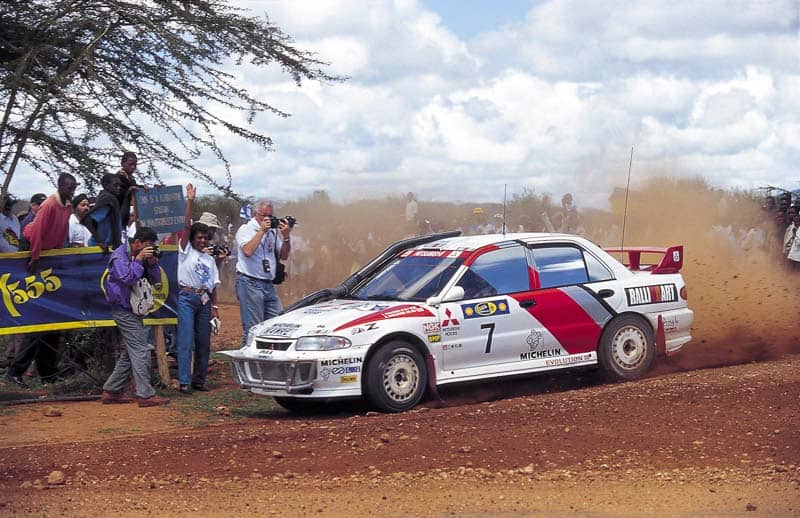 Tommi Makinen passes Martin Holmes on his way to winning the 1996 Safari Rally for Mitsubishi. 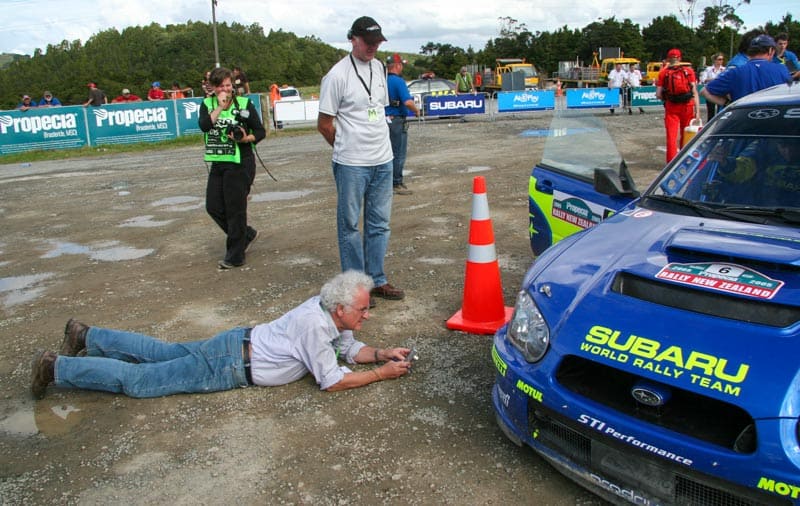 Getting down low to get technical shots of Chris Atkinson’s Subaru Impreza WRC. NZ 2005. 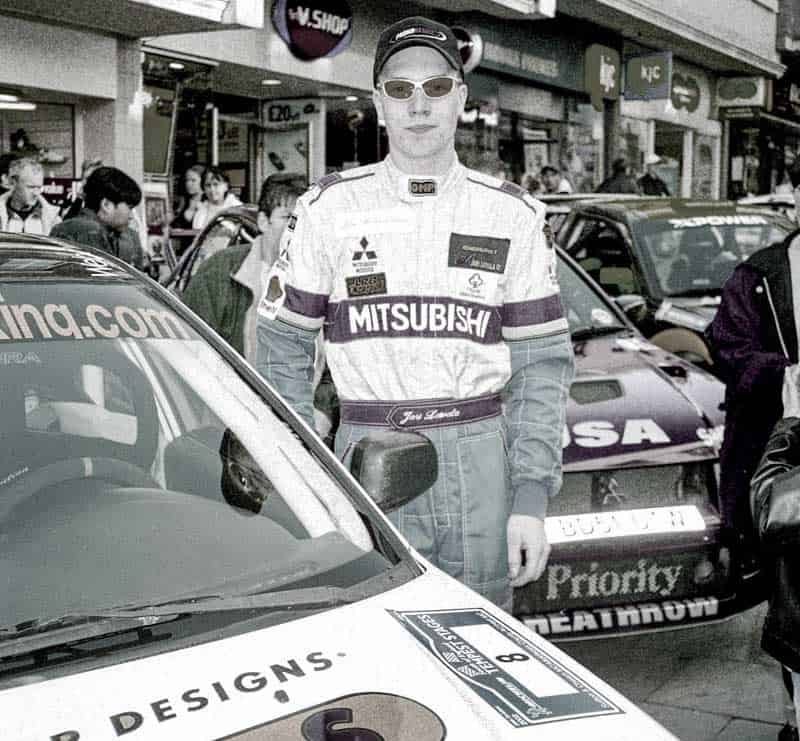 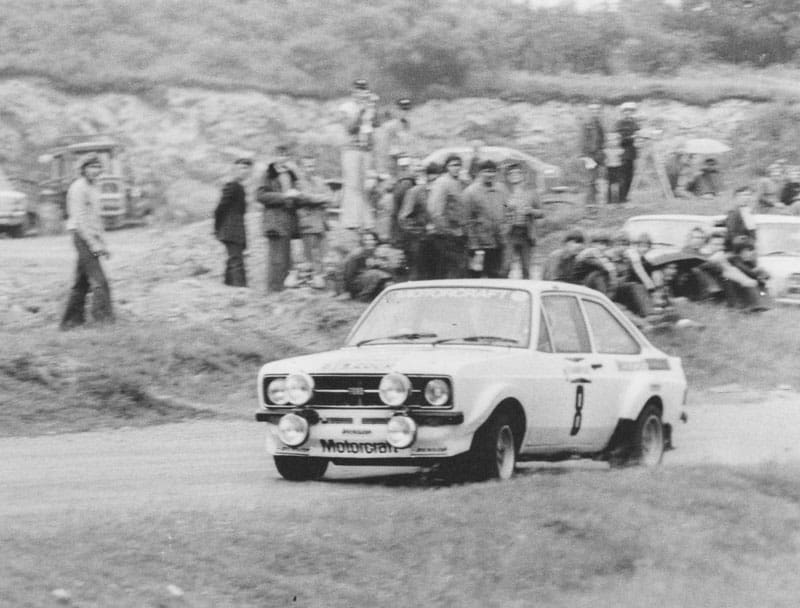 Third place with Billy Coleman on the 1979 Rally Poland in a Ford Escort RS1800. Photo: Magiera