On May 2 the Australian Rally Commission met and considered a proposal from a group of Classic Rally competitors regarding the establishment of an Australian Classic Rally Car Championship and the structure of the existing categories for 25-30 year old rally cars in competitions in Australia. 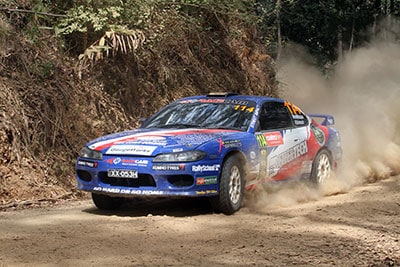 Agreement in principle was subject to some further consultation being undertaken with competitors and other stakeholders (e.g. event organisers) about any proposed changes and specifically with the Historic Rally Association and Australian Classic Rally Association who have an interest in this area.  A final proposal will be considered by ARCom out of session.

Establishment of the Advisory Group

The author of the proposal to ARCom, David Thompson, was asked to chair the advisory group and to set about establishing what groups or individuals should be represented, how many individuals should be represented and what form consultation with competitors and other stakeholders should take. The final make up of the Group is to be agreed with the ARCom Chair and should represent a balance of interests and expertise among relevant stakeholders.

The Advisory Group, once established, should deliver to ARCom its consensus on the questions about what form the Championship should take (e.g. which events should be included, how many should be included in the championship, what the point scoring structure should be (e.g. consideration of the existing heat format or the traditional aggregate time approach to scoring championship points).  Advice should also be provided on the structure of participation by C2 and C3 category vehicles in non-championship series events.

The Advisory Group should involve an ARC organiser in the consultative process to ensure that financial and other event risks are taken into consideration in the final proposal to ARCom.

The Advisory Group should recommend to ARCom any further technical changes that might impact on the proposed Classic Category structure and specifically identify the types of vehicle modifications that should not be permitted in the C2 and/or C3 category, and why (taking into account cost, performance improvement and maintenance of the ‘classic’ concept.  If a consensus cannot be reached the views of any dissenting parties should be made clear to ARCom for resolution.

After many submissions, the following have been appointed to the Classic Advisory Group: