The end of an era for Datsun rallying - RallySport Magazine
×

The end of an era for Datsun rallying 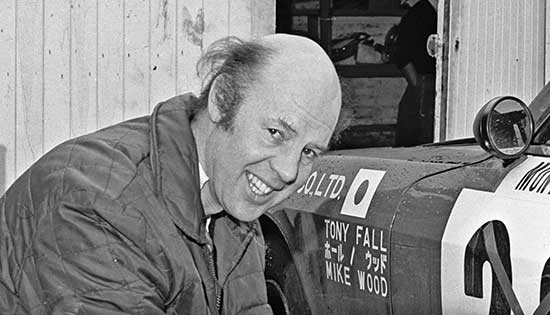 Ron Hicks (pictured in 1972) was a key player in the early days of Nissan / Datsun rallying activities in the UK and Europe. (Photo: Martin Holmes)

News of the death of 88 year old Ron Hicks, formerly the proprietor of Old Woking Service Station in the UK, brought to an end memories of a major chapter of Datsun’s early days in international rallying.

When the then little known Datsun company decided to embark on top level European rallying at the end of 1969 with the SSS Coupe model, they selected Hicks’ Datsun dealership in Surrey, south west of London , as their headquarters.

It was close to the Bagshot test track, then one of few ideal locations for rally car test work in Britain.

This family run company was officially engaged into the era of the Datsun 240Z, running cars for a wide variety of Datsun’s guest drivers, including Tony Fall and Rauno Aaltonen.

Hicks even shut down his business when his staff were required to help prepare and then run the cars.

He personally provided considerable help for Shekhar Mehta when he arrived from Kenya, eager to start his competition career in European rallying. 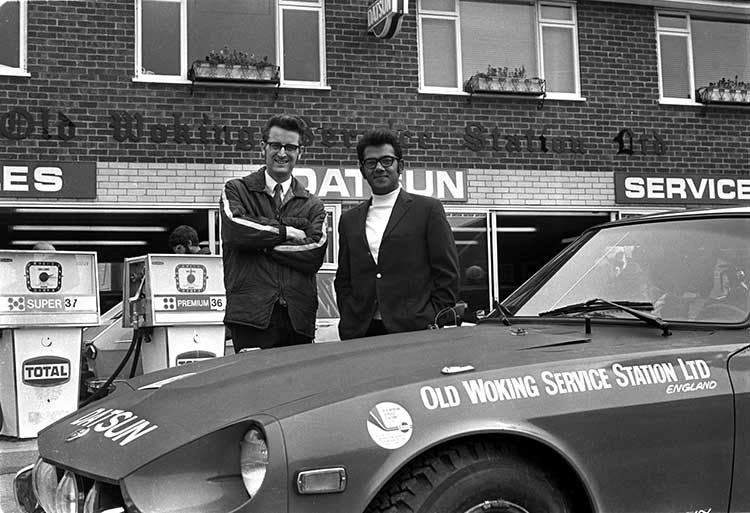 Shekhar Mehta (right) and Martin Holmes with their Datsun 240Z at the Old Woking Service Station in 1973.