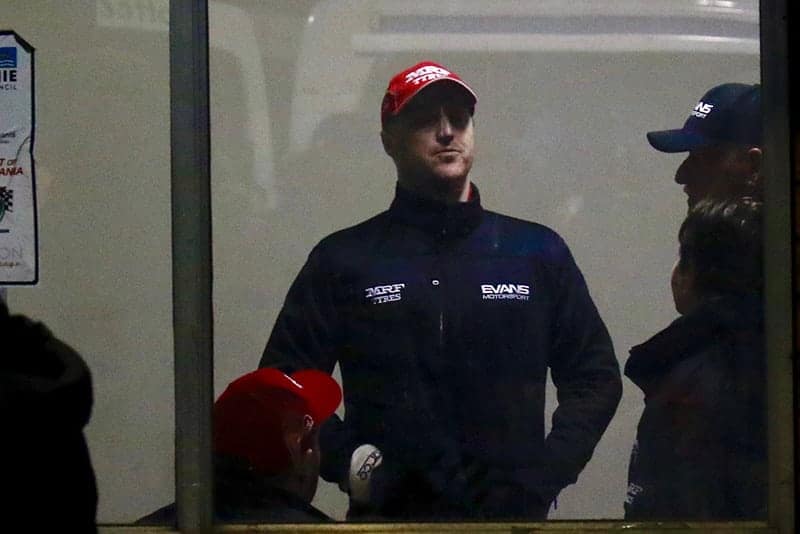 Australian Rally Championship leader, Eli Evans, had his victory in round four of the national series taken away from him this evening after a post-event time penalty.

Evans and co-driver, Ben Searcy, initially finished second in Heat 2 of Subaru Rally Tasmania in their Skoda Fabia R5, but were later penalised for receiving outside assistance on the day’s first stage.

Evans spun the Skoda mid-way through the opening stage on Sunday morning, and the car refused to restart.

After an anxious five minutes, Evans was tow started by a four-wheel drive vehicle and then continued on to complete the stage. However, this assistance is outside the regulations.

Evans and Searcy were called before the event stewards just prior to the podium presentation in Launceston, where footage of the incident is believed to have been played to them.

RallySport Mag has learned that Molly Taylor nearly collided head-on with the four-wheel drive vehicle towing Evans back onto the stage, which is believed to have prompted the investigation. 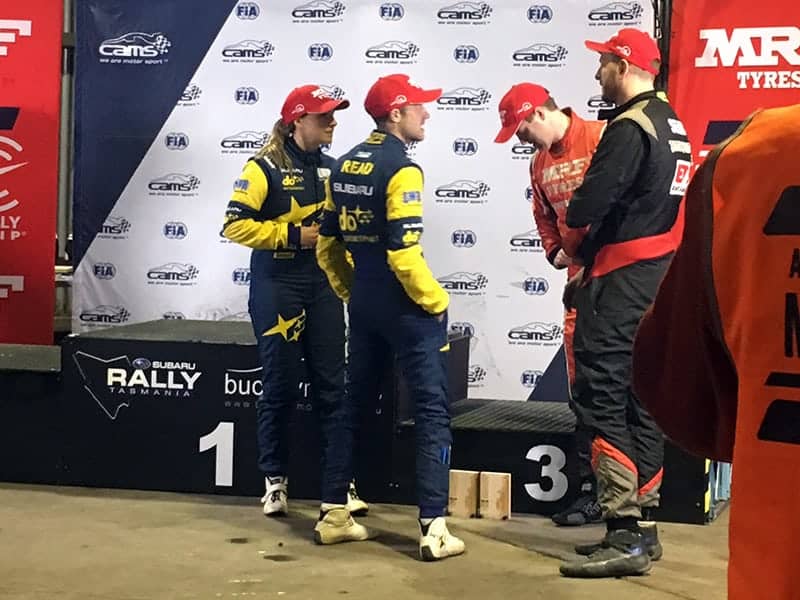 “I think we were all taken aback by the announcement and, of course, it’s still subject to appeal by Eli’s team,” Taylor said afterwards.

“Having said that, from our perspective, it’s fantastic to be back on the podium.”

The penalty given, or the reasons behind it, have not yet been communicated by the Australian Rally Championship or the event organisers.

Evans and Searcy were demoted to third place overall for the weekend, and after a hour’s delay in announcing the results, both refused to accept their trophies and the champagne on the podium.

Evans Motorsport are expected to appeal the decision.

* More information as it comes to hand.