When choosing a car for classic rallying, there are plenty of options. You can go the standard route and build a Escort or a Datsun, or you can build ... a Hillman Avenger! New Zealander Mark Laughton was the New Car Sales Manager at the Toyota dealership in Dunedin on the south island when a ‘little old lady’ traded a one-owner Avenger on something a little more modern – a Toyota Echo to be exact. 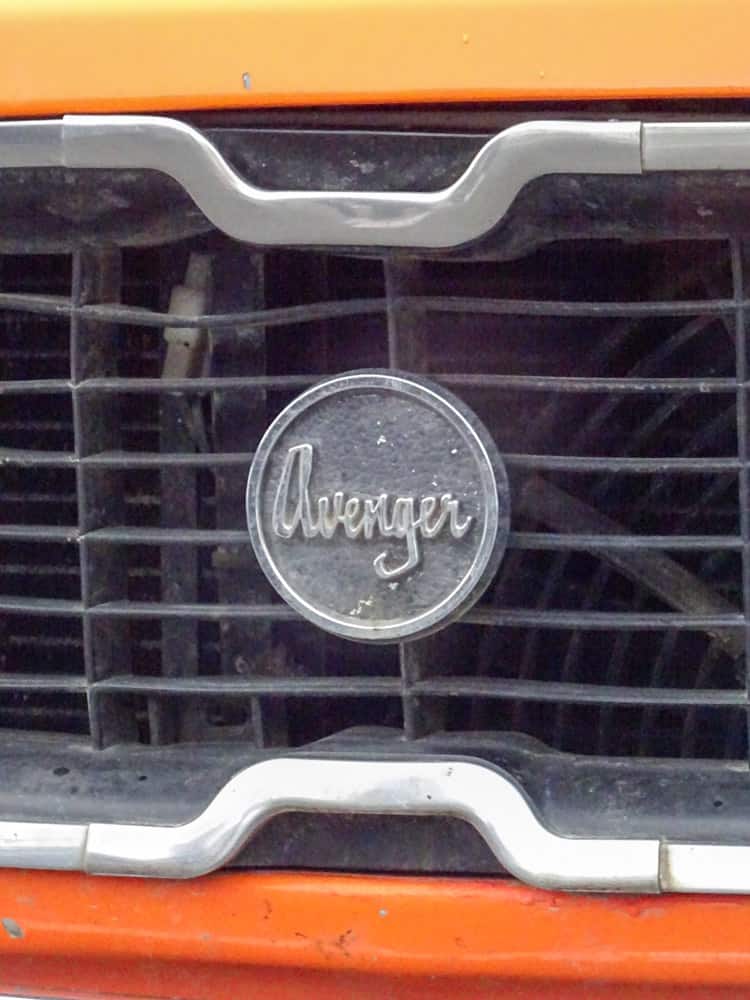 Laughton didn’t take a lot of notice, but later that night he remembered seeing an Avenger rallying once, and visions of the little British car fitted with a V8 engine and big wide flares soon had his mind ticking over. He bought the car ‘as is’ for $500, and soon set about transforming it into a fire-breathing rally car. The virgin white Avenger had skinny wheels and a black vinyl roof, but Laughton already knew what he wanted to do with it. 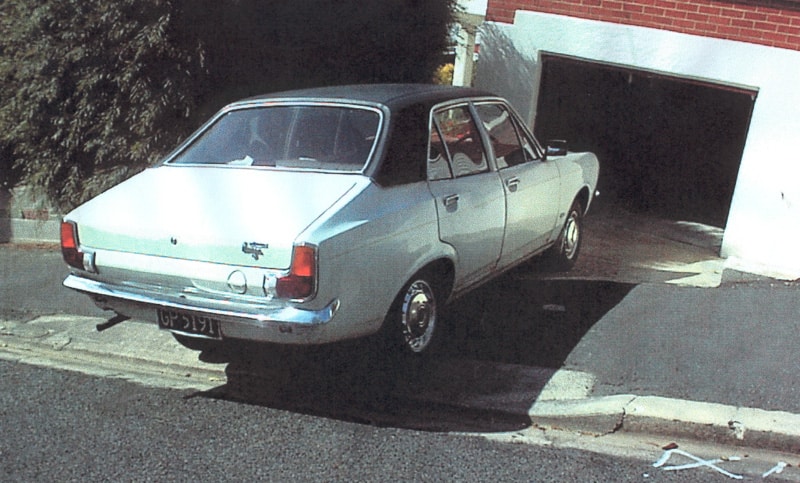 The Avenger was purchased for $500 and soon became a rally weapon.

“I knew which motor I wanted,” Laughton says, “ and that was a 3.9 litre Rover V8 engine with 3.5 heads on it. It is a light alloy motor and produces around 300 horsepower.” Getting the engine to fit inside the Avenger required moving the firewall back 100mm, but with the help of project chief Geoff Christie, this proved quite an easy job. The engine is now fitted with a rally grind camshaft and has a 650 double pumper Holley carburettor fitted to get the fuel moving. 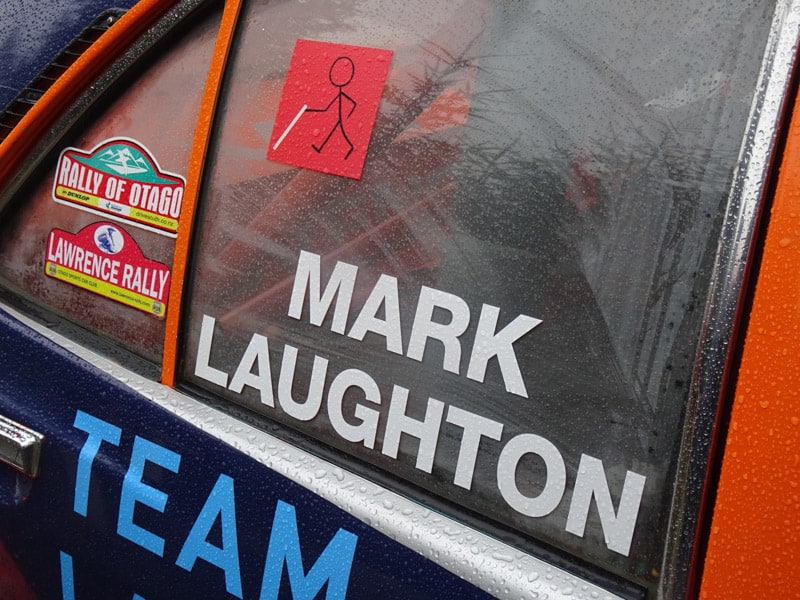 Since the initial build, the engine was later 'dry sumped'. From start to finish the project took around 18 months to complete, although Laughton admits that it was a part-time job that was fitted in around both he and Christie’s 9-5 day jobs. The car has been fully seam welded and gusseted, and a custom-made aluminium fuel tank sits in the boot, allowing plenty of room for the spare wheel. 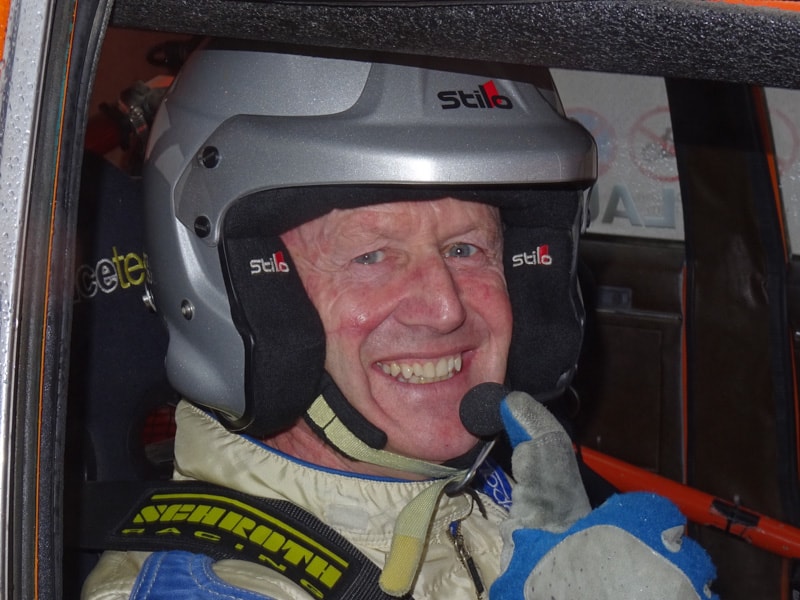 Initial thoughts on what gearbox to put into the car had led to the choice of a Toyota Supra or Celica five-speed box, but after discussions with a fellow New Zealander, who runs a V8 engine in a Mk 1 Escort, a Chev Super T10 box was chosen. “The advice I was given was that the Celica or Supra ‘box would handle the power okay, but that it wouldn’t handle the rough conditions rallying throws at it,” Laughton said. But fitting the gearbox wasn’t such an easy task, and required cutting the gearbox tunnel out of a Toyota Cressida and stitching it into the Avenger. It wasn’t an easy job, but the modification has been done so well that it almost looks like it’s been done in the factory. 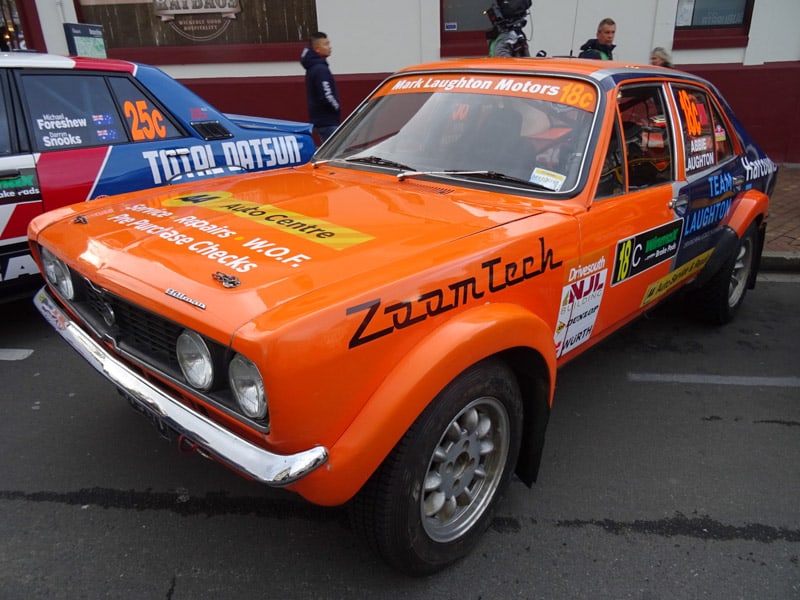 Escort forest arches have been fitted to the Hillman - and it looks the business.

The Super T10 is only a four-speed, but all the gears have been custom-made, and the close ratios make it ideal for rallying. The initial cost of NZ$4500 was expensive, but Laughton reckons it was money well spent. “The ‘box is super strong and the ratios are perfect,” he says. Because the gearbox came out of a left hand drive car, some bending of the gear lever was required to make it useable in the right hand drive Avenger and, like the rest of the car, it’s been superbly done. Getting all that V8 power to the ground was the next test, and the car debuted with a Toyota HiAce rear end with a Hilux 4.3:1 final drive ratio. The limited slip unit has been made tighter for rally use. But despite Escorts and the like running 4.8 or often 5.1 diff ratios in New Zealand, the Avenger’s 4.3 ratio was far too low – the impressive torque of the engine meant that it was simply running out of revs. 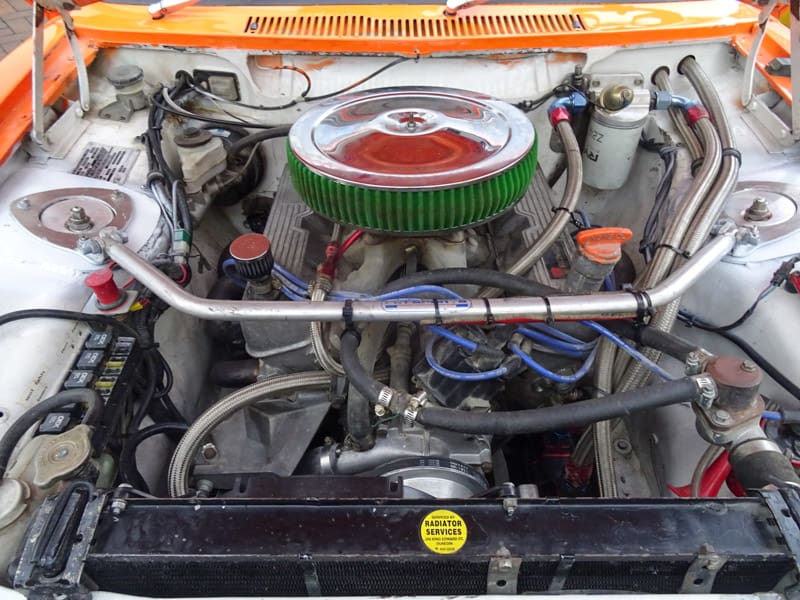 A 3.7:1 ratio was later fitted, and according to Laughton, it is the perfect ratio for the car. The rear end is 5-linked with a Watts linkage and soft rear coil springs to help traction. “When we initially built the car it seemed to be sitting on the road, not digging into it,” he says. “But by making the rear springs softer the car works a lot better and really handles well.” Shock absorbers and struts were initially Bilstein all round, but for the 2019 Otago Rally a full set of Murray Coote's MCA suspension was installed. "I have always wanted better, stronger suspension, so I bit the bullet this time," he adds. "Because it was a quick decision and only arrived the Monday before the rally, we didn’t get it quite right. I struggled with it all rally as it hasn’t got the drive and grip it has always previously had. "Murray is a fantastic help though, and we will get it right." 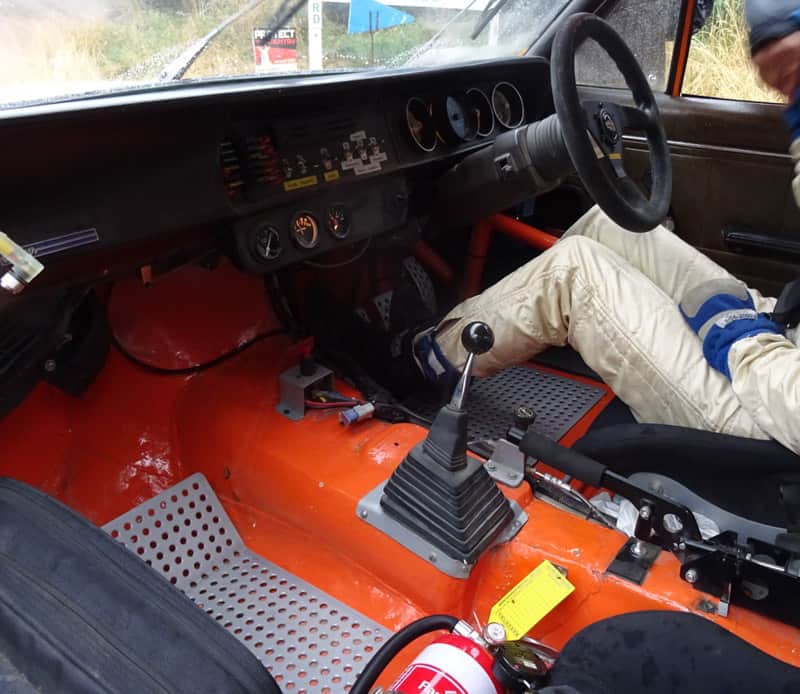 The Rovenger's gear lever has been bent for ease of driver comfort.

The steering rack on an Avenger is at the front, but by fitting a rack and steering column from a KE70 Corolla, the rack now sits behind the sump, which allows for much better steering geometry. Since the car was first debuted, Laughton has put a lot of work into the front end to get the set-up just right, as he explains: “The front end was never right for the first two years, and this ended up with us running much less caster and changing the wheel base (half an inch longer) to accommodate the steering tyre which we use. “We have also done a lot of work on the rear end to get the car squatting better and to put the power to the ground more effectively. This involved changing the mounts on the rear arms, and also changing spring rates on both the front and the rear.” 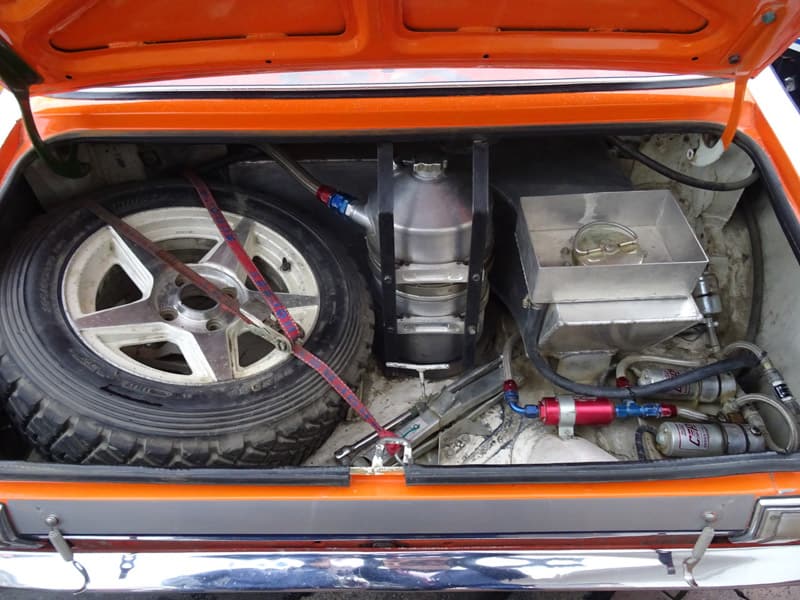 The boot is a tight fit, but it's neat and easy to access. 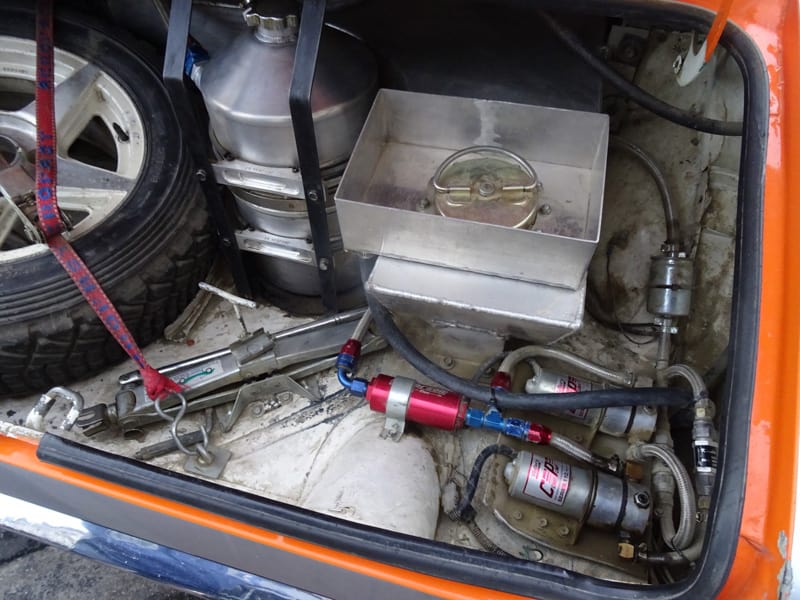 Overall, he says, the car handles better, and steers and grips a lot better than it did initially. The car runs 15” wheels and V12 Mercedes vented discs with 4-pot Mazda calipers on the front. The rear discs are vented and originate from a Corolla, with 2-pot calipers. The Avenger is slightly wider than standard, and has been lengthened by 100mm. Escort forest flares have been added, and the rear wheel arches have been tubbed out so that the car can be lowered for tarmac use. 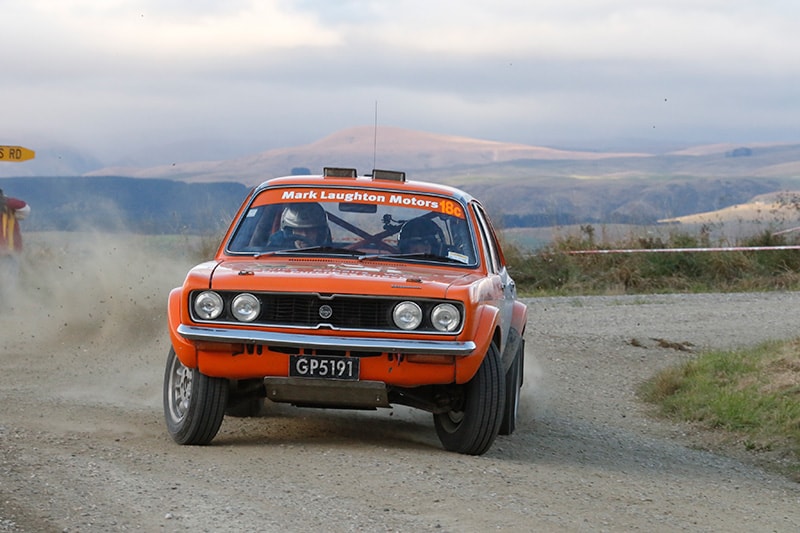 This is the standard driving mode for Laughton - on full lock with his right foot to the floor.

“It’s an absolute ball to drive,” Laughton says, “and it’s getting better all the time. "It will never be an Escort, but it's fun, it sounds great, goes really well and the spectators love it." While the New Zealand rules may allow V8 engines to be added to cars that weren’t produced with them, the Australian rules do not. However, the Laughton-Christie creation is a perfect example of what can be achieved with a bit of ingenuity and some brilliant workmanship. “All that is required now,” adds Laughton, “is for the silly old bugger behind the wheel to make more time to enjoy the car! The car certainly has a huge following at events and needs to be out there more. 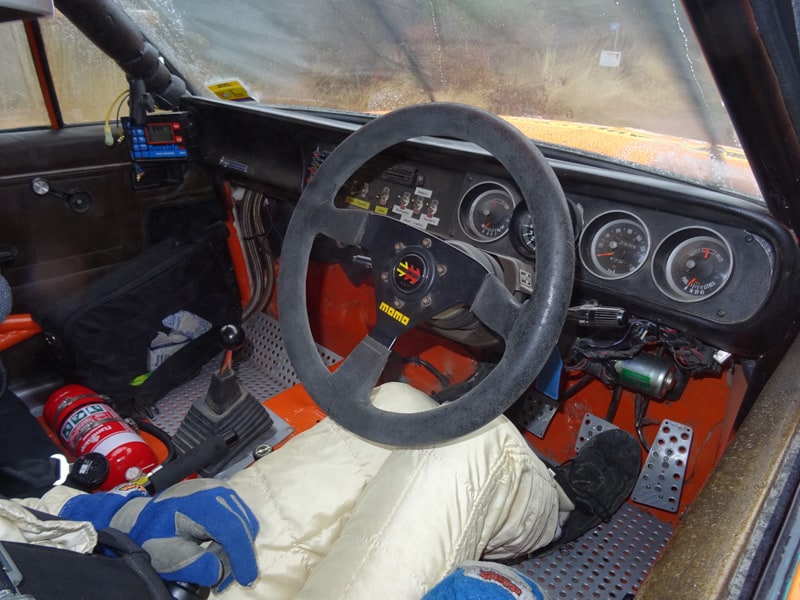 "Nowadays I only do two rallies a year – Lawrence and Otago. I do Otago blind (no pacenotes) and have won the trophy three times. "It gives me huge pleasure that my kids are so into it. Our son, Nic, navigated for a couple of years before he moved to Christchurch to study. "Then Abbie wanted to get in the car as soon as she was 13 years old. She absolutely loves it and is very good at it. "If I’m truthful, she pushes me to get out there. We had a heap of laughs at Otago this year." The ‘Rovenger’ looks the goods, sounds the goods, and would be the perfect addition to the entry list of any rally. The car is a credit to its builders, and looks set to get quicker and quicker as development continues. 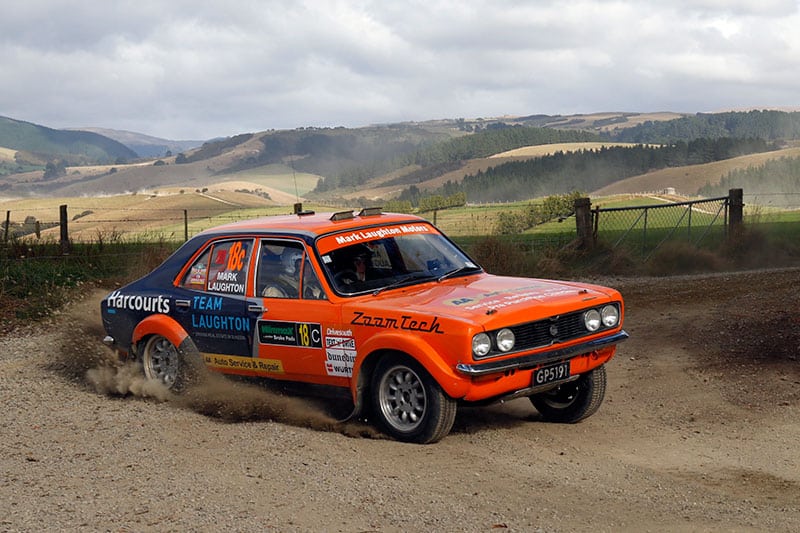 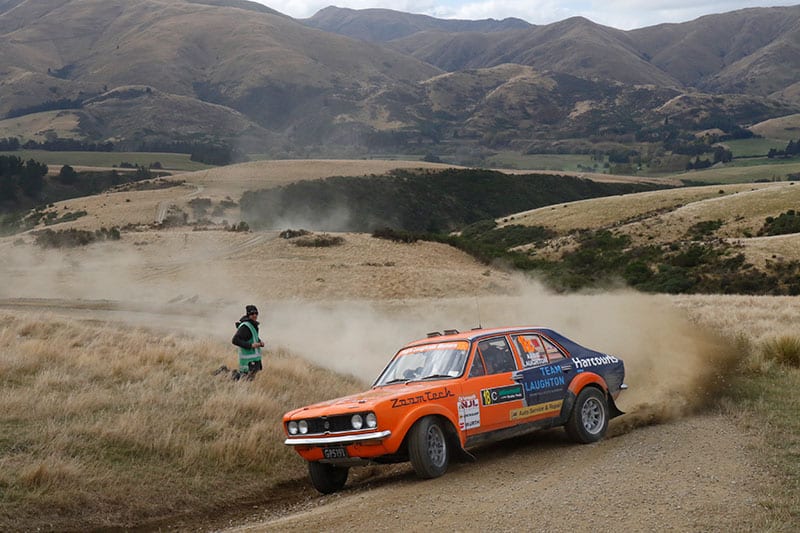 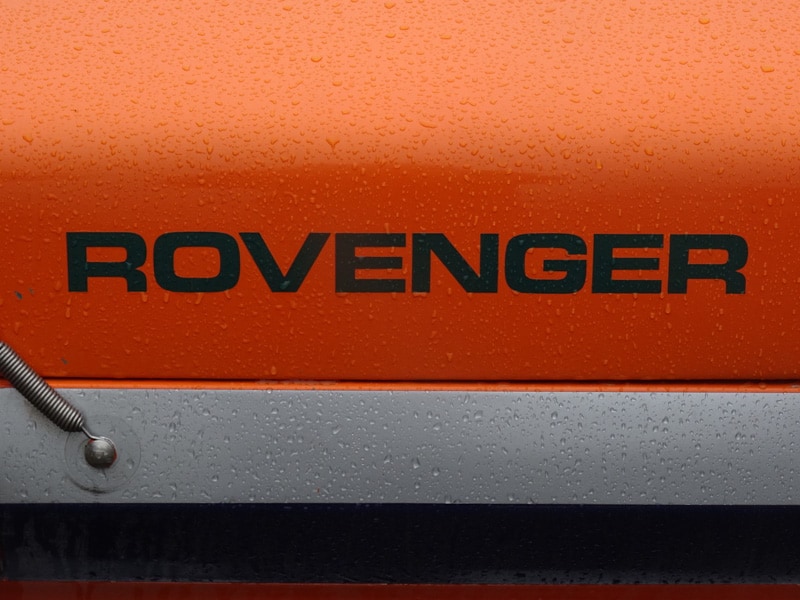 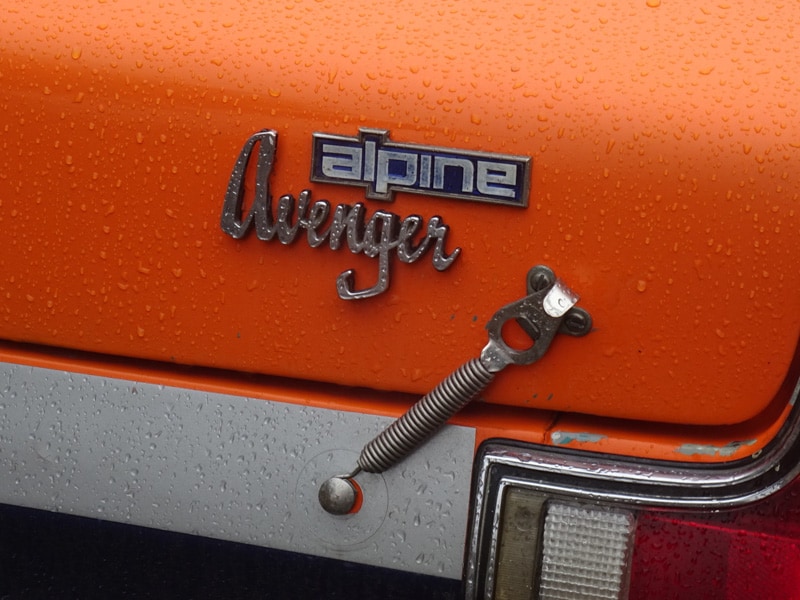 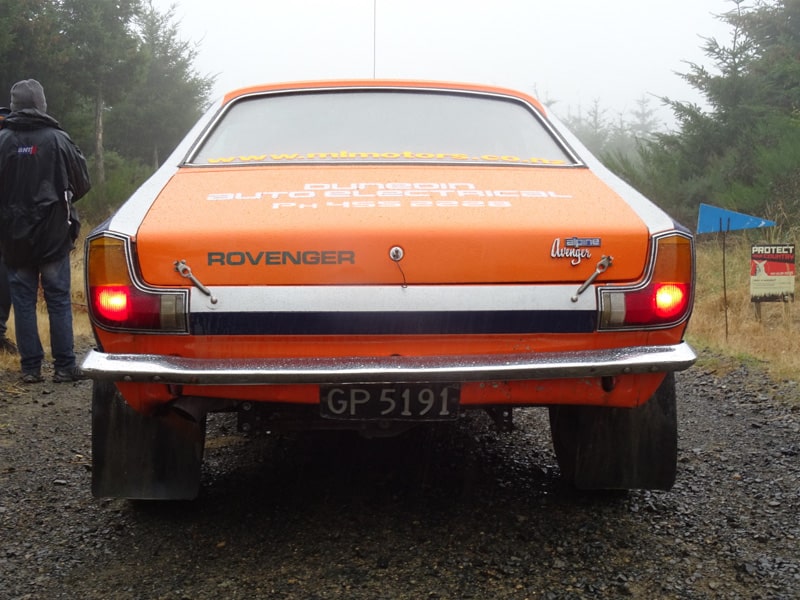