With an incredible 50 World Rally Championship victories to its credit, the Lancia Delta is arguably the most successful rally car of all time. Starting with the Group B Delta S4 in 1985 (which won five WRC rounds), there were five variations of the Italian supercar, and each was as successful as its predecessor. After the Delta S4 and the demise of Group B, rallying went down the Group A path when, initially, cars looked like showroom models and were largely unspectacular, despite being four-wheel drive and turbocharged. But this didn’t stop Lancia. From 1987 until 1992 the Delta evolved through a number of evolutions, starting with the HF 4WD, which won on 11 occasions. The Integrale was next in 1988 (14 WRC wins), followed by the Integrale 16V in 1989 (13 wins), and then finally the HF Integrale in 1992 (eight wins). Throughout this period Lancia’s drivers were the best of the best. Miki Biasion, Juha Kankkunen and Didier Auriol all won World Drivers’ Championships in the Delta, and drivers of the ilk of Markku Alen, Henri Toivonen, Bruno Saby, Jorge Recalde and Andrea Aghini also took the car to event wins. Of course this success in winning events also meant Lancia were virtually unbeatable in the Manufacturers’ Championship over these years, and the Italian marque took the crown a record six years on the trot – from 1987 to 1992. 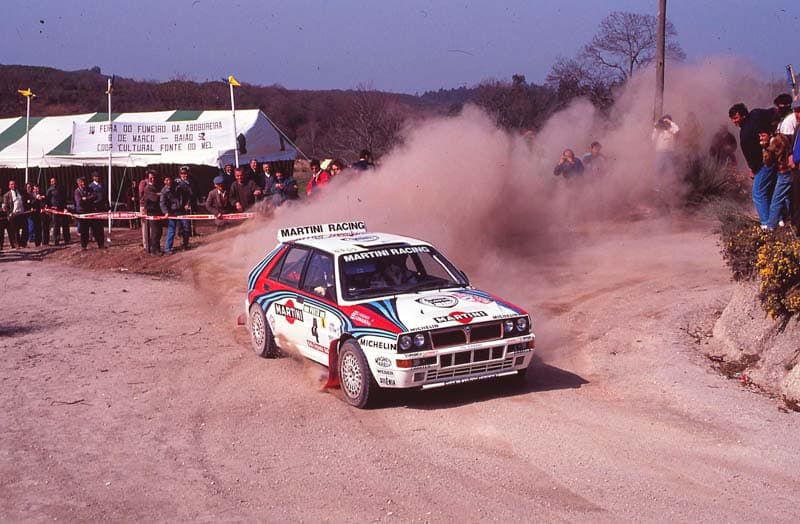 Surprisingly, the final Delta, the HF Integrale was never actually a true works car. Lancia withdrew their official support from rallying at the end of the 1991 season, and for 1992 the team was run by the Jolly Club, with support from Abarth. However, this didn’t stop the new car from winning first time out, with Didier Auriol winning that year’s Monte Carlo Rally. The HF Integrale was one of the most purposeful looking Group A cars at a time that was still five years before the introduction of the World Rally Car. The new model had wheel arches which had been extended by 70mm to 1770mm, and the larger 17” wheels aided brake cooling, particularly on tarmac events. An increase in suspension travel helped the handling of the car, with both the front (1488-1566mm) and rear (1458-1526mm) track being widened. A stiffer body also helped the car perform better. 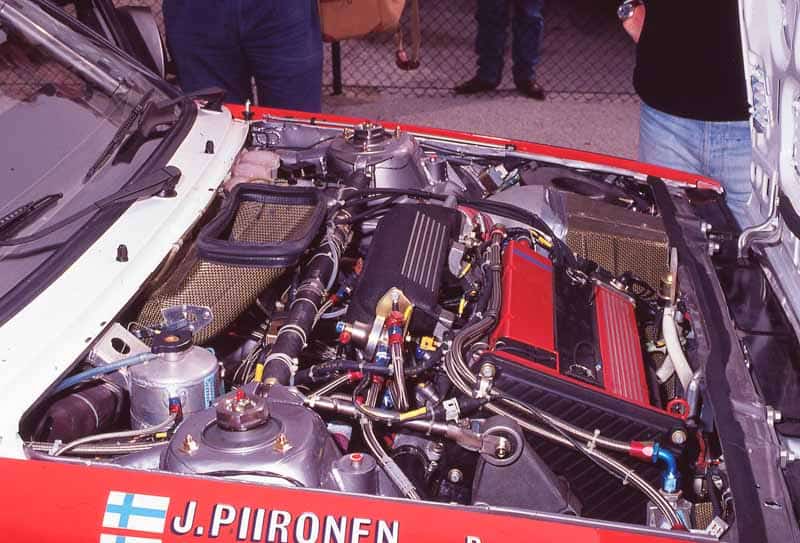 The engine bay of the Delta was neat and purposeful – and effective!

Such was the dominance of the car during 1992 that it won eight rounds of the WRC, with Didier Auriol taking a (then) record six wins for the season. Impressively, it won Rally Australia in 1992 using the heavier 1993 minimum weight of 1200kg. Often referred to as the “Super Delta” or the “Deltona”, the car continued on into 1993, but by this stage Abarth had withdrawn their support as well, and Carlos Sainz was left to rue the worst decision of his career. Although the Spaniard won plenty of stages during the year, he failed to win an event and the Lancia Delta was retired from the sport with little fanfare. It was all a shame really. The car hadn’t changed a lot in appearance from when it had first appeared as a Group B monster in 1985 (when it won first time out), yet it was a car that had evolved with the times and had made the most of every set of rules that the FIA had produced. 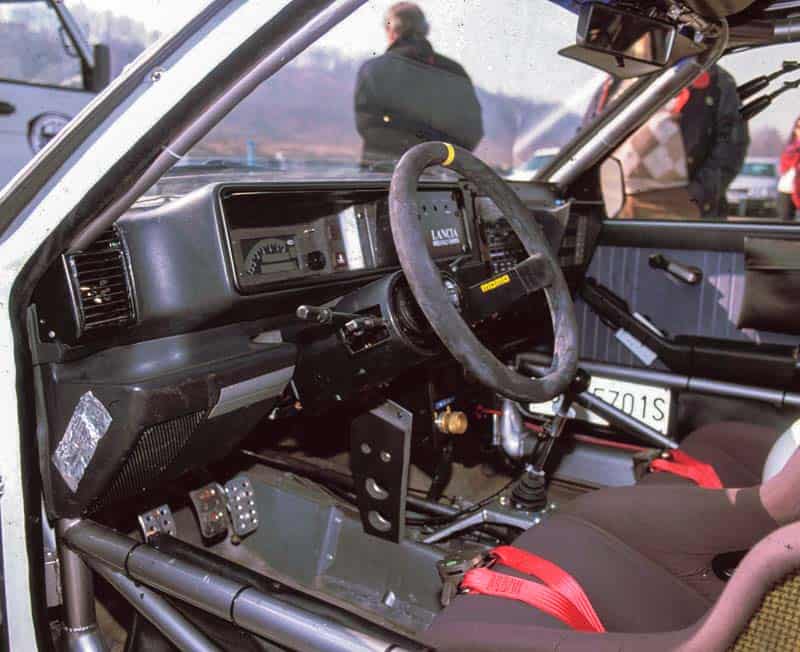 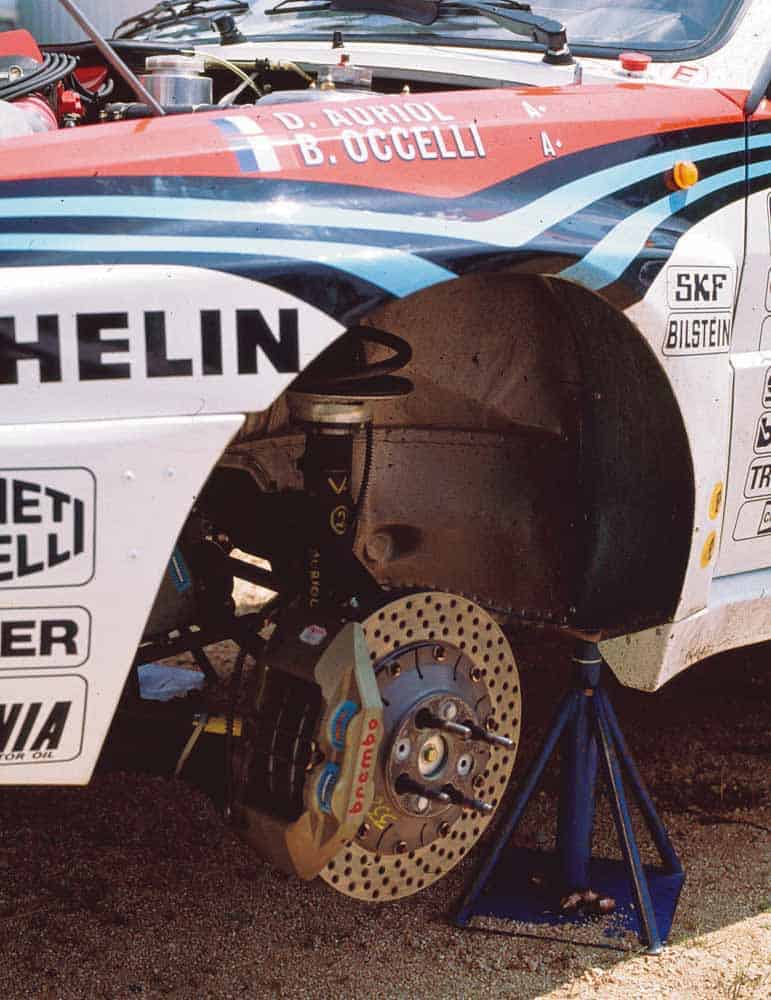 Tarmac suspension and brake set up on the Delta in Corsica 1992. Photo: Martin Holmes 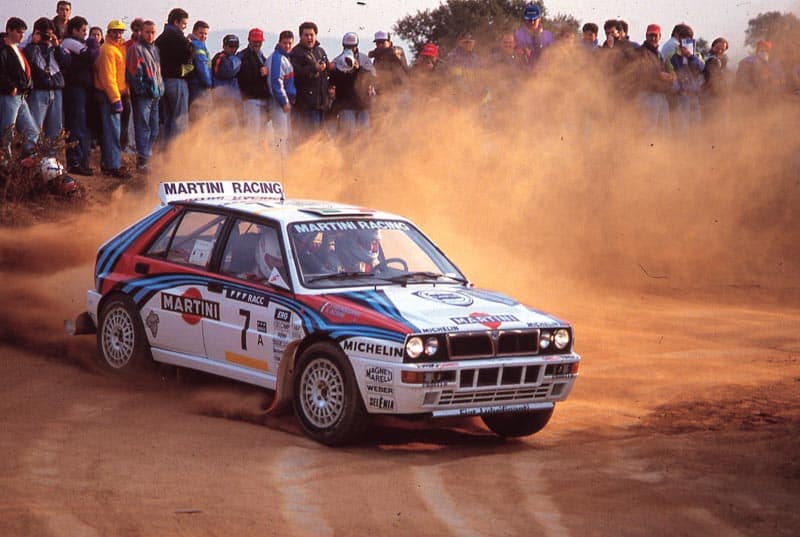 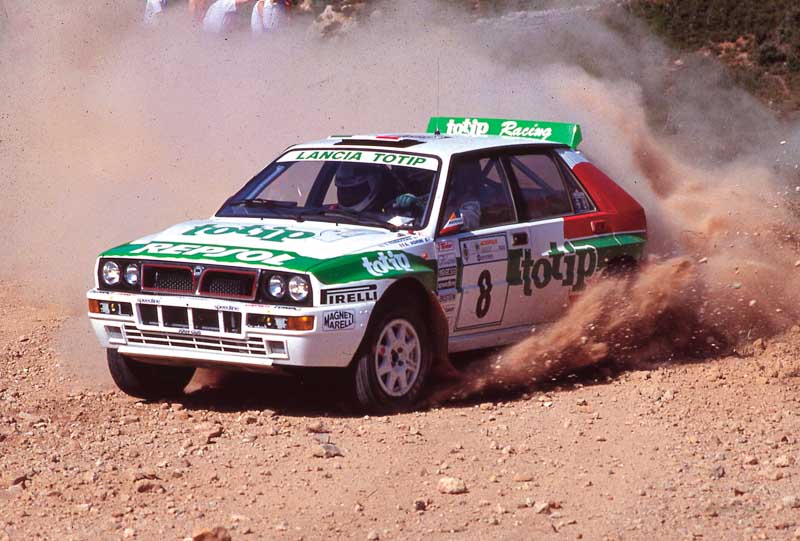 AUSSIE DELTA Greg Carr won the 1989 Australian Rally Championship in an ex-works Lancia HF 4WD. Totally dominating the season, Carr won the first five events of the year, then finished second to Ross Dunkerton’s Galant VR4 in the final event in Canberra. It was Carr’s third Australian title, and his second in an Italian car – in 1987 he took the title in an Alfa Romeo GTV6. 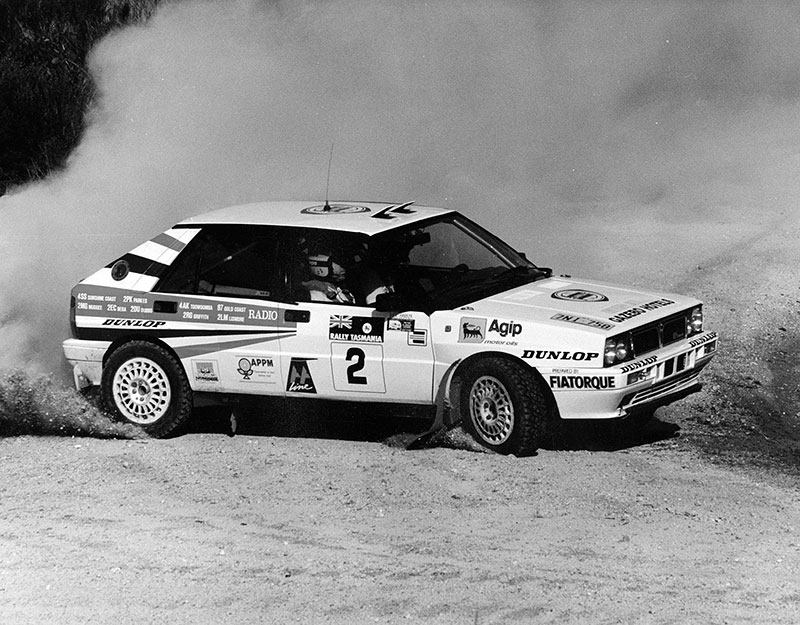