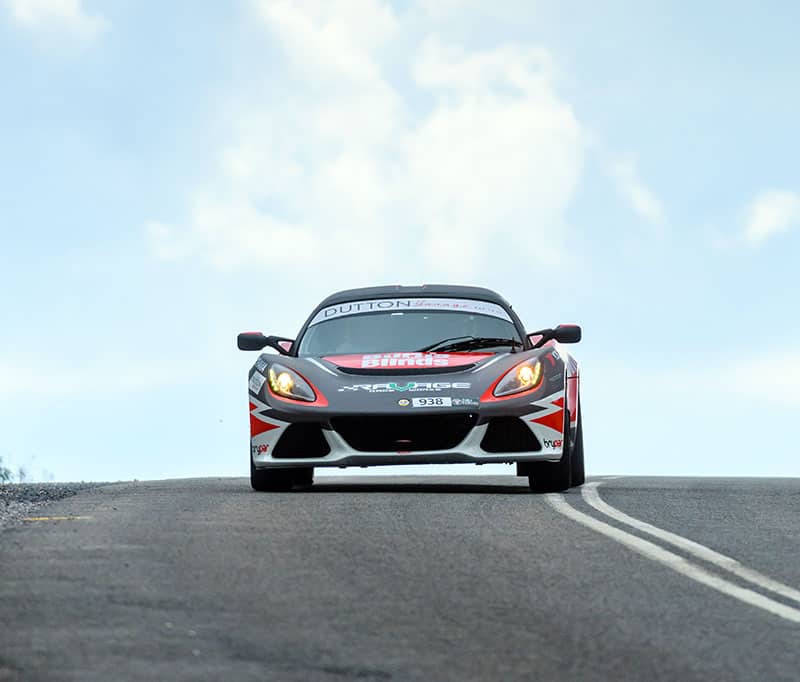 Steve Glenney has seen his chief rival Jason White plunge out of contention on a day of fluctuating fortunes at Targa Tasmania.

Glenney and co-driver Dennis Sims have assumed a 24 second lead in their 2018 Lotus Exige 350 ahead of Porsche GT3 RS pair of Matt Close and Cameron Reeves.

“I’m still learning the car. There’s still a few adjustments for me to make, but we’re in the hunt, so it’s good,” Glenney said.

White and his co-driver uncle John White received a 10 minute penalty after their late arrival into the lunch stop following a sensor wire melted under the bonnet of their V10-powered Dodge Viper.

The Whites have seen their chance of a third straight Targa Tasmania win and a record-equalling eighth outright victory evaporate after their troubles started on TS 5.

They now sit in 87th place outright and face an almost insurmountable task of making up for their electrical gremlins.

“It (the problem) was some melted wire on a crank angle sensor, so it lost its signal and stopped,” Jason White said.

“It’s fixed now, but we’ve lost a heap of time. If we take 10 minutes away from our time last year, it would put us about seventh so it’s more about the championship now for us.”

The Viper’s ill-fortune has given fresh hope to a brace of outright and GT2 competitors in less powerful but reliable machinery.

Hobart surgeon Michael Pritchard and his co-driver Gary Mourant (Porsche GT3 RS) are enjoying a solid start in third a further 30 seconds back.

While the top three outright positions mirror those of the Dutton Garage GT2 class, there remains a host of entries snapping at the heels of the podium.

The picture in GT4 sees Angus Kennard and Ian Wheeler head the class by 30 seconds in their Nissan GTR while in Classic Graham Copeland and Josh Herbert are setting the pace in the 1941 GMC Jimmy Special 54 seconds. 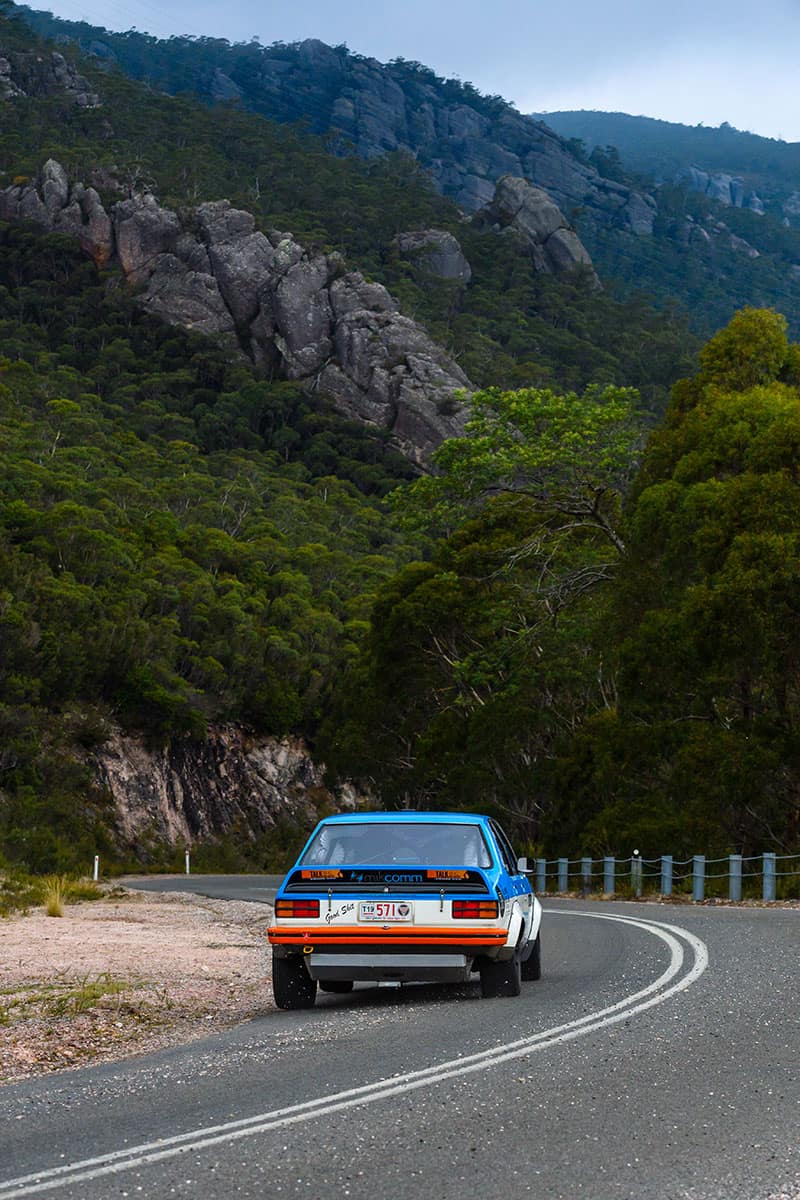 There has been a predictable pitched battle in Shannons Classic GT with Michael Bray and Daniel Bray reclaiming the lead on the final stage of Day 2 in their 1975 Holden Torana. Michael Downey and Nicholas Browne remain just five seconds away in second in their 1979 Holden Commodore VB while Jon and Gina Siddins (1970 Datsun 240Z) remain well in contention 33 seconds off the lead in third place.

Graham Copeland and Josh Herbert have enjoyed a successful day in the open-wheel 1941 GMC Jimmy Special to lead Shannons Classic Handicap by 54 seconds.

“We’re going as quick as we can and we’ve only got a small lead,” Copeland said.

The 2001 Porsche 996 Turbo of Peter Nunn and Keith Johnstone have squeezed out a decent lead of over a minute in the Dutton Garage Early Modern however they have developed a niggling issue in their Zuffenhausen machine.

“We’ve got a minor problem with a shock absorber which keeps losing pressure, but it’s not a major issue,” Nunn said.

Thoroughbred Trophy ranks sees Jack Waldron and Vin Gregory at the front in their Mitsubishi Sigma while Darryl and Peter Marshall (2002 Ford Pursuit Ute) limited their points penalties to lead on nine points in the Budget TSD Trophy.

Day 3 action includes six special stages starting with the 14km Sideling run as the rally moves to St Helens for the lunch stop before the run back to the Silverdome with the Elephant Pass and Rossarden stages.