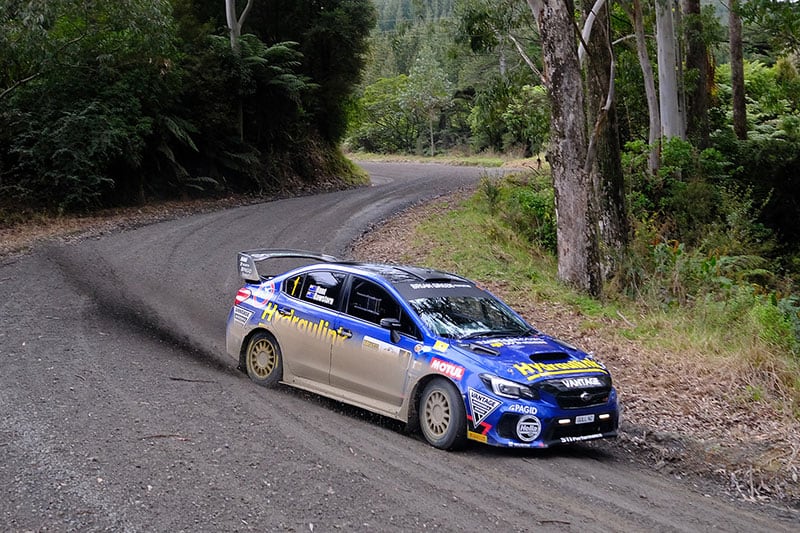 The Subaru driver made it five wins from five starts in 2019 with another commanding performance alongside co-driver Tony Rawstorn – the pair claiming victory by 2.5 seconds. They nearly ran out of fuel on the short super special stage but they managed to sneak it home on fumes.

Pukekohe’s Dylan Turner was second in his Audi AP4 with co-driver Malcolm Read while Josh Marston and Andrew Graves were third in their Holden Barina AP4. Turner was awarded the Dunlop Drive of the Rally for his efforts.

“It was probably pretty lucky – it ran out of fuel on the first lap around [the final stage] so kinda coasted along but awesome to win here and win another championship,” Hunt said. 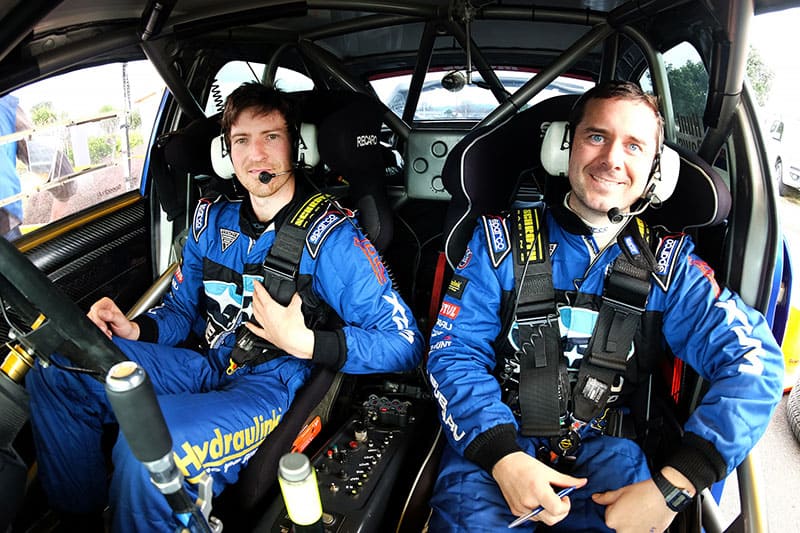 “It’s five from five so we might have to pull Waitomo out of the bag.

“It is a huge credit to the Ben Hunt Motorsport team and Speedhub Motorsport all my sponsors and everyone that helped us out.

“Everyone puts in a lot of time and effort and we don’t do enough of the other things we love doing but when you get results like this it makes it all worth it.”

Kingsley and Waverley Jones were fourth in their Skoda Fabia R5 after they jumped Dylan Thomson and Amy Hudson on the final super special stage. The youngsters still maintain a terrific third in the overall standings in their first season competing in the top class.

The highly-cambered Coromandel roads caught out a number of contenders including Stephen Barker and Raana Horan – the latter collecting the HELLA Moment prize for going off the road but somehow avoiding a massive drop into trees below the road.

Anthony Jones and Tanya Gwynne were first overall in 2WD in their Ford Escort to take full effect of championship leader Marcus van Klink’s absence. It sets up a thrilling final round showdown between the pair at Rally Waitomo in October.

Matt Adams and Lisa Hudson claimed victory in the Gull Rally Challenge in their Mitsubishi to give their title aspirations a massive boost.

Fellow contenders Ben Thomasen and Brynley Smith finished second and fourth respectively. Matt Jensen took an impressive third in his first start in a number of months and he was given the Gull Fuel prize.

Mike Sheehan and Glenn Goldring took advantage of Robbie and Amy Stokes’ misfortune to win the FIA Group N 2WD battle. The Stokes siblings were victims of a blown engine on the day’s opening stage.

Adams led home Thomasen and Jensen in the Gull Rally Championship 4WD category as well as overall in the one-day championship.

Ethan O’Hagan and Andrew Watkins took out the Gull Rally Challenge 2WD class from Daniel Alexander and Katrina Renshaw with Daph O’Rourke and Brianna Little third. It sets up a thrilling final round battle between Alexander, O’Rourke and Andy Gillies and Nathan Pilcher, who missed Coromandel.

The final round of the 2019 championship will be the Hamilton Car Club-run Rally Waitomo in mid-October.

Interview: Nathan Quinn on the ARC, NZRC, R5, and defending his title