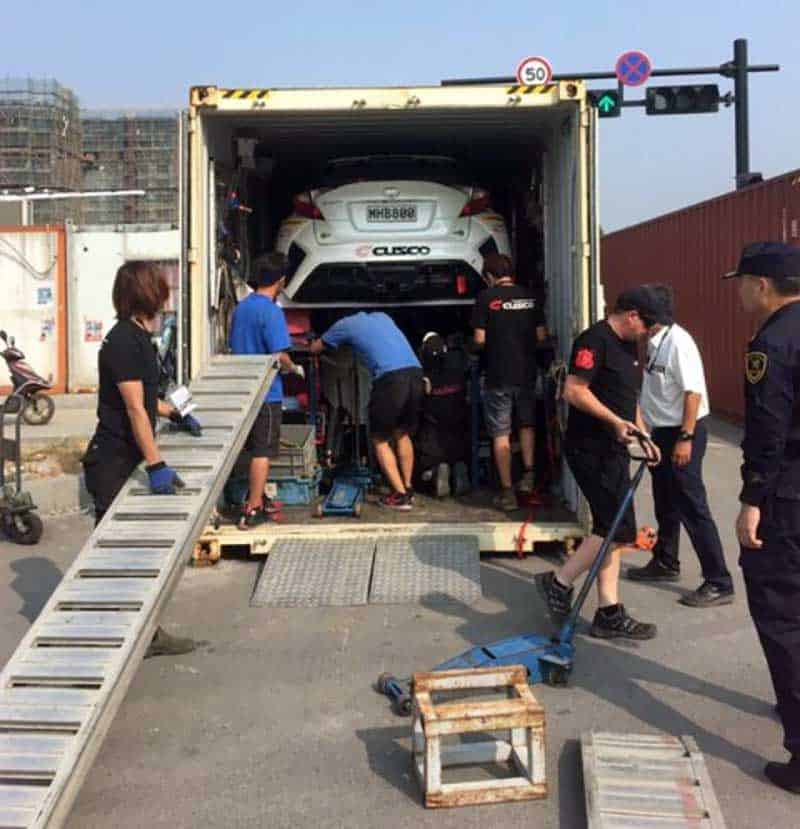 The rally cars heading for the APRC finale in China had a difficult trip, and some almost never made it to the start.

This is how it nearly ended in catastrophe.

When the FIA announced the revolutionary format of their regional Asia Pacific Rally Championship for 2019, in which the Asia and the Pacific series events were used as qualifying rounds for a once-only final championship round, there were immediate worries.

Most notably was because the final was to be run deep in China.
Only competitors who qualified and then went to China could become champion. In the end seven crews were eligible and six needed container transport to bring the cars to the rally.

Container three was originally due to depart Hokkaido on October 2, a 7 day sailing direct to Ningbo.

This was well within the time frame required, but typhoons that had caused chaos in Japan in the two weeks leading up to Rally Hokkaido disrupted ocean traffic and caused a delay for the departure by a few days. Still time was available. 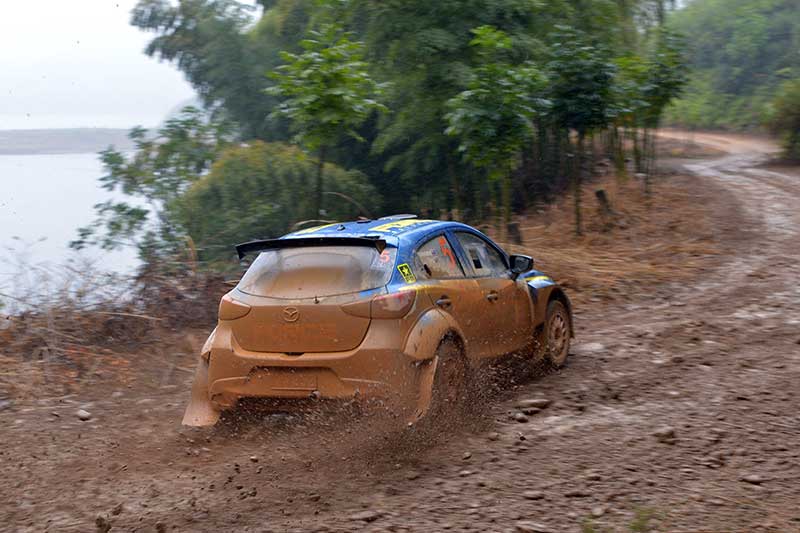 Andrew Hawkeswood finished second in the APRC finale in China.

Then the super typhoon, Hagibis, which ravaged Japan, arrived, causing disruptions and cancellations. The vessel finally departed on October 15.

Due to Hagibis and prior typhoons, all ports in Japan, Korea and China were severely congested with extended delays. The vessel with the cars was moored off the port of Shanghai for two days waiting for a berthing slot in Ningbo, with an increasing risk the vessel could miss Ningbo port and carry on to its next port of call, Shanghai.

Late Tuesday night before the rally, a call came to say the vessel was scheduled to berth at 5.30 Wednesday morning (October 23), three days before the start.. The Container was to be unloaded from the vessel, clear the port authority systems and be transported to Longyou. Normally this can take up to 5-7 days in China.

Meanwhile, the Cusco team were contemplating returning all their staff (approximately 20 people) back to Japan as it looked completely hopeless.

Even with two cars available to run, all the service and support equipment including spare parts, tyres, wheels, tents etc were in the delayed container from Hokkaido.

By whatever means, the container arrived at the Service Park in Longyou 12 hours later! The local agents and rally organisers referred to it as the “miracle of Longyou” as they had never heard of a container made available, 300km from the port, 12 hours after the vessel had berthed!

Then came the rally. Winner was the Taiwanese driver Lin Dewei in a Subaru XV, which was based in China, in front of Andrew Hawkeswood and the Japanese Suguru Kawana (Citroen DS3 R3T).

Alternative locations for a single finale event are being sought for 2020.

* Information and image from Murray Brown.