It’s nearly two years since Neal Bates Motorsport debuted the first of their Toyota Yaris AP4 cars, built in their Canberra workshop. In the months following, the team have endured a series of highs, and several lows, as Harry Bates, and then younger brother Lewis, came to grips with the car, and the team overcame a number of mechanical setbacks. The team’s Technical Director, Darryl Bush, told RallySport Magazine that it hasn’t all been smooth sailing. “Look, I'd have to say that I'm probably a little disappointed over the last 12 months,” Bush said. “I thought we would've had the car up to speed a little bit quicker than that. But you know, there's a few curve balls in there, but now we're actually incredibly happy. So yeah, it's going quite nicely.” Technically, what have the major challenges been for the team? “We had decided to go with an all alloy engine and it's an engine that we've not really done that much with, and it gave us a bit of grief over the life of the car. “But we've sort of slowly overcome that, and we're getting some reliability out of it now. “And, of course, this year has just been fantastic. So we're as happy as Larry at the minute.” 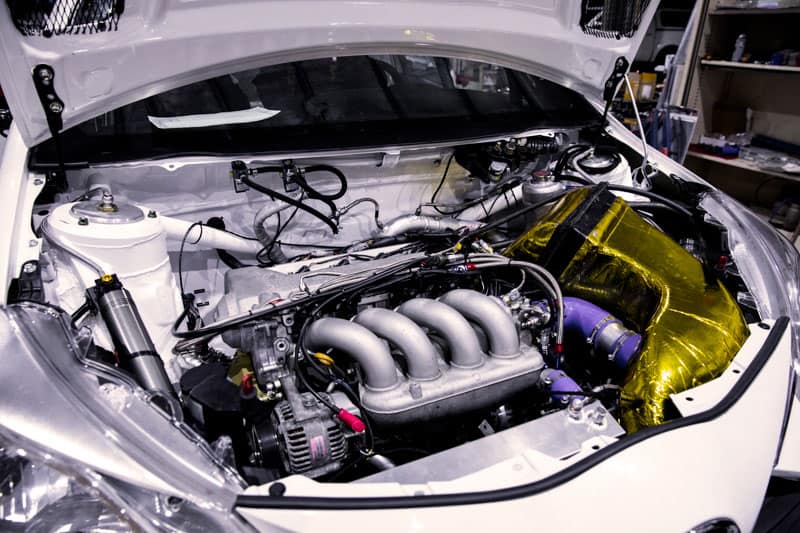 There was talk that the engines had been sent to Europe over the off-season to be built, and to find more reliability, but that’s not the case. “We’re still building the engines here in Australia. Our old engine guy, who used to work for us, Geoff Foreshaw, is still building our engines.” The Bates team have been at the forefront of unique Australian rally cars before. Back in the early 2000s they built and developed the Corolla Group N (P) car, and later a Corolla Super 2000. 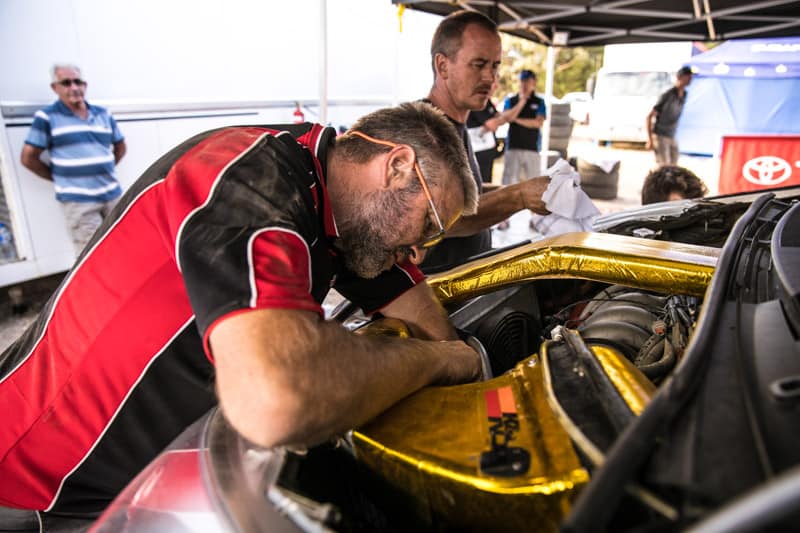 Bush says that lessons learnt along the way, and similarities in the projects, have helped with the AP4 car as well. “Oh look, it's all a learning curve to be honest. “The Group N (P) car basically gave us the ability to build anything, given that the Group N (P)  regulations allowed us to to graft a donor car into another body shell. “So that was sort of the lead in to it. Then our first car that we really built from that platform was the S2000 car, so from there on it's just been easy street for us.” So how much more development does Bush you think is left in the Yaris, and in which areas in particular? “Look, I don't think there's much left, but we're still tidying things up. “We still would like a little bit more out of the shock absorber and a little bit more traction and all that sort of stuff. We’re just looking at all that all the time. “But there's no silver bullet these days. Not at all. It's just little bits and pieces. You're forever changing little bits and pieces here and there, just to make it a little bit more comfortable for our drivers. But that's pretty much it.” 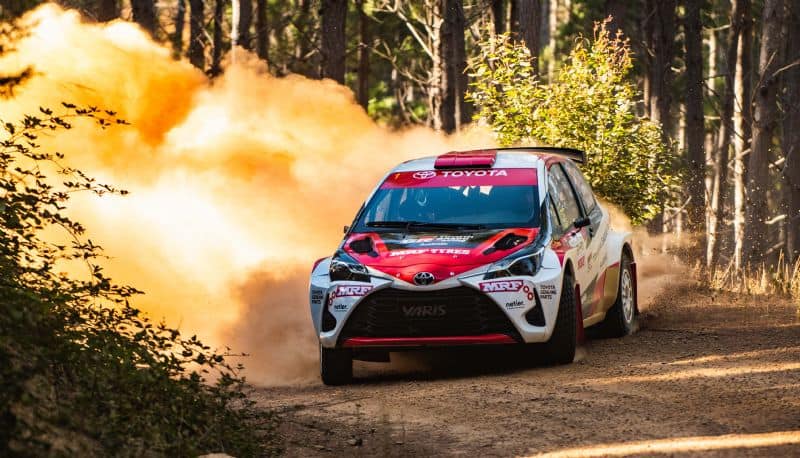 Harry Bates has taken two victories on the trot in the 2019 ARC this year.

Less than two years in, you would expect that there was more performance still to come from the Yaris engine, but Bush says that’s not the case. “No, that's pretty much it. I mean, of course we could probably run it a little bit closer to the edge, but is there any real point? That's not what we want. “We don't want to introduce something where it's going to fail and let us down. So, no, I think we're pretty happy with where we are with the engine.” Heading toward the rest of this season, and with Rally Australia coming up in November, against some new model Fiestas and Skodas is the goal now to try and be competitive with those cars? “Oh, absolutely,” Bush admits. “Look, it’s the whole reason why we actually like AP4, because it gives us a cheaper alternative to an R5 car. R5 cars are fabulous, and manufacturers have spent so much money in the development of their cars and that was what we are targeting, absolutely. “So, you know, we're really looking forward to the R5 challenges. There’s no two ways about it.” Toyota and Tommi Makinen are now in the process building an R5 Yaris for international use. How does that affect the plans that Toyota Australia and Neal Bates Motorsport have had moving forward? “Look, you know, it hasn't really sunk in with us at all. “I don't know how far away that car is. I'm really not sure, but you know, for us, we've just got to focus on what we've got currently, so that's what we're doing.” 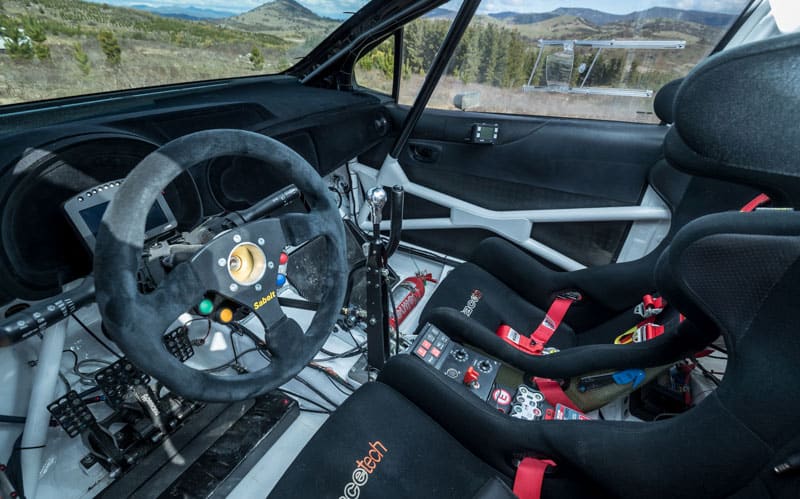 The Bates team have learnt from their experiences building Group N (P) and S2000 Corollas.

And as far as the Yaris AP4 goes, obviously the plan was probably initially to sell cars in the Asia region as far as Asia Pacific championship goes. Is that going to be a concern now that an R5 car might become available? “It's a possibility. Not that we've had a lot of people ringing up and saying they want one, not at all. “We've created a little bit of interest for sure, but nobody's actually come forward and wanting to buy a car. And that's fine for us, because really we are at maximum capacity in the workshop. “It’s not just the rally team either. It's the 86 Racing series that we build cars for, so we are just flat out. So, to try and introduce a build for somebody else would not be so easy.” 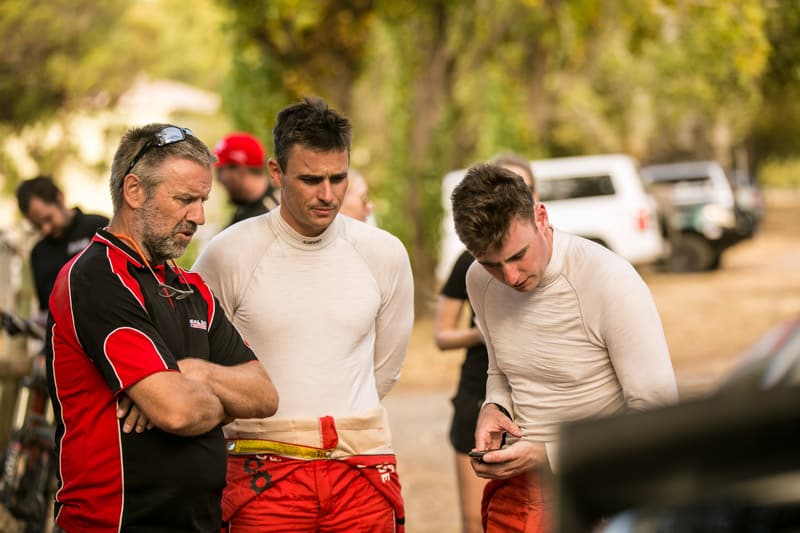 Over a couple of decades with the team, Bush has seen a lot of water go under the bridge, and a lot of fast drivers along the way. The current crop of stars, Harry and Lewis Bates, both have aspirations of championship titles in Australia and overseas. How far does Bush think they can go? “That's an interesting question,” he says. “Look, you know, talking about it right now, I just think Harry's got the ability, there's no two ways about it, but he’s two years down the track further than what Lewis is. “Lewis had a fantastic drive in Perth (taking second place), it was just brilliant, and then he made a small mistake in Canberra. “But you know, Harry is a thorough professional and fabulous to work with. Fabulous.” 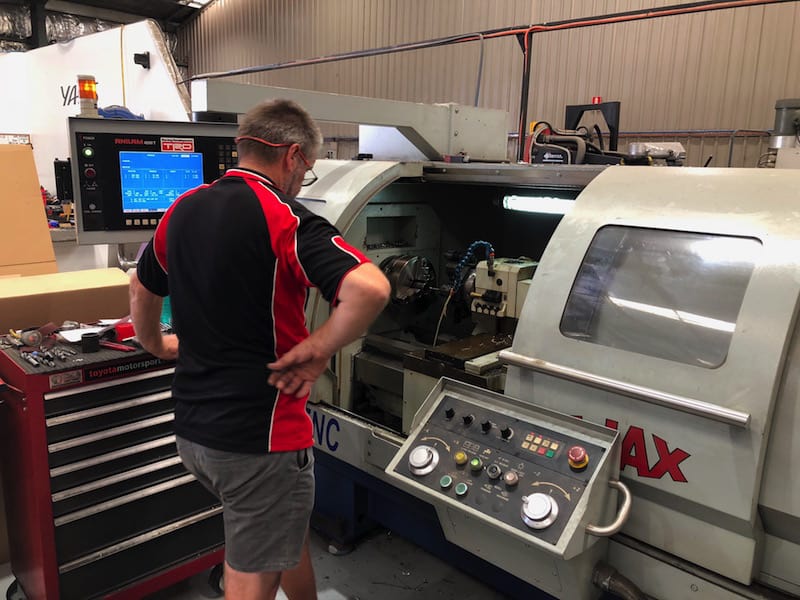 Do you see many similarities between the two boys and Neal as far as their testing abilities, their driving abilities, that sort of thing? “Yeah. I would say that Lewis is in his infancy, whereas Harry's right on it now. He can pick if there's something not quite right, we can have a quick chat to him when we go testing and he's got his finger on the pulse. “So, he's actually very, very good. There's no two ways about it, he's like a sponge and just soaks up everything. “It’s always a bit of a bit of a concern when they (young drivers) first kick off and what not, but Harry's been at it now for two, three, four, five years or whatever, and he's a fast learner. “And Lewis is on exactly the same trajectory,” Bush says. With Harry a clear leader of the ARC after two rounds, and Lewis nipping at his heels, it seems a fait accompli that the Bates name will have a lot more than four Australian Rally Championship titles to its name before much longer. Toyota’s continued commitment to the sport in Australia, and emerging talent like Luke Anear, Richie Dalton, Marcus Walkem in European spec R5 cars, the national championship looks headed for an exciting future. 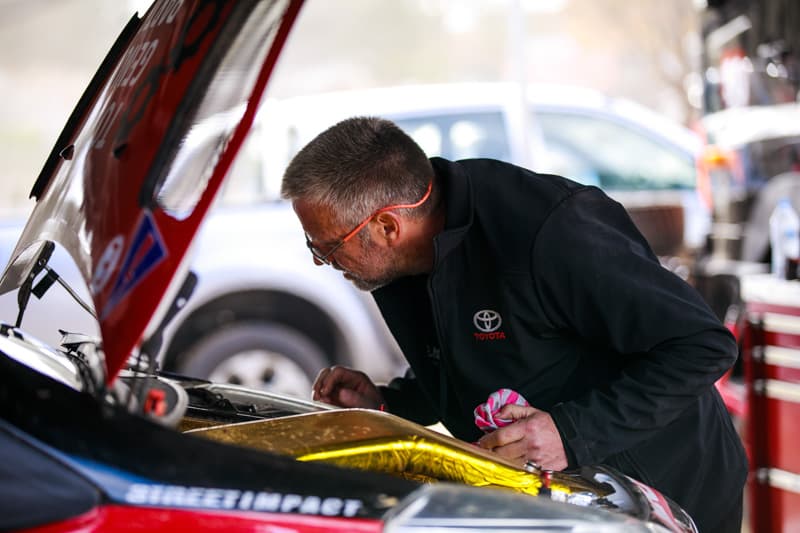 Darryl Bush has been a stalwart at Neal Bates Motorsport. Photo: Jack Martin

Jansen all set for home rally in Nelson

Unique tribute to Burns and McRae

Mikkelsen starts 2012 with victory for Skoda