Held in S.A.’s mid-north, it was the opening round of the MRF Tyres S.A. Rally Championship.

The “blind” rally, with no pace-noting, attracted 48 entries, with 21 in Classic plus some of those also running in SARC, the best field in the state championship for a few years.

Service park and accommodation centred around the Paxton Square heritage area of the old copper mining town of Burra.

Mt Bryan and Turbine Row were then repeated, followed by the tight 2.25 km Johnny Green through the Bon Accord Mine heritage site in Burra. 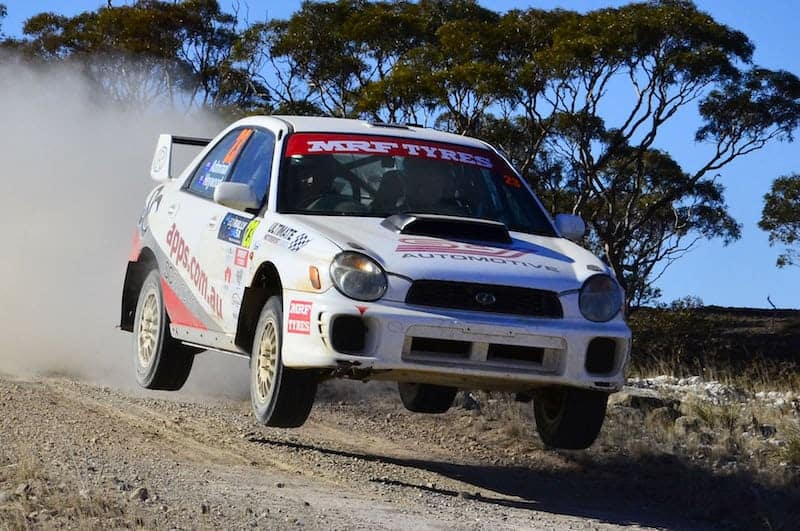 Admiraal gets air in Burra Gorge, one of the few stages he didn’t win. Photo: John Lemm

These six stages comprised Leg 1 of the SARC whilst the Classics also did two runs of the 69 km Mt Dare, a shortened version of last year’s “Long Stage”, at night.

First car on the road, Nic Box and Todd Payne’s Nissan Silvia retired on the opening stage when it lost an oil line, damaging the engine.

Darryn Snooks and Michael Foreshew, in last year’s winning Datsun Stanza, broke an arm on the diff housing but continued on for a few stages before repairs could be carried out, then setting second fastest time to Keough AGL Turbine Row 2.

Sitting in fourth spot, Brett Middleton and Andrew Benfield’s Honda Civic was also out with a failed alternator on the following stage.

Meanwhile, Stuart Bowes and Mark Nelson’s Mercedes Benz 450 SLC had been running consistently second to the Audi, which was fastest on each stage, finishing the day over five minutes in arrears, with the Mitsubishi Evo of Scott Schubert and David Gough a similar distance back, just ahead of Barry Lowe and Helen Pearl-Lowe’s powerful Commodore.

In SARC, Admiraal led the first stage, with Peter Schey and Kate Catford’s Subaru WRX STi  fastest in the first wind farm, Admiraal then receiving a 90 second penalty for being late out of service,  dropping him to seventh. 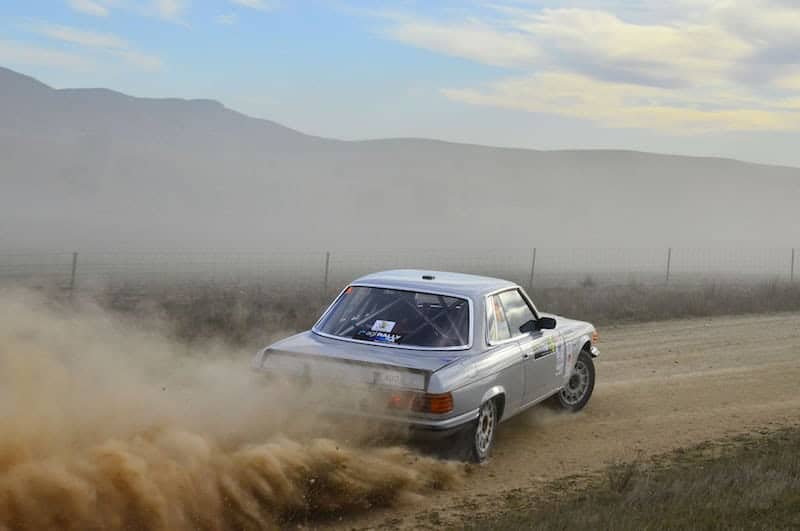 Stuart Bowes’ Mercedes was the closest to Keough, only to be excluded on the final stage. Photo: John Lemm

His fightback had him back in the lead three stages later, fastest in all of the day’s remaining stages, putting him 11 up on Schey, in turn 41 ahead of Matt Selley and Hamish McKendrick’s Escort with Bowes, also running in SARC, next.

The Subaru WRX of reigning SA Champion Aaron Bowering was out on the first stage with a holed radiator, with Craig Haysman’s Triumph TR7 V8 out on SS3 with engine problems whilst third-placed David McDonough’s Mitsubishi Evo retired on SS4 with a broken front diff.

Shane Alker and Karien Heimsohn’s seventh-placed WRX STi lost 12 minutes in a watersplash on SS4, dropping them way down the field.

Box and Snooks were back for Sunday’s stages, the former fastest Classic on Burra Gorge and AGL Wind Farm 2, with Keough best on South to North, Johnny Green 2 and the two runs of Mallett, run back-to-back, which was a reversal of the previous day’s Mt Dare.

Unfortunately, the tailshaft in Snooks’ Datsun’s had apparently also been damaged the day before, causing the car to progressively jump out of third and fourth gears on Sunday, causing their retirement.

Middleton was also out again, tearing out a control arm on South to North.

Lying in second, 14 minutes behind Keough, Bowes had the Merc’s clutch fail on the final Mallett 2, being towed out, which saw him excluded.\ 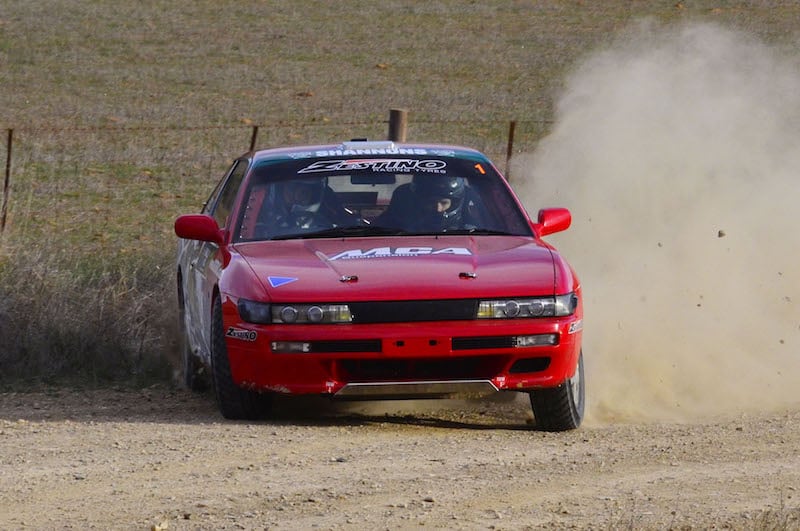 Box took two fastest times away from Keough, the only one to beat the Audi. Photo: John Lemm

In SARC, Jamie Pohlner and Ken Moore’s WRX was fastest on Burra Gorge, whilst Selley had the Escort’s clutch fail on the final corner of the stage. They managed to carry out temporary repairs which saw them limp through the remaining stages.

On the following South to North, the sixth-placed Honda Civic of Marc Butler and Peter Sims rolled, the pair very lucky as a fence post pierced the fuel tank.

Admiraal was fastest on the next two before Peter and Alyson Flood (WRX) were best on Johnny Green 1, with Admiraal suffering a puncture due to a cracked rim.

During the following service a brake rotor was also found to be cracked so one was borrowed from a fellow competitor’s road WRX, which got them back to be fastest on the sole SARC run of Mallett.

In the final results, Admiraal finished 1:14 up on Schey, with Bowes 1:18 in arrears, from Dale Cagney and Mark Dicer’s Mitsubishi Evo III 27 secs back.

This was Admiraal and Heywood’s first win in the SARC, their previous best being a heat win two years ago in Rally SA.

Round 2 of the MRF Tyres S.A. Rally championship is the Auto 1 Port Augusta Rally of the Ranges, based in Quorn on June 30. 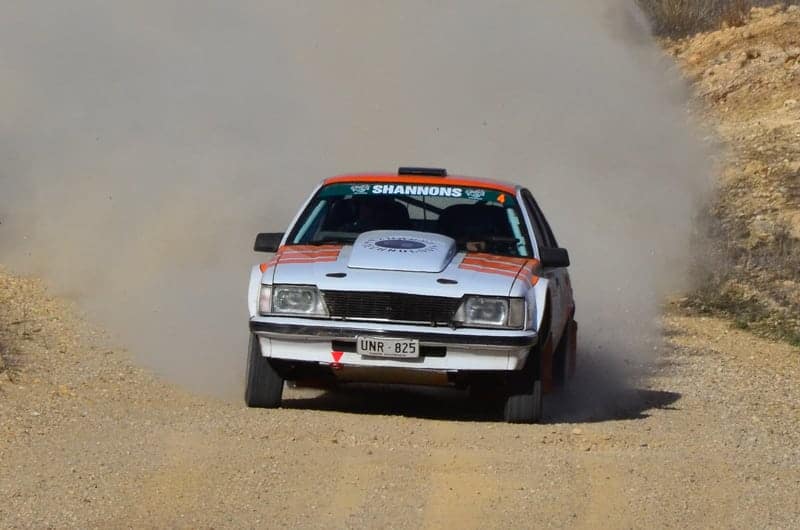 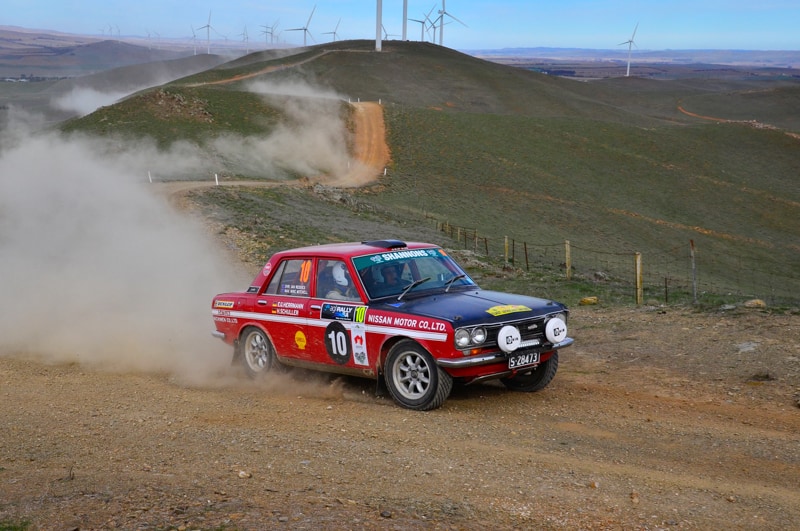 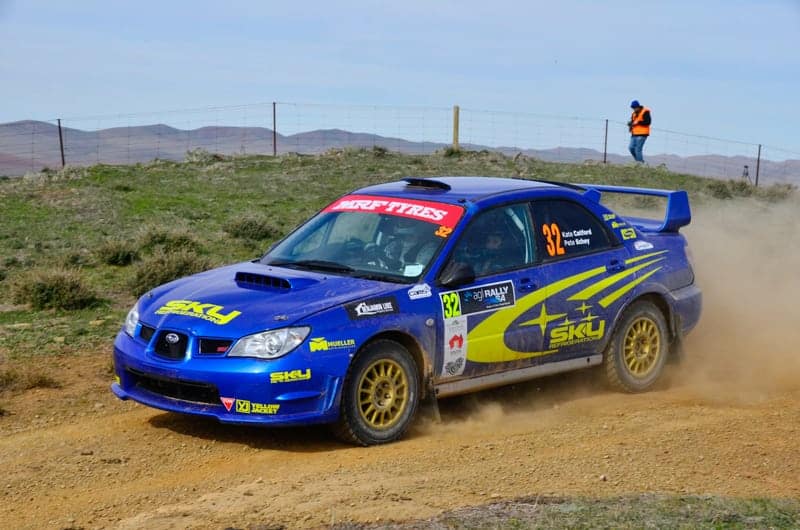 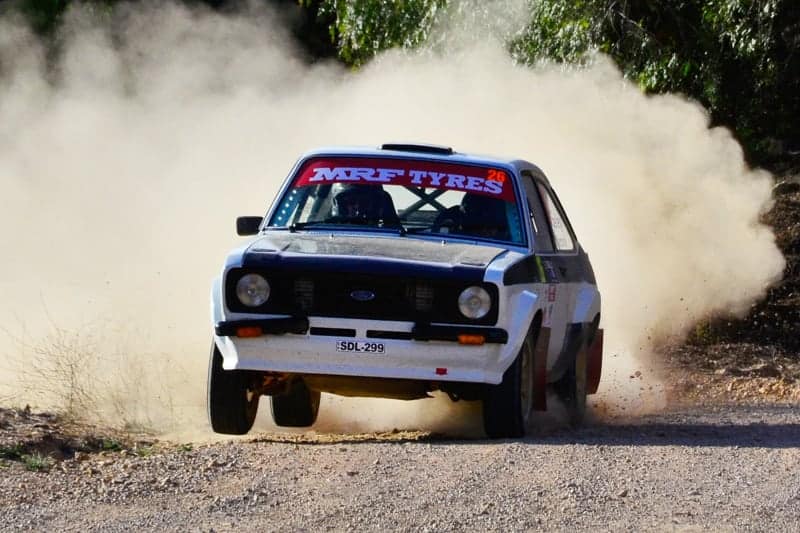 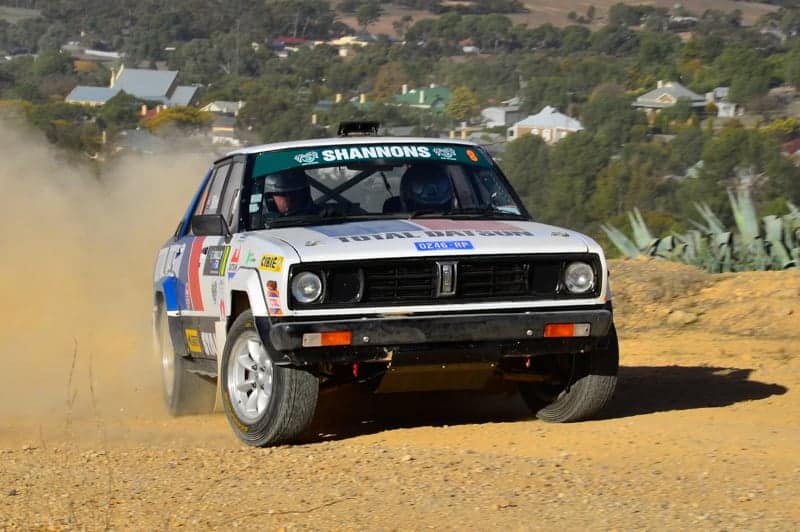 Darryn Snooks slides through a corner on Johnny Green, with the town of Burra down below. Photo: John Lemm

More Rally of the Heartland photos: