Loubet to fight for WRC2 title in Coffs - RallySport Magazine
×

Loubet to fight for WRC2 title in Coffs 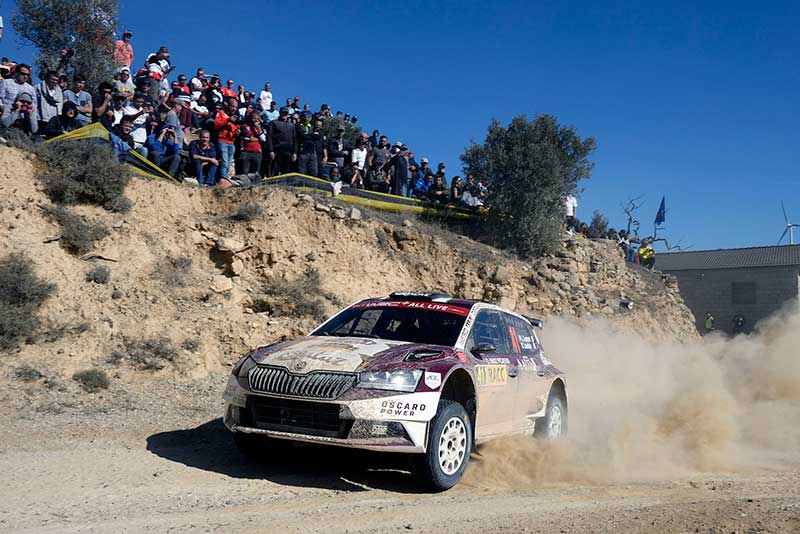 Pierre-Louis Loubet could wrap up the WRC2 title in Australia.

Frenchman Pierre-Louis Loubet will aim to become WRC 2 champion driver at Kennards Hire Rally Australia after a dramatic set-back at the penultimate round in Spain last weekend.

The Skoda driver was virtually guaranteed the title before drama on Sunday morning.

After losing the lead during the first stage on Saturday, Loubet maintained a comfortable gap to remain in second with just four stages left.

He needed just one point at next month’s final round in Australia to claim the title, but the challenge turned out to be not so simple.

His Skoda Fabia R5 left the road on the La Mussara Special Stage and beached on a bank. Loubet lost two minutes and slipped to fourth place.

His run of bad luck continued when a flying Ole Christian Veiby overtook him in the Wolf Power Stage, forcing him back to fifth at the end of the rally.

But with the Pole absent from the Coffs Coast, Loubet’s closest rival is effectively Mexico’s Benito Guerra, 16 points adrift and still with a chance of taking the title.