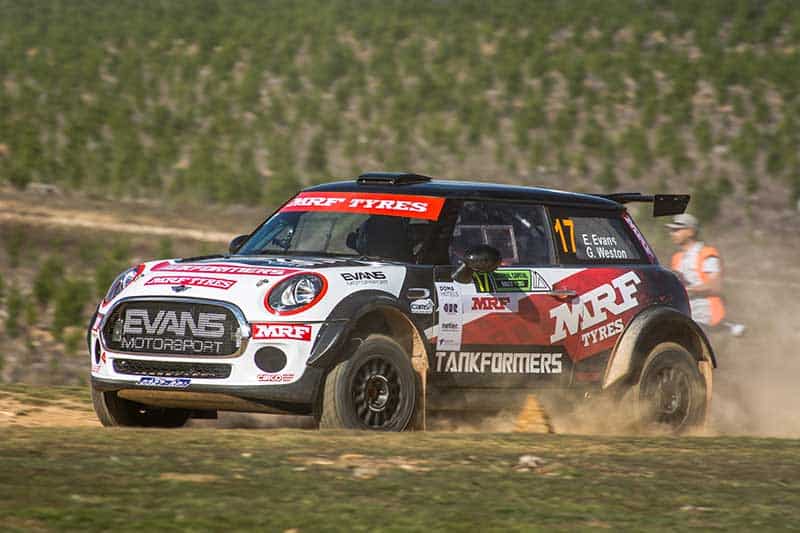 MRF Tyres are gearing up for Kennards Hire Rally Australia and the final round of the CAMS Australian Rally Championship.

Having taken over the control tyre supply for the championship this year, the final round of the series was always going to be the toughest test for the Indian brand.

Vivek Ponnusamy – head of Mentor Tyres, the MRF distributor for this region – is confident that the tyres will stand up to the test, with the 50km Nambucca stage being known for its toughness on tyres.

The limit for Rally Australia is 22 tyres per competitor, but given the durability of the MRF product through the year, the competitors seem to be confident heading into the event.

“If the durability that MRF has shown, which you have heard from competitors as well, it’s been phenomenal. It has reduced from a 16-tyre limit in ARC rounds, already the drivers have gone to 14 tyres and 12 tyres,” Ponnusamy said.

“You won’t believe it, there are six competitors who have ordered just 12 tyres for Rally Australia. Last year, or the previous years, they’ve been struggling to have tyres.” 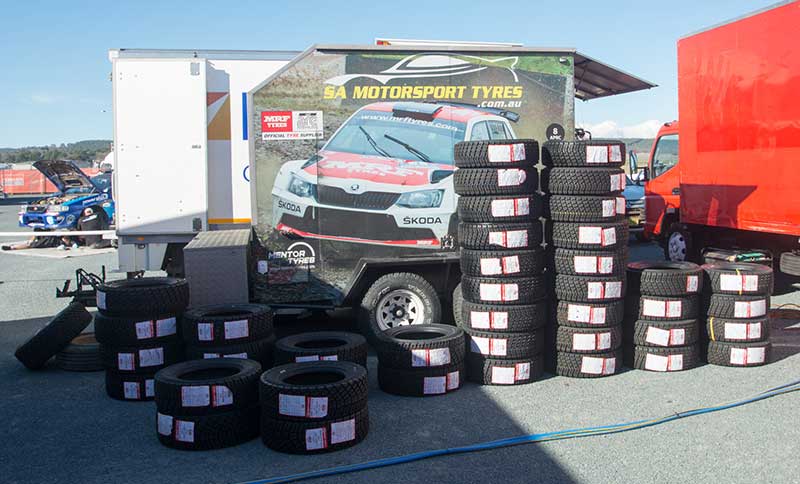 MRF Tyres will have a strong presence at Rally Australia next week. Photo: Sam Tickell

Equally, there is a new hard compound available for this event – the first time this year that it has been available.

Generally, the medium or soft compound have been sufficient, but the stages have been shorter and weather cooler than what could be experienced at Rally Australia.

Most drivers, though, have opted to keep the medium compound, believing that it will be sufficient.

“Most of them, 90% of them, are going for a medium tyre,” Ponnusamy added.

“We introduced hard tyres just for Nambucca and guess what? Everybody said they don’t need hard tyres. They love the mediums. That shows the confidence from the drivers as well, who have used them for the whole year.

“We have the hard for selection, but nobody said they wanted it, except Eli Evans, who’s going to try it this weekend, but that’s about it.”