More heartache for Gilmour in NZRC 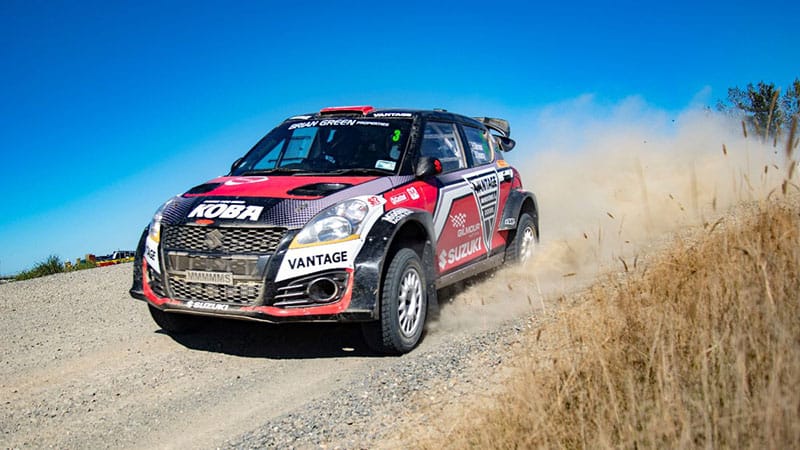 After sitting out the third round of the Brian Green Property Group New Zealand Rally Championship to build and fit a new engine to her recently refurbished Vantage Windows and Doors Suzuki Swift AP4, Emma and Australian co-driver Ben Searcy were seeking redemption at the fourth round.

Unfortunately, in the second 22.3km Parkers Bush stage, their day was over before it properly began.

“We had to retire with a faulty sensor. We were unsure of the cause at the time and didn’t want to risk any further damage to the new engine, so we didn’t re-join for the remaining stages of the event.

“It was very disappointing and hugely frustrating for me and the whole team to have to retire on Saturday as we know how fast the car is,” Emma says.

Emma and the team will now make good use of the two-month break before the penultimate NZRC round in the Coromandel on August 17.

“We will now focus on some local rallysprints and do some much-needed testing and development,” Emma says.