Neuville locked in at Hyundai until 2021

Hyundai Motorsport GmbH and current FIA World Rally Championship leader Thierry Neuville have signed a new three-year contract, which will see the Belgian remain with the team until the end of the 2021 season.

The announcement reaffirms Hyundai Motorsport’s commitment to the WRC and to Neuville, who has scored many memorable victories with the team since 2014.

It also extends the partnership between Neuville and co-driver Nicolas Gilsoul, who have proven to be a formidable force in WRC in recent seasons.

Among the crew’s highlights were Hyundai’s first-ever WRC podium in Rally Mexico 2014 and leading an historic 1-2 victory on home soil in Germany, having spectacularly rolled their car into the vineyards in shakedown. 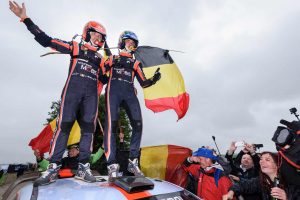 Neuville and Gilsoul celebrate victory atop their Hyundai.

The pair has provided more tense moments over the years including two of the closest winning margins of all time. They triumphed by just 0.7-seconds in Rally Argentina 2017 and by exactly the same gap in Rally Italia Sardegna earlier this season.

Since 2014, Neuville and Gilsoul have scored nine wins, 26 podiums and 129 stage wins, building up a reputation as one of WRC’s most potent partnerships.

Ahead of this weekend’s Rally Turkey, Neuville holds a 23-point advantage in the drivers’ championship, and is ready to help Hyundai Motorsport to its most competitive season to date in WRC with the team also leading the manufacturers’ table by 13 points.

“I am really happy to sign a new three-year contract with Hyundai Motorsport,” Neuville said.

“We have improved a lot in recent seasons, and it has always been my target to build continuity for my career by remaining with this team.” 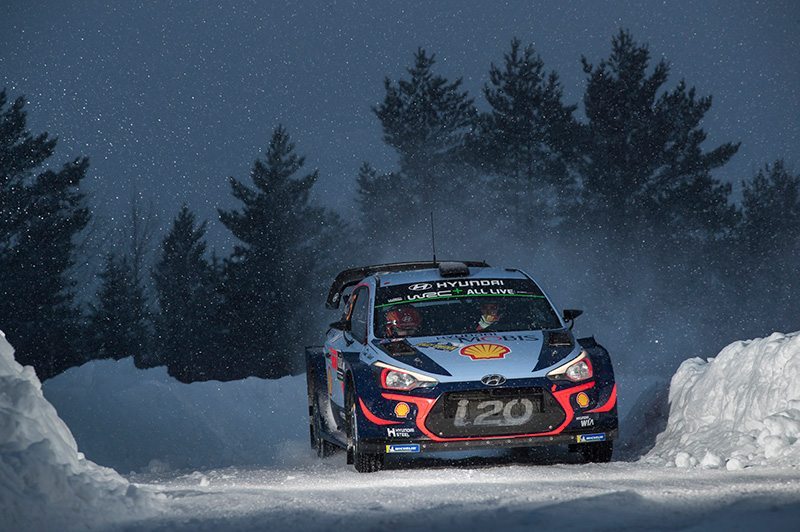 “Since 2014, we have shared many special moments together, as well as working through some more difficult times. Our debut victory together in 2014 remains a highlight, and we have since taken more wins together.”

“There is a fantastic family atmosphere and I get on very well with my team-mates. This is very important to me.”

“Alongside Nicolas, who has played a key role in our successes, our focus is on completing this current season in the strongest way possible, aiming to secure the titles. From there, we will continue to build, hopefully, to an even brighter future with Hyundai Motorsport,” he concluded.