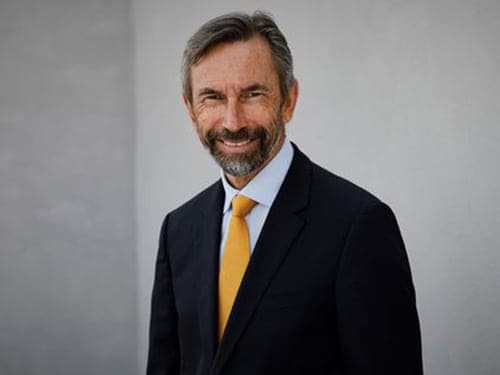 The British Motor Sports Association has announced the appointment of Hugh Chambers as the Chief Executive Officer, to start on November 1, working alongside the founder of Prodrive, the MSA Chairman David Richards.

Chambers comes from a recent position as Chief Commercial Officer – World Sailing, but before that was Prodrive’s Group Managing Director.

He has the benefit of family connections in motorsport. His father was the late Marcus Chambers, called one of the great strategists of postwar British motorsport, well known as the first manager of the competition department at BMC when they ran Healeys and MGs.

In the sixties Marcus was also competition chief of the Rootes Group when they were running Sunbeams, and notably won the 1968 London -Sydney marathon in a Hillman Hunter.

David Richards, chairman of the MSA, commented: “We conducted a very thorough search for a new CEO capable of leading the Motor Sports Association into its next ambitious phase. The standard of candidates was very high, however Hugh stood out as having all the right qualifications given his commercial, sports governing body and motorsport background.”

Hugh Chambers commented: “I am delighted to take up the role of CEO of the MSA. For me, this role combines a lifelong involvement in motorsport, with all of my broader experience, drawn from a career in sport and marketing. I am fortunate to have worked at the very pinnacle of motor racing, as well as participating across the breadth of the sport.

“There is an incredible opportunity to grow participation at grassroots level, bringing the excitement of motorsport to new audiences. I look forward to working alongside all the staff and stakeholders for the long-term benefit of the sport in the UK.”