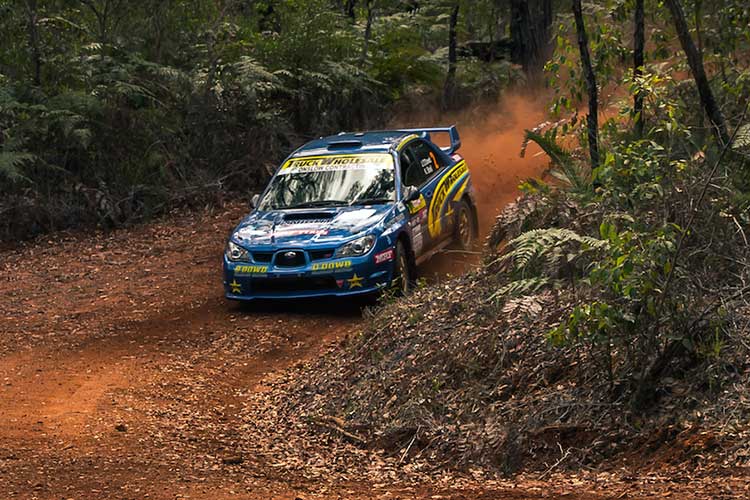 John O’Dowd will be vying for the WA Rally Championship title when he competes in the rough and tough Carringtons Safari Rally around Chidlow next weekend.

O’Dowd and co-driver Ken Sheil are second on the 2017 CAMS Onslow Contracting WA Rally Championship leaderboard ahead of the sixth and final event of the season.

The pair is currently trailing Tom Wilde and Madelin Kirkhouse, who’ve provided strong competition all year, but with 80 points available for a win, there is still plenty to fight for.

“We’ve had some great battles with Tom and Maddie,” O’Dowd said.

“What Ken and I need at the Safari though is a strong finish and a little bit of luck so we can steal the championship.”

While O’Dowd is a stalwart on the WARC scene, it’s the first year he’s competed with Irish import Sheil.

The pair gelled straight away and, together, they’ve claimed four podium finishes from five WARC rounds so far.

O’Dowd and Sheil have also challenged themselves by heading interstate to compete against the best rally teams from around the country.

Just three weeks ago, they finished fourth in round four of the CAMS Australian Rally Championship, Lightforce Rally SA.

“That was my first time competing in South Australia, so I went in quite cautiously,” O’Dowd said.

“But it didn’t take too long to get used to the roads and we came away with a great result.”

The Carringtons Safari Rally is regarded as the most grueling event of the WARC and is run over challenging roads around Chidlow.