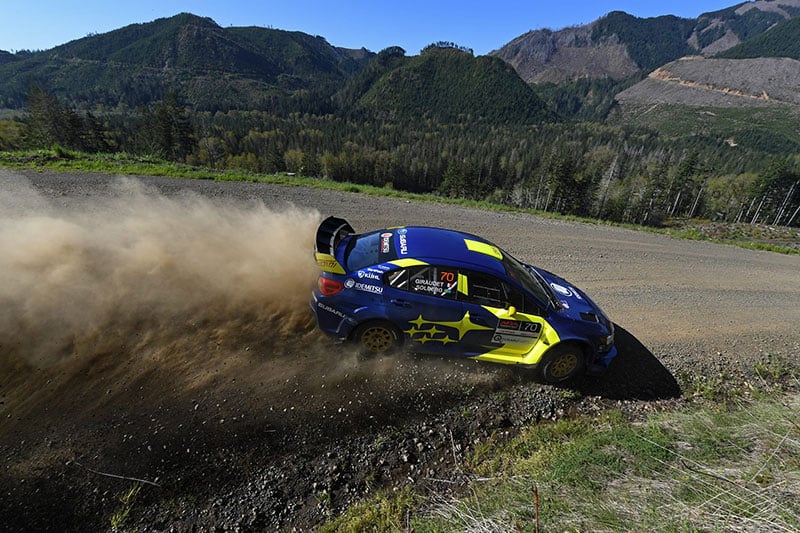 He beat his Subaru teammate David Higgins, who had lost time on the opening day with brake pipe trouble.

Oliver’s guest co-driver for this event was veteran Denis Giraudet from France for whom, despite competing in over 400 rallies worldwide, this was his first event in America.

In 1993, Giraudet had also been a substitute co-driver on the WRC 1000 Lakes Rally in Finland for Juha Kankkunen, which they won, a result which helped Juha on his way to win his second world title.

Will there be titles for Oliver in the future? 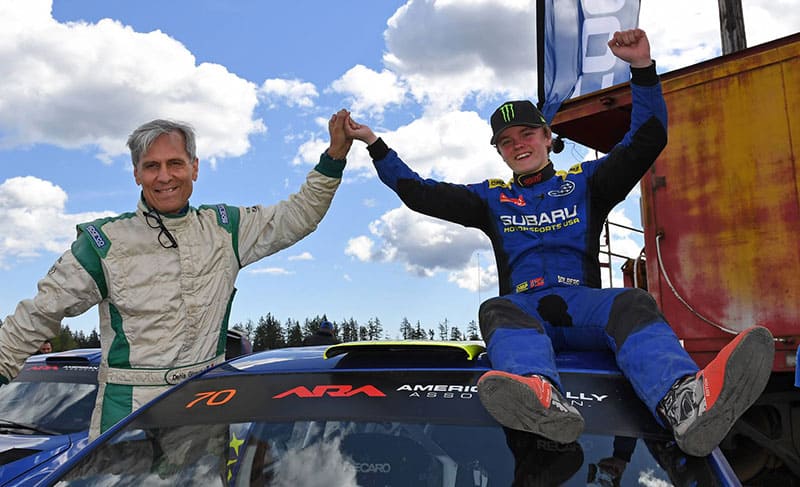 “Winning my first event for Subaru is an amazing feeling,” Solberg said.

“This is my first time at the Olympus Rally and I’m working with a new co-driver, plus I was first on the road all weekend which meant the surface was very loose.

“But the Saturday stages gave us a lot of confidence, and Denis and I pushed as hard as we could on the last stage today to hold on for the win.

“When we got to the end of the last stage, it was like a dream had come true for me. My mom was first to the car and then dad… you know we have all worked hard for this and I have a lot to thank those guys for.

“Us Solbergs, we’re an emotional family and this was an incredible, incredible moment for us all.” 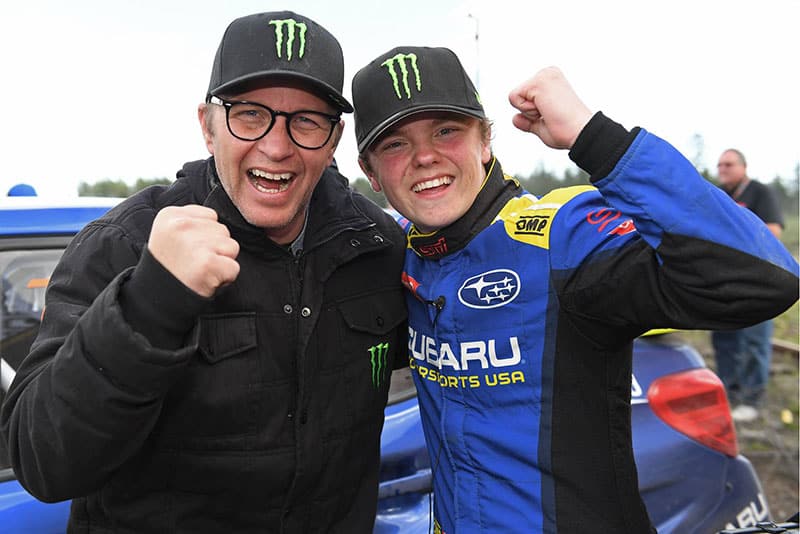 Petter and Oliver Solberg celebrate the 17-year old’s win in the USA.