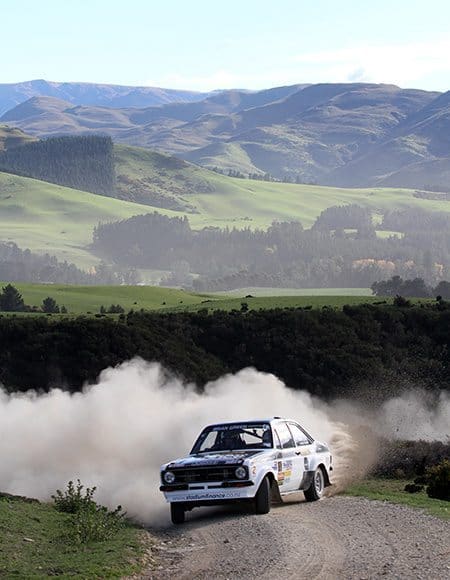 World Rally Championship star Hayden Paddon has dominated the first day of the Stadium Cars Otago International Classic Rally, finishing the day over a minute and a half in front of Scotsman Alister McRae.

“It’s been a fun day, and it’s great to be back in the BDA and sliding around on some of the best roads in the world,” Paddon said at the conclusion of the final stage.

“The car has gone really well, although the team have had to replace the differential before tomorrow’s stages.

“We had a spin on stage four this morning which cost us around 20 seconds, but apart from that the day has gone well.”

Despite being well behind, McRae hasn’t given up hope of victory with seven long stages still to run.

“Hayden’s really pushed hard today and has driven well, but you never know what might happen,” McRae said.

“I’d like to be pushing harder and matching his times, and it’s at times like these when I wish I wasn’t driving my own car,” he grinned.

“The stages have been dry-packed and fast, and we’re looking forward to day two.”

In third place after the opening day is the Mazda RX7 of another former winner, Marcus van Klink, but he has suffered brake problems and has been unable to catch the Escorts out in front. 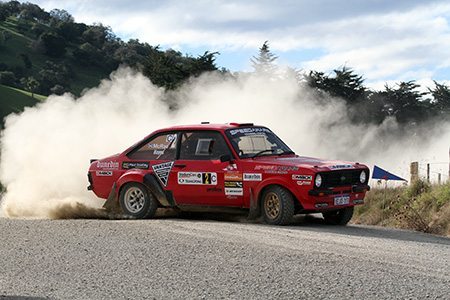 Alister McRae is second in his Escort RS1800.A high attrition rate in the event saw many of the front-runners fall by the wayside on day one, starting on the very first stage when three-time winner, Derek Ayson, blew the engine on his Ford Escort.

New Zealand rallying icon, and former national champion, Brian Stokes, was third after five stages, but he rolled his Escort 10km into stage six, allowing the Porsche 911 Carrera of Dunedin’s Allan Dippie to move into fourth place, just three seconds ahead of Deborah Kibble in a Mitsubishi Lancer.

Others not so fortunate included Regan Ross (Escort) with clutch failure, Brodie Anderson (Escort) with engine failure, and the Nissan 240RS of Australian John Spencer, which dropped oil pressure.

Ross, Brian Stokes and John Spencer are all expected to rejoin the rally tomorrow.

Heading into the final tarmac street stage in front of a huge crowd around the streets of Dunedin, Paddon was just 0.3 of a second behind Campbell, but a spin cost him valuable time. However, with seven stages still to run, he’s still capable of causing a massive upset.

Day two of the Stadium Cars Otago International Classic Rally heads south of Dunedin for a further seven stages, including some of the rally’s most famous stages – Whare Flat, Waipori Gorge and Kuri Bush.

The champagne presentation will take place at the historic Dunedin Railway Station from 3pm.