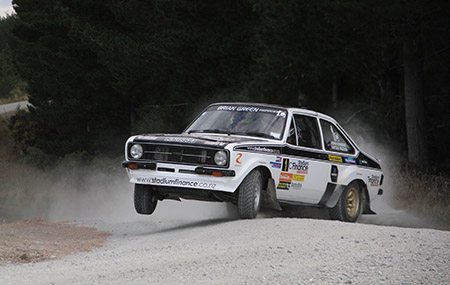 Paddon and co-driver, John Kennard, won 15 of the event’s 16 special stages as they demolished the field, and incredibly also won the New Zealand Rally Championship component of the event – a feat that hadn’t been achieved by a two-wheel drive car for nearly 30 years.

Former winner Marcus van Klink was second in a Mazda RX7, while Scottish star Alister McRae took third in a Ford Escort RS1800 after dropping a place over the final day’s seven stages.

Heading into the final day, Paddon held a comfortable lead, and provided his BDA continued to prove reliable, victory was his to lose. It did just that, and he and Kennard stormed through the day’s stages to secure an historic victory.

After winning the New Zealand Championship component of the rally on two previous occasions, this was Paddon’s first win in the Classics, after two prior attempts.

“First and foremost we enjoyed ourselves and came here and had a lot of fun, so the result’s a bonus,” Paddon said.

“Initially we were only chasing the classic win, but after the last service when the overall gap was down to 17 seconds we thought that we’d have to have a bit of a huff and puff and actually try from here.

“We pushed hard in the last two stages and managed to get the win in both events, which is great.

“It’s not a World Rally Car and it’s not a world rally, but at the end of the day it’s still a good result and hopefully it will give us some confidence in the WRC events coming up after the wretched luck we’ve had recently.

“The driving style in this car is totally different and there’s a lot more sideways driving, but it means you have to focus on corner speed and push the car a bit more.

“But we’re thrilled with the victory.” 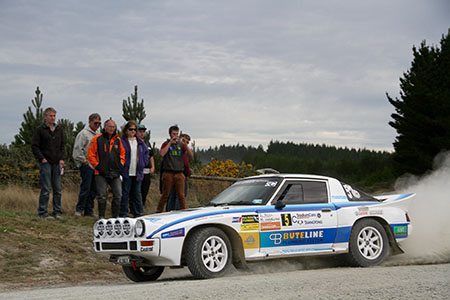 Paddon now heads to Poland to test for the Hyundai factory team, ahead of the next round of the World Rally Championship.

Alister McRae’s second place was lost on the second stage of the final day when a wrong pacenote saw him go off the road and hit a bank, puncturing a tyre.

“I had it noted as a flat left over crest. It wasn’t!” McRae lamented. “Then the jack broke and it took us seven minutes to change the tyre, but I’ve enjoyed the event immensely and can’t wait to come back again.”

This moved van Klink’s Mazda RX7 into second place after a difficult rally with major brake issues on day one. However, with McRae charging back up through the field late in the rally, he found his rhythm and held off the flying Scotsman.

Dunedin’s Allan Dippie took a brilliant fourth place in his Porsche 911 Carrera RS, while Australian Grant Walker round out the top five in a Ford Escort RS1800.

Only 14 of the original 30 starters in the classic event made it through all the stages, proving that the Otago Rally is still one of the most hard-fought, and challenging, events in New Zealand. It remains the Southern Hemisphere’s most popular classic rally.