Arron Windus has started his 2021 rally season brilliantly, finishing fourth in the opening round of the Australian Rally Championship in Canberra.

Windus and co-driver, Daniel Brick, also secured second place in the championship’s Production Car Cup after two tough days of competition on some of the country’s most famous rally stages.

Driving a Subaru Impreza WRX, Windus and Brick struggled early in the event as they battled to come to grips with a new car, and a brand new event for them.

Under pressure to finish the rally in one piece, Windus started the rally more conservatively than he should have, and after a puncture on the sixth stage, his chances of a good result were looking grim.

“Canberra is such a rally of attrition that I was driving well within myself, but I had also gone away from the driving style that has made me successful in the past,” Arron admitted.

“We were eighth after the first day, and after a few discussions with the team, I decided to push harder on the second day and try and push higher up the leaderboard.”

That he did, and with a high attrition rate over the rally’s rugged stages, he quickly regained form and moved into fourth place.

“There’s no doubt that this car is a lot different to the Subaru I have driven in previous rallies, and it took a lot of getting used to.

“But I really enjoyed the Sunday stages in the Brindabella area and as the rally wore on, I got more and more comfortable behind the wheel.”

“It puts us fourth in the championship and second in the Production Cup, so we now go to Queensland in May with renewed confidence,” Arron added.

“The Activ RallySport team did an awesome job keeping the car in great shape in Canberra, and it has given us the ideal start to the season.” 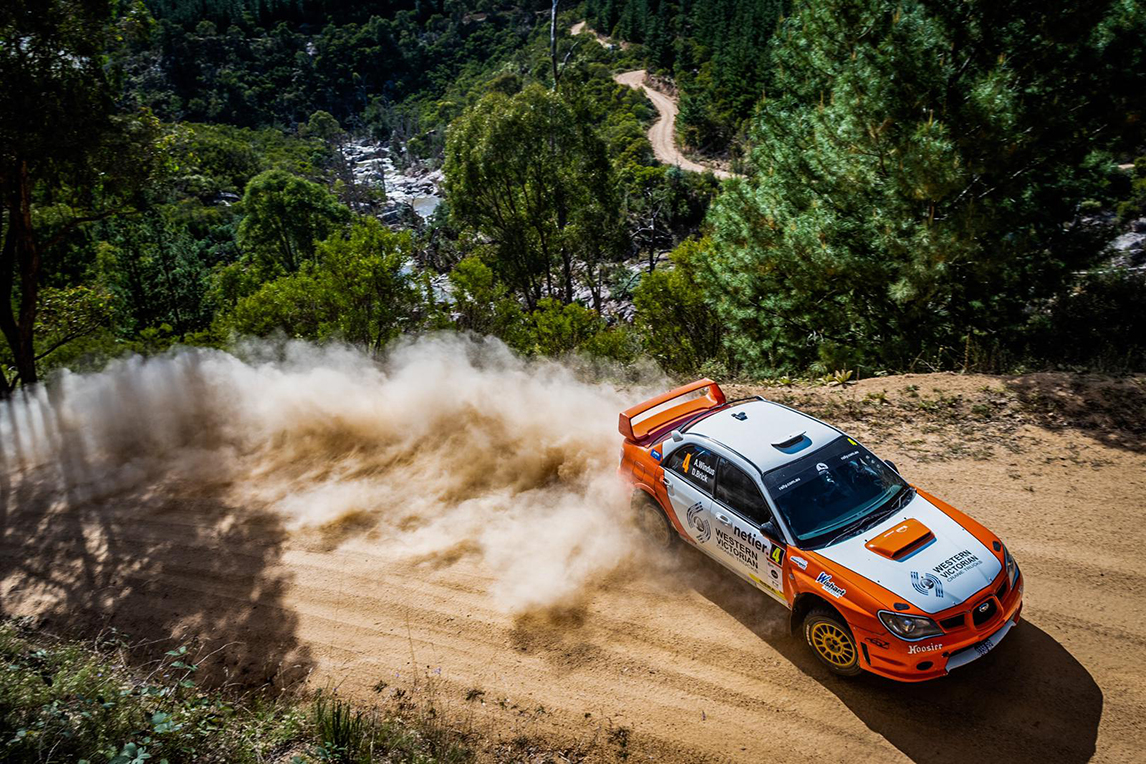 The senior member of the Western Victorian Crane Trucks rally team didn’t have such a happy end to the National Capital Rally.

Darren Windus has started brilliantly, and was in fifth place after the opening day in his Subaru WRX.

He and Joe Brick maintained that position through the opening 11 stages of the 14 stage rally, but their rally would come to an end on the 12th stage.

“I was pushing a little hard and didn’t hear the pace note on a ‘right over crest’,” Darren explained.

“The car landed on the bank and rolled, and although it’s not too badly damaged, it put us out of the rally.

“I guess I didn’t take my own advice and got sucked into the fight for a better placing,” he said.

While Arron now has to wait until Queensland in May to compete again, Darren will be back behind the wheel this weekend for the second round of the Victorian Rally Championship.

He’ll drive the car Arron drove in Canberra, and is hopeful of getting his state title big off to a winning start. 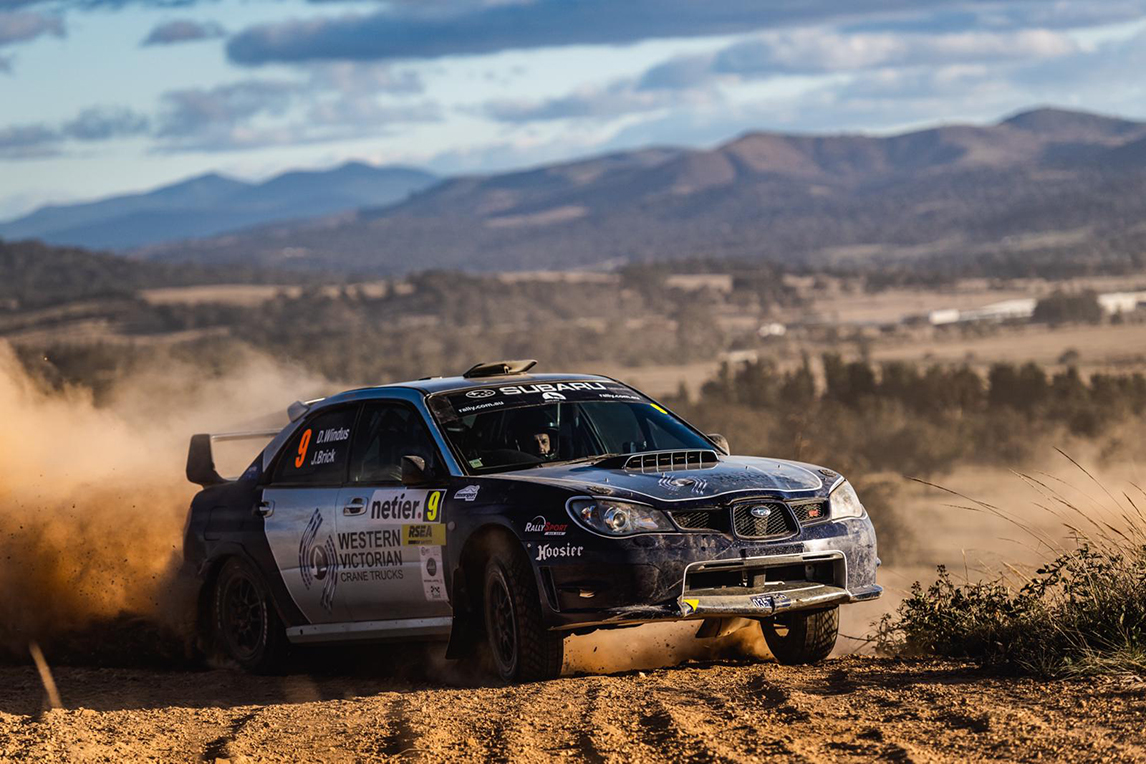 Darren Windus was in 5th place until an unfortunate roll on the final day of the rally.